Vicki Lawrence: From Carol Burnett to "The Cool Kids" 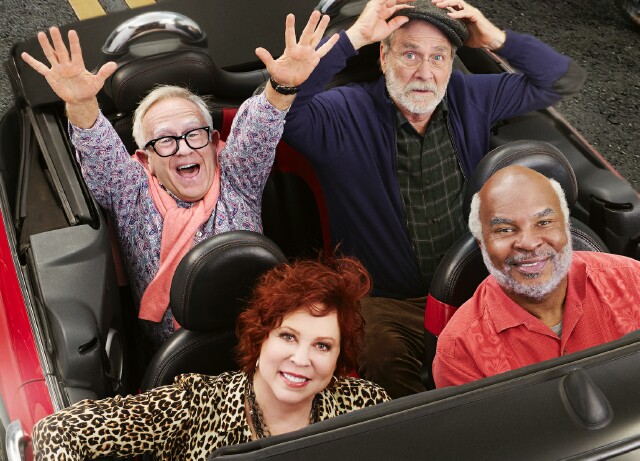 As the character of Thelma Harper in Mama’s Family, comedienne Vicki Lawrence became one of the most recognizable faces in television history. That wasn’t very surprising, given the fact that Lawrence had attended The Carol Burnett School of Comedy as a regular on Burnett’s classic variety series (where Lawrence created Mama).  After sending Burnett, her idol, a fan letter, she was plucked from obscurity and offered a plum role as a member of The Carol Burnett Show troupe.  While there’s no doubt Lawrence has always been “cool,” at the ripe young age of 69 she has officially become one of The Cool Kids, courtesy of a starring role on the new Fox series of the same name.  “It's fun being a cool kid,” she said with a laugh during an exclusive sit down with MediaVillage.  "It's kind of like walking into a little dream job."

Her three Cool Kids co-stars are (pictured above, counter-clockwise from top left) Leslie Jordan, Martin Mull and David Allan Grier, all playing residents of a retirement community where a male-dominated hierarchy is firmly enforced.  Enter new resident Margaret (Lawrence) determined to topple the establishment and assume her place at the table.  While Lawrence is delighted to be a part of the ensemble, it's a part for which she almost didn't audition.  Yes, it’s true -- despite her impeccable comedic pedigree, Lawrence still auditions.

"You do have to audition when you get old," she shared with a smile.  "First, they need to know that you’re coherent.  Second, the casting people are all young, don't have a lot of history, may not know you, yet might expect Mama to walk in the door.  That's happened, with people saying, ‘You're much younger than we thought.’ 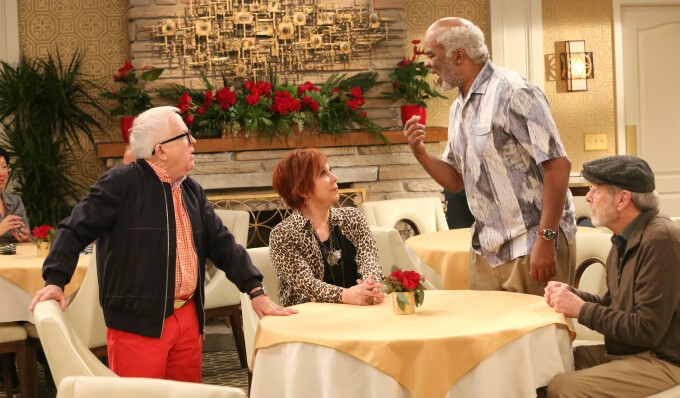 According to Lawrence, she was in the middle of filming The Carol Burnett Show 50th Anniversary Reunion and really just wanted to hang with her old friends when the offer came along.  But persistence on her agent’s part saw her making the trip to Santa Monica for a meeting; it just had to be on her terms.  "I wasn't going there at night,” she recalled., “I said, ‘Okay, I'll do it Thursday at 11 a.m. and be out before the traffic in the afternoon.’"

Thankfully for Lawrence, the casting director was a huge fan, and instead of reading, opted to mine her for valuable information with regards to casting the show.  “She wanted to know how we got the chemistry on The Carol Burnett Show,” Lawrence revealed.  "She wanted that for this show so badly, so I told her it was magic.  I mean the ways we were all found are odd, strange, little stories and maybe a trickle down from Carol?  But this feels the same.  This felt like home from that first day of rehearsal."

Ever since writing that fan letter to Burnett all those years ago, Lawrence refers to herself as having been "kidnapped by showbiz.  Yet she's never regretted giving up her dream of being a dental technician and is forever grateful to Burnett and her school of comedy.

"I learned so much, it really was like going to the Harvard School of Comedy in front of America," she recalled.  "I had the best teachers in the whole world; you could just sit and watch them rehearse and pick up a lot of it by osmosis, watching good people doing what they do so well.

"From Carol, I think I learned that showbiz should be fun and if you are not having fun you're doing it wrong," she added.  "Carol had a show to run, so Harvey (Korman) took me under his wing, like a private tutor, and he taught me most everything I know about comedy -- from props to dialects.  When I first started he said, ‘Forget stage right or stage left, you can't even find the toilet.’  I think being the team player he was, he set about to make me a comedian."

For the moment, Lawrence is happy placing her iconic Mama's Family character "in the back seat for a little while" while shooting The Cool Kids.  She's eternally grateful Mama has never been off the air and hopes she and Burnett will play together again soon.  "I'd give my right arm to have Carol do a spot [on this] and as she calls it, ‘Play in the sandbox.’  I think this show’s kind of untapped, as there are so many older actors at home that would love to come and play with us. I'm hoping they'll do that a lot."