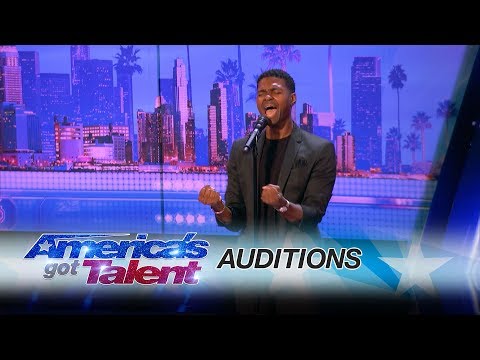 Summer has only just begun, and already – thanks to NBC – we have seen what will likely be one of the top TV moments of the season, courtesy of the best reality competition show on any network, America’s Got Talent.  My fondness for this show has been well documented here in the past, as has my appreciation of the hugely impactful integration of sponsor Dunkin’ Donuts into the program.  (As I said in 2015, America does indeed have talent and AGT does indeed run on Dunkin.’)  But even though AGT presents literally hundreds of people each summer doing what they do best (or what they think they do well) in pursuit of careers as entertainers (and the show’s whopping big prizes) or, at the very least, a few minutes of fame, it can often take weeks of watching before someone comes along who truly deserves superstar status.  That happened this week when Johnny Manuel, a young man from Flint, Michigan, of otherworldly talent, took to the AGT stage and belted out the Whitney Houston classic, “I Have Nothing” (see video above).  He’s the one.  Competition over.  If you didn’t see it, and you don’t want to take my word for it, check out the expressions of pure bliss on the faces of judges Heidi Klum and Simon Cowell below.

Speaking of Cowell, I hope everyone involved with ABC’s upcoming reboot of American Idol – the show that made Cowell a household name – is paying close attention to AGT right now.  For one thing, it has in recent years unfailingly presented sensational singers of all ages who could mop the floor with everyIdol winner from its final few seasons.  For another, AGT has perfected that exceedingly rare balancing act between the star-shine of its celebrity judges and the eager enthusiasm of its contestants. 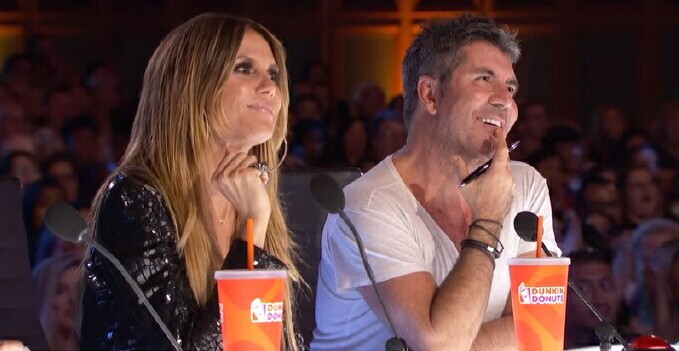 In other words, judges Howie Mandel, Mel B, Heidi Klum and Cowell add immeasurably to the entertainment value of the show without ever stealing the spotlight from the talent, which is what people are watching the show for.  Idol totally lost sight of this simple understanding when it began filling the seats at its judges table with such dazzling superstars as Jennifer Lopez, Steven Tyler, Keith Urban, Nicki Minaj, Mariah Carey and Harry Connick Jr. and the show began focusing as much on them as the talent on the stage.  NBC's The Voice has taken a similar path, filling its spinning red chairs with multiple mega-stars (always anchored by the invaluable Blake Shelton and Adam Levine), which may be why it hasn't produced any stars of note.

But that’s old news.  Johnny Manuel is today’s news.  I trust that AGT will continue to make news throughout the summer and into the run-up to its annual season finale, impeccably timed to draw a large audience to NBC while the network is busily promoting its new and returning fall programming, which it also does on this show throughout its almost four-month run.  (As a scheduling strategy this is pure genius.)

The other big fun of AGT is the opportunity to identify comparative oddballs who somehow capture the audience’s heart and impress the judges.  That has already happened this season as well with the performance a couple weeks back by a singing clown named Puddles, known for appearing in small venues around the country with his crowd-pleasing act, Puddles Pity Party.  Just click on the video above to see how he pleased the AGT panel and audience, as well.

I expect to see Puddles in the semi-finals later this summer, and as noted above I’m predicting big things by season’s end for Johnny.  I said the same in 2015 about Oz the Mentalist, who didn’t win the top prize that year but seems to be doing quite well these days as a frequent guest on the Today show among other accomplishments.  Let the competition continue … and pass the donuts.