Video of the Week: Donald Trump Meets "The Honeymooners"! 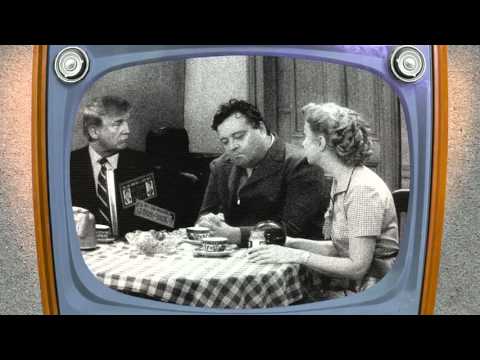 Digital technolgy has made just about anything possible. Just consider this video clip from the mid-Fifties marvel "The Honeymooners," in which billionaire self-funded presidential candidate Donald Trump pontificates in the shabby kitchen of cash-poor Manhattan bus driver Ralph Kramden (Jackie Gleason) and his wife Alice (Audrey Meadows), with typically combustive results from the man of the house.

I often meet young adults who, shockingly, have never seen an episode of "The Honeymooners" or have chosen not to watch it because it is in black and white. The same is true of "I Love Lucy" and "The Twight Zone." They may have come and gone more than a half-century ago -- and they may sometimes resemble something from one of those alternate dimensions or distant planets that fueled so many of those "Zone" storylines -- but collectively these invaluable classics hold an important position in the history of the medium. Anyone unfamiliar with them who claims to be a student of television or to simply appreciate TV at its best should binge watch ASAP.