Video of the Week: Fuse Brings Transcendent to TCA 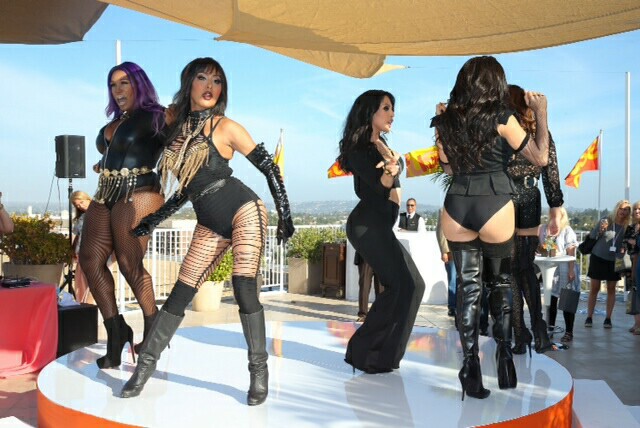 As ever, one never really knows what’s coming next during a typical day at a Television Critics Association tour – especially during the cable portion. Case in point: The grand finale to the many presentations on Friday was a party thrown by Fuse that proved once again that a smallish network largely off the radar of most critics can break right through and be noticed at this twice-annual event. The Fuse bash topped off a day of memorable panels for such well-received offerings as BBC America’s new adventure series “The Last Kingdom” (from “Downton Abbey” producer Gareth Neame); Starz’ upcoming horror action series “Ash vs. Evil Dead” (instantly one of the most talked about new series of the tour) and dramatic limited series “Flesh and Bone” (about a young woman who joins a prestigious ballet company in New York City); the IFC comedies “Gigi Does It” (starring David Krumholtz of “Numb3rs” as a 70-year-old widow and grandmother) and “Documentary Now!” (a series created by Fred Armisen, Bill Hader and Seth Meyers starring Armisen and Hader that will consist of parodies of well-known documentaries), and AMC’s breathlessly anticipated “Fear the Walking Dead.”

I lost touch with Fuse many years ago after a brief period when it seemed to hold great promise as the new MTV. That didn’t happen, perhaps because in the digital age it would seem there is no new MTV to be (a challenge with which even MTV continues to grapple). So, like most TCA members, I was caught off guard by Fuse’s dazzling party Friday night in the penthouse and rooftop terrace area of the Beverly Hilton, which was modest as TCA parties go but more effective than most of them in promoting its message. That message was this: Fuse is going to relaunch at the end of September as a music, comedy, culture and lifestyle network. If the vibe of the party is a true reflection of what’s coming, Fuse could lose its reputation as the younger, edgier MTV and instead become known as the younger, edgier Bravo.

The talent at the party was all new to me (and many of my colleagues), including the group Transcendent, comprised of five transgender women known for their performances in San Francisco who will star in the new reality series “Transcendent” set to debut September 30. They proved to be TCA show-stoppers, as you’ll see in the video below.