Video of the Week: Vulture’s “All the Marvel Movies in 7 Minutes” 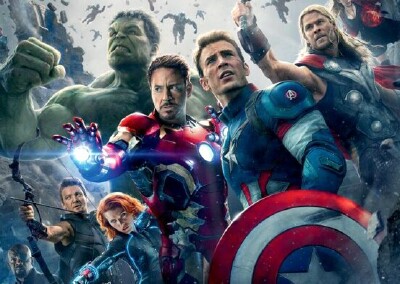 New York Magazine’s essential online entertainment resource Vulture this week posted a video that ought to be of great interest (if not incredibly useful) to anyone who follows movies or television. It’s a primer of sorts for the upcoming theatrical film “The Avengers: Age of Ultron,” which will likely be the biggest of all the summer blockbusters thundering our way.

Titled “All the Backstory for ‘Avengers: Age of Ultron’ in 7 Minutes” (or, on YouTube, “All the Marvel Movies in 7 Minutes”), it uses clips from Marvel Films to summarize the ten movies set in the “Marvel Cinematic Universe” (MCU) that have fed characters and plot points into the growing and sprawling collective saga of Marvel’s many past and present heroes and villains. The video makes clear that the ten movies prior to “Ultron” have been building upon each other in ways large and small, from introducing specific characters and giant criminal organizations to layering in small but important details (like the location of the all-important Infinity Stones, which I won’t go into here, except to note that various stones and clues have been sprinkled throughout several of the Marvel films including “Guardians of the Galaxy,” which otherwise has very little to do with what’s going on in the MCU, at least for now).

Forget the many crummy low-budget Marvel movies that came before, or the “Spider-Man,” “Fantastic Four,” “Wolverine” and “X-Men” movies of more recent vintage, which for reasons having to do with corporate deal-making are not a part of the MCU (not yet, anyway). The MCU as it is currently known and embraced began with the first “Iron Man” movie and the first “Incredible Hulk” movie, both in 2008. It has since featured the two “Iron Man” sequels, two “Thor” and two “Captain America” movies, the first “Avengers” movie and “Guardian of the Galaxy” – along with the ABC series “Marvel’s Agents of S.H.I.E.L.D.” and “Marvel’s Agent Carter” and the brand new Netflix entry “Daredevil,” which feels in every way very different from the rest but has set its narrative in the aftermaths of events in “The Avengers” and “Captain America: Winter Soldier.”

For those not in the know, that means “Daredevil,” which is set in the present day in the Hell’s Kitchen neighborhood of New York City, owes much of its storyline to criminal activities involving the rebuilding of much of Manhattan after the widespread destruction in “The Avengers” and has referenced the disbanding of S.H.I.E.L.D. in “Winter Soldier,” an event that also had a profound impact on characters in ABC’s “S.H.I.E.L.D.” series. Netflix is planning three more Marvel hero series set in or around Hell’s Kitchen featuring the characters Jessica Jones, Luke Cage and Iron Fist, and then an additional series in which those three join forces with Daredevil to fight crime, which will serve to further extend the reach and frequency of all things Marvel.

There has never been a media construct quite like the MCU, with continuous properties in movie theaters, on broadcast television and now on a streaming service actively supporting and building upon each other (supporting characters from the MCU movies turning up on ABC’s “S.H.I.E.L.D.,” etc.) That’s what makes videos like the one Vulture gave us this week so much fun – and so important to anyone who hasn’t spent years or decades reading the comic books that provided the source material for all of this. The MCU is worth getting to know, as it is only going to grow and further expand in the years to come. The “Ultron” primer and other Marvel-related videos and stories on Vulture should prove to be outstanding in that capacity.