Videos of the Week: Fond Farewells to David Letterman 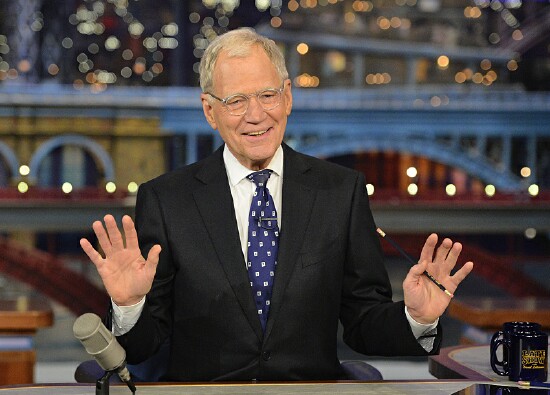 Many critics have declared that David Letterman’s retirement from CBS’ “The Late Show” and from late night television overall marks the end of an era. In most cases they are referring to the era that began on February 1, 1982 when “Late Night with David Letterman” debuted on NBC. It seems to me that if the medical community wanted to identify the origination point of the epidemic of sleep deprivation that is threatening the health of millions of Americans that date would probably be it.

Frankly, I think the timeline of the era that ended late Wednesday night/early Thursday morning with Letterman’s final and extended goodnight (seen in the clip below) traces all the way back to the start of the “Tonight Show” with Steve Allen. The arrival of that show on a still young medium changed just about everything people expected from television. The chain of hosts in that franchise has been extraordinary, but I will forever think of Steve Allen, Jack Parr and Johnny Carson as the true legends of “Tonight” and Jay Leno, Conan O’Brien and Jimmy Fallon as the new guard.

If anything Letterman, who was never a “Tonight” host, was the bridge between the two “Tonight” eras. For ten years he perfected the art of late night talk and comedy nestled behind “The Tonight Show with Johnny Carson.” He made no secret of the fact that he considered Carson a mentor, and the famously cool Carson’s warm fondness for Letterman was no secret. (Carson’s last-ever appearance in late night was on May 13, 1994, when “Late Show” originated for a week from Los Angeles, as seen in this clip.) Letterman would later display a similar fondness for Conan O’Brien, who replaced him on “Late Night.” (More on that below.)

So with Letterman gone (and, for that matter, Leno, with whom Letterman was tangled up in a prolonged and unfortunate mess at NBC when it came time to find a new host for “Tonight”) the old era has really and truly and finally fallen away. Incredibly, Conan O’Brien is now the elder statesman of late night television, and while he did much to build on the changes Letterman brought to late night, it is Jimmy Kimmel, Jimmy Fallon and James Corden who are truly taking the day-part into the future. At the moment we can only wonder how Stephen Colbert will fit into the mix.

Letterman’s retirement (if that’s what this is) has certainly resonated across much of television, with time period competitors Fallon, Kimmel and O’Brien offering heartfelt tributes on their shows this week. Kimmel and O’Brien went so far as to urge viewers to either record or ignore their own shows and watch Letterman’s final show Wednesday night.

Fallon, in his tribute, recalled how Letterman was the first late night host to return to work in New York City following 9/11 and how he helped bring people back to some sense of the everyday in the shaky new normal that was taking shape during that terrible time. He also recalled his eighth grade teacher predicting that he would one day take Letterman’s place on “Late Night”! Fallon produced the page from his eighth grade yearbook that forever documented that teacher’s prediction. You’ll see it in the clip below.

Kimmel gave the most moving tribute. (In fact, he chokes up about three minutes into the clip below.) As a teenager he was absolutely obsessed with Letterman and “Late Night.” An aspiring cartoonist, he recalled staying up late during high school, drawing cartoons and watching his idol. His mother had the words “L8 Nite” written in frosting on the cake for his sixteenth birthday. The license plate on his first car read “L8 Nite,” just like the cake. Check this out:

O’Brien spoke right from the heart, reminding viewers that he was brought in to replace Letterman as host of “Late Night” when Letterman accepted the offer from CBS to head up a new late night entry called “Late Show.” O’Brien’s first few weeks were widely considered disastrous.

“I was a complete unknown with absolutely no experience performing on television,” O’Brien recalled on his TBS show the other night. “I wasn’t prepared. After going on air in September 1993 I got the shit kicked out of me. Critics despised me, ratings were bad … By and large people were right. I was in way over my head. Everyone thought I should be cancelled.”

After “four dreary months,” O’Brien continued, he received word that Letterman wanted to appear as a guest on his show. “At the time he was the biggest thing on television,” O’Brien said. “On February 28, 1994 David Letterman walked onto my set and blew the doors off the place.” Everything changed for O’Brien that night. (There’s a quick clip from that particular show around the 4:30 mark in the clip below.)

What better way to say a final goodbye to Letterman than by once again enjoying what will likely be his last-ever Top Ten List? (Or maybe not. Wanna bet he’ll visit Colbert or Kimmel sometime with a fresh one?) It’s titled Celebrity Top Ten Things I’ve Always Wanted to Say to David Letterman. Between them, Alec Baldwin, Barbara Walters, Steve Martin, Bill Murray (who certainly made a name for himself this week with his appearances on Letterman’s two last shows and a wobbly stop at MSNBC’s “The Last Word with Lawrence O’Donnell” in between), Chris Rock, Peyton Manning, Jerry Seinfeld, Jim Carrey, Tina Fey and Julia-Louis Dreyfus said it all. My only lingering question is, where was Regis?