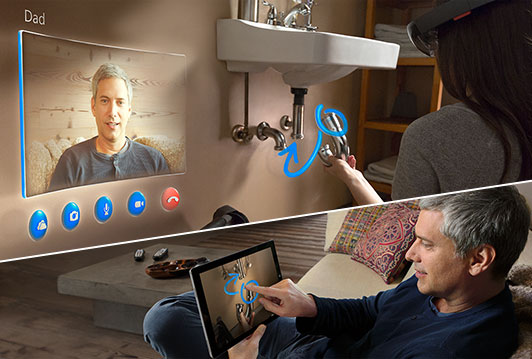 As we approach this year's annual jaunt to Las Vegas for CES, I will be looking for the innovations that represent a meaningful step forward in how we experience the world, consume media and, of course, experience advertising. Of importance at CES will be our vision and theories about how these new technologies will change how consumers connect to brands in more meaningful ways. Virtual Reality is one to watch.

The Greeks' "theories" of a round rather than a flat earth showed up in maps around 1250, opening trade lines and enabling cultural exchanges and communication.  That's a long time ago, but in some respects, we still live in a flat world.  TVs are flat.  Cell phones are flat. Computer screens are flat.   Each of these are trying to escape being flat by adding aesthetic curves, but they are still two-dimensional.

Virtual Reality devices will help us see 360 degree content more easily.  For example, I recently watched the Jaunt VR ABC News' coverage of the precious spaces and antiquities in Damascus, Syria. Although not truly Virtual Reality, the 360 video immersed me and it was as if I was standing with the reporter as he told the story. I felt as though I was part of the storytelling experience.

I've also recently experienced a Paul McCartney concert in Virtual Reality.  It was amazing to look around at the stage, at the audience and even the sound pit as if I was there, in the moment.  The music and the visuals literally surrounded me and I felt like I was in Paul McCartney's band.

Entertainment and ad content will be more exciting than ever.  The travel industry is going to provide us with inspiration so real we will feel we are at destination before ever leaving our homes. Marriott is already doing this with its first-ever virtual travel experience.

Of course, video games have always strived to be first person.  Virtual Reality will make these experiences even more real, yet of course, not without controversy.  Neck strain and Virtual Reality sickness are real concerns for those who leverage the technology for long periods of time.

But beyond gaming, Virtual and Augmented Reality will provide education and inspiration well beyond what is possible today.  Today's school field trips to local farms will become virtual field trips to farms in Peru.

Business is already changing.  Kantar Retail Virtual Reality is creating virtual stores and shelves to visualize the consumer experience.   Visualizing products on shelves or the big data behind it will be significantly helped by leveraging Virtual and Augmented Reality.  We will be able to analyze more complex data sets by visualizing the patterns.

However, it's really tough to know how Virtual and Augmented Reality feels unless you experience them yourself.  Earlier this year I was lucky enough to try a prototype of Microsoft's HoloLens in Redmond.   The demo in which I participated was about fixing a light fixture.  In my demo, I wore the HoloLens headset and someone was on Skype elsewhere. I could see through the HoloLens glass to the light fixture I was supposed to fix.  I could also see an Augmented Reality video frame of someone on Skype.  The person on Skype could see what I was looking at through the cameras on the HoloLens. The person on Skype used his tablet to draw a hologram around the tool I was supposed to use to fix the light fixture.  He was literally showing me what to do. I could also hear the person on Skype giving verbal instructions while he was drawing the hologram.

And then, at that moment, I started to cry, thinking of my mother who had been ill and was far away from me.  I had been feeling very helpless about not being able to help her with her medications or even understand her doctor's instructions.  During this demo, I realized the power of the technology.  If my mom could wear a HoloLens in Florida, and I could use Skype in Michigan, I could see what she sees.  I could interact with her and show her which pills go in which container by using Augmented Reality as an overlay to her real world experience.  I could help my mom and communicate as if I were there with her. What a feeling that would be.

As a result, my expectations of "old world digital devices" have changed.  And realistically, the lowering costs of technology, growing worldwide device access and new forms of content creation portend to fundamentally change our world.  I am eager and expect to have Virtual and Augmented Reality capabilities in all of my digital devices and experiences in the future.

As Jacques Rousseau, an 18th century philosopher stated, "The world of reality has its limits; the world of imagination is boundless."   As we think about CES -- about packing the right walking shoes, the week of meetings and events and the amazing technologies we will see -- we should be hopeful that our flat world is about to become more round and immersive than we can possibly imagine.