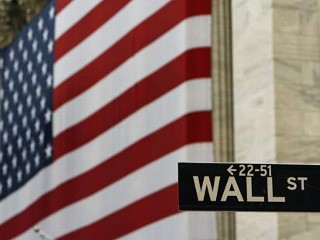 AOL and Verizon: The End of the Beginning

To paraphrase Winston Churchill, Verizon's pending acquisition of AOL is not the end. Instead, it is perhaps the end of the beginning for the company's forays into ad tech and the much broader field of marketing tech into which ad tech is gradually evolving. At least it needs to be for the AOL ad tech business to remain as a competitive force in this field.

Following on reports in January that Verizon approached AOL about a potential acquisition or joint venture, Verizon and AOL agreed this week to a transaction whereby Verizon will buy AOL for approximately $4.4bn. The transaction looks to us as mostly focused on the value that can be realized through the application of ad technologies and related business models to the data that Verizon's mobile devices can produce. Improved monetization of video-related assets are considerations, too, but arguably less important in terms of the reasons why Verizon might want to control an advertising business rather than outsource it.

The AOL transaction should also be viewed in context of wider trends which have involved acquisitions by other large companies looking to better capitalize on the marketing-related assets they possess. Oracle's acquisition of Datalogix and the ADS-Conversant transaction in the latter half of last year serve as other illustrations. More generally, the wide array of companies who have pushed into ad tech and marketing tech to complement the more "obvious" industry participants, and the blurring lines between them highlights the ongoing need for investment in this sector, both in operating and capital expenditure terms.

All of this makes ad tech incredibly competitive. The features and products under development are rapidly changing as older ones mature. Combinations of features and products are constantly in flux and take on many different characteristics, adding to the complexity of the market. For a sense of scaled competition already out there, there are, by our estimates, around 20 independent companies in the space which generated between $100mm and $400mm in net revenue last year. AOL's third party network business plus associated self-service ad buying tools would come in at the top of the range of the independents overall, although its ad buying tools are relatively small by comparison with many of these other companies. Further, many of the independents will have significant scale in their point solutions or buy-side-only or sell-side-only orientations, which may ultimately be more successful business models. Of course, AOL benefits by having captive inventory and customer data at its portal, but we expect many of the other leaders in ad tech can add to their scale, too, whether through organic means or by selling to larger enterprises.

At the same time, everyone operates in the shadow of Google and Facebook, which will still dwarf virtually every other seller of digital advertising and which will possess the capacity to invest internally (if not externally) to deliver any given solution they think the market will want. Further, companies with legacies in software development and marketing technology are only now making their mark with integrated "marketing cloud" solutions, with larger companies such as Salesforce.com, Oracle an Adobe all expanding into ad tech alongside smaller, more focused entities such as IgnitionOne.

This underscores that Verizon will not be able to rest on its laurels as it enters this market. So long as it wants to maintain (or improve) the competitive standing that AOL has established for itself in this space, future investment will be an imperative.

REPORT INCLUDING DISCLOSURES CAN BE FOUND HERE: Madison and Wall 5-15-15.pdf