Warning! AMC's "Preacher" Will Be TV's Next Big Thing 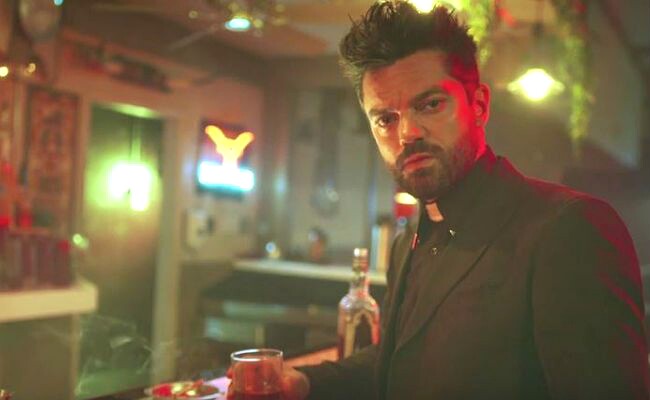 I have seen only the first episode of AMC’s blazing new thrill ride “Preacher” – first in a Pasadena movie theater at a private screening for Television Critics Association members in January, and more recently on my television in Connecticut – so I figure this is a good time to begin weighing in on what will certainly become yet another AMC series that demands perpetual attention in the press as it progresses, not unlike “Mad Men,” “Breaking Bad” and “The Walking Dead.” “Preacher” should fit comfortably into that group, if only because it is not in any way similar to anything else we have ever seen on advertiser supported television with the possible exception of FX’s graphic “American Horror Story” franchise. But where “AHS” has from the start been a hot mess at best (and a stone cold one at worst), “Preacher,” if handled correctly, will quickly develop into a thing of scorching beauty and exquisitely orchestrated madness. How can it not, when its canvas includes an alcoholic vampire, a young man whose disfigured face resembles an anus (that would be Arseface, pictured below) and a man of the cloth possessed by an unspeakable being that is actually something spawned by an unholy celestial coupling? Also in the mix: The spirit of John Wayne, God at His wit’s end and a global covert operation charged with protecting the sacred bloodline of … Wait. That would be spoiling things.

I read each issue of Preacher the Comic Book as it was published from 1995-2000 – that was 66 issues in all, plus a four-part spin-off (The Saint of All Killers) and five special one-offs. Bingeing was not an option, and the month-to-month suspense was palpable. In other words, this story was a part of my life for the better part of six years. Few of the people busily writing about “Preacher” the Television Series will come at it from the same perspective, and many of them are already getting it all wrong, but don’t hold that against them. It takes time to figure this one out, but once that happens it can be enjoyed as an unprecedented indulgence in intellectual and spiritual lunacy – with lots of mind-bending violence and mind-blowing sex to keep its almost unwieldly plotlines at full fascinating boil. 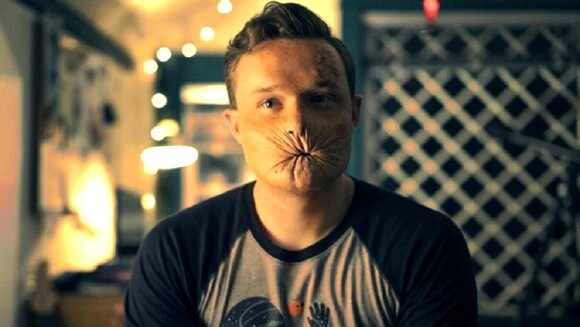 I knew at the time I read it, and still believe to this day, that writer Garth Ennis (a man with one of the most fertile minds among all writers everywhere) and artists Steve Dillon and Glenn Fabry created one of the best comic book series in the history of publishing and one of the most compelling stories of any kind written for any medium in modern American history.  With stunning aplomb, Ennis went on and equaled this feat with “The Boys,” another comic book series that ran from 2006 thru 2012 that was completely different from and yet every bit as profound as Preacher, and like Preacher would seem to utterly defy adaptation for television outside of the pay or streaming arenas. Also, it was even more twisted.

Thinking back, the dark and twisty tale of Preacher was the perfect story for the dreary and despairing 90s, the beginning of what turned out to be a period of perpetual economic oppression, a loss of faith in leadership and great violence in the name of “religion” that continues to this day.  It’s as if Ennis knew what was coming! That assessment will become increasingly clear to all as “Preacher” the Television Series plays out over the course of what I am certain will be a very long run.

If the first episode is any indication, “Preacher” the Television Series won’t be quite the dark delight that Preacher the Comic Book established itself as with its very first issue. Then again, how could it be? Some things simply cannot be filmed for television. For a general sense of what the writers of this show are up against, check out this great column at The Monolith about ten of the comic’s most colorful characters. You’ll have fresh respect for the executives at AMC who dared to take this one on.

The series is more like Preacher the Comic Book-Lite, but that’s a good thing, because starting it off that way gives it lots of wiggle-room right from the beginning, so as not to lock it into its source material the way HBO’s “Game of Thrones” was until this season.

It’s also worth noting that “Preacher” has been excitingly cast, starting with Dominic Cooper (pictured at top) in the title role.

Having veered off-book with the introductions of key characters beginning with the first episode, the show’s creative team has made clear that “Preacher” the Television Series has been somewhat rebuilt on the sturdy foundation of the comic book that inspired it. That’s the “Walking Dead” model, and as AMC has previously demonstrated with the most successful scripted series currently on television, that’s a very smart way to approach projects of this kind.

In every interview they have done to support “Preacher” the Television Series executive producers Seth Rogen and Evan Goldberg have made clear that they have wanted to make this show “forever” and that joining forces with Sam Catlin, one of the co-executive producers of “Breaking Bad,” has made their dream come true. Of course, now they will all have to commit to their demonic little offspring and nurture it into the fully developed monster it is destined to become, because there is no taking it easy with this story, which is supposed to be at all times as painfully intimate as it is explosively expansive, a giant challenge for any artist that makes me tired just thinking about it.

Rogen and Goldberg attended the private Pasadena screening I referred to above and, after introducing the pilot, sat quietly off to the side in what I assume was an attempt to gauge the response of the dozens of TV critics in the room. Sadly, they scampered out the door as soon as the lights came up. (Yes, I saw them scamper.) I wish they had stuck around for some conversation about their project, on or off the record, because – if it hasn’t already -- “Preacher” is likely going to prove itself to be one of the most fascinating and challenging undertakings in the history of American television. With so many great shows coming to an end of late it’s even more satisfying to witness the start of something big.