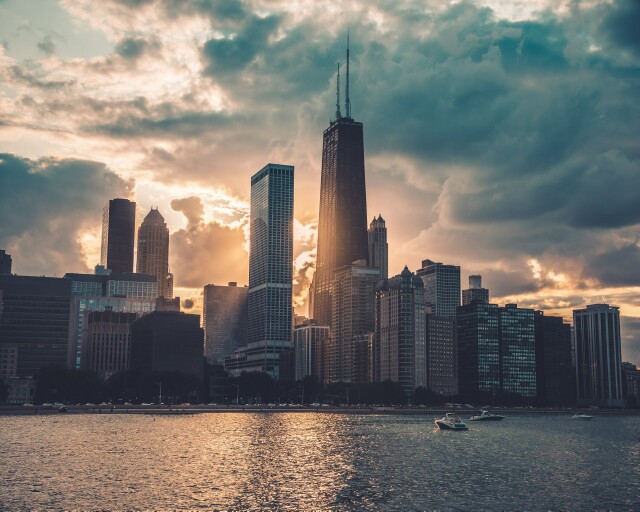 WGN America is crafting a noteworthy new strategic direction for its primetime schedule. That direction, which executives from the Nexstar-owned cable network call a major pivot, is NewsNation, a three-hour block of live newscasting that, starting this summer, will operate from 8 p.m. to 11 p.m. Eastern time and repeat from 11 p.m. to 2 a.m. ET.  The pivot is in response to the increased appetite by viewers for news, as well as a reaction to cord-cutting and the plethora of OTT platforms and streaming entertainment available today.

When this multimillion-dollar venture turns on, viewers will see news coverage that harnesses a team of 150-plus journalists and production staff working from Chicago, along with some 5,400 correspondents across the country based at Nexstar’s 196 broadcast stations and 110 newsrooms — which currently produce over 259,000 hours of news programming a year.  At the same time, NewsNation will exist 24/7 as a programming service through its NewsNationNow.com website and dedicated mobile app, with a goal of launching TV-connected devices down the road.

NewsNation is by far the most ambitious original effort yet for WGN America.  Under previous owner Tribune Media (acquired by Nexstar last September), the network experimented with original scripted series in 2013, resulting in Underground, Manhattan, Outsiders and other acclaimed Americana-themed dramas.  Four years later, the original focus shifted to crime/mystery hours acquired from Canadian and overseas producers, such as Carter, Gone and Pure. 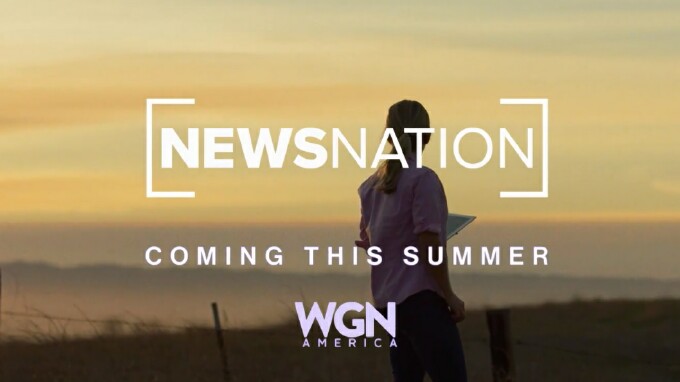 “The reception in the marketplace has been great,” says Dave Rotem, the channel’s executive vice president of sales and marketing.  “The many clients and agencies we’ve met with think our model is a game changer because it's unique and exclusive.  It can’t be replicated.  No one has the infrastructure of the No. 1 local news station group that, combined with WGN America, reaches 100 million homes and 210 DMAs.”  Rotem also points out that NewsNation will have the same journalistic integrity and credibility as Nexstar's award-winning local stations.

“Advertisers know that the value of live programming, from a ratings standpoint, is much stronger than running off-network sitcoms or hour-long dramas,” Rotem adds.  “Viewers watching news are more engaged and more likely to make purchasing decisions.”

For Sean Compton, WGN America’s executive vice president, NewsNation represents the ability to deliver a clear alternative to the all-news channel marketplace, while opening up a nightly news/information window for TV networks aimed at a wide audience.  “What we see is an opportunity to be truly right down the middle, serving America,” he explains.  “We’re looking to reach people who don’t want the talking heads on the [all-news] networks.  They’re looking for straight news, to be informed every night.  We want to cover stories more from the heartland, instead of just from the D.C. beltway or New York City.”

Rotem points out that there is a large, underserved news audience that just wants the facts.  “They are politically agnostic,” he says.  “They don’t want bias.  They’ll make up their own minds.  We have the opinionated cable news networks like MSNBC and CNN that address the left side of the spectrum, and Fox News represents the right side of the spectrum.  Our positioning is in between where there is a void of unbiased news programming in primetime.”

NewsNation can tap that audience base with the resources that Nexstar’s local TV station universe provides.  What’s more, Compton notes, the landscape to introduce a service with those resources couldn’t be better, given the recent big jump in overall TV and all-news network viewing due to the Coronavirus (COVID-19) outbreak.  “They’re soaring now because viewers turn to local news during times of crisis and uncertainty for reliable, trusted information,” he explains.  “Nexstar has every corner of the country covered, and everything in-between.”

With Nexstar reporters available nationwide, NewsNation will spend as much time on coverage from the field as possible.  Breaking news coverage will be a priority, but the newscast will also tackle a developing story, issue or trend in one location, and then explore how that situation is playing out elsewhere.  Recurring segments will focus on business/finance trends, weather, the entertainment scene, health matters, technology and other subjects.

Rotem compares the programming format to NFL RedZone, NFL Network’s fall specialty channel that takes viewers from one crucial live moment in a pro football game to another on Sunday afternoons.  “We’re going to do that with local news that has national implications and relevance,” he says.  “When the Kobe (Bryant) helicopter crash happened, KTLA, the Nexstar station in Los Angeles, was on it immediately [and] provided footage to all the networks.  That story became a national story.  That’s an example of how this format is set up.”

Work on NewsNation’s Chicago studio and staff is on track, Compton says.  The anchor people are on board, with announcements on that group, and the exact launch date, forthcoming.  There’s a possibility that the website and mobile app will launch a week or two beforehand.

NewsNation on WGN America will be preceded early evenings by replays of Last Man Standing Sundays through Fridays and Blue Bloods on Saturdays.