What Do My Wife and Daughter Have in Common? 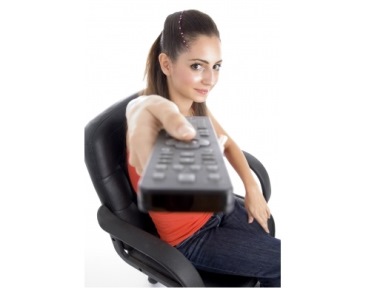 Aside from the same last name, and some shared genetics?

Aside from having lots of things to complain about, all centered around the things that I've done wrong?

My wife Teri is a painter who lives in Connecticut. She drives a vintage Saab, watches a fair amount of TV, and lives in a home with relatively high income.

My daughter Sarah is a psychotherapist who lives in Chicago. She doesn't own a car, is a basic cable subscriber and has a relatively moderate income.

Two very different people, right? But aside from the same last name and shared genetics, because of the way that television is mostly planned, bought and sold, they actually matter the same to an advertiser that targets the W25-54 or A25-54 demo.

Think of the implications of this for a few advertisers:

· Sarah has no value for Toyota, since she's not likely to buy a car for the next few years, while Teri is right now shopping for one;

· Sarah has immense value for J. Crew and the Gap, Teri infrequently spends money there;

· There are two brands they do share- Diet Pepsi and Lean Cuisine- although Teri contributes significantly more purchase volume to both.

National television has been mainly planned, bought and sold using very broad age/sex demographics since the 1960s, when the industry moved from household guarantees to demo guarantees. Someone on the Ad Sales research team did some historical research, and found that the industry started to think about demos because of the launch of a new show targeting youth, American Bandstand. So the industry made a major change in the '60s, and nothing major for the next 50 years.

These broad targets might have been sufficient in the past but both the consumer and media marketplace are just too fragmented for that to make sense today. In the past single programs and networks generated tremendous reach and likewise a brand was able to able to generate huge market share. But in today's world consumers have way more choices on television and across screens and even more choices at the shelf.

In a highly fragmented, ultra-competitive world, advertisers need to target effectively, and insure optimal delivery against the consumers they really care about, their marketing target. There's so much science and precision in how advertisers build those targets, but advertisers lose much of that precision when those marketing targets get converted to media buying targets.

And we're not talking one to one marketing, simply using advanced data sets so that Toyota minimizes the amount of impressions that Sarah receives, and maximizes the amount that Teri receives.

And today, the outlook for the future is even brighter. Thanks to great innovation from companies like Nielsen, Kantar, TRA and Rentrak, the ability of advertisers to work with their agencies to plan, buy and measure delivery against their marketing targets, and the ability of media sellers like Turner to create ad schedules across all platforms to insure effective delivery, is near at hand. There are single source databases out there that integrate media consumption and car ownership, CPG product purchase, cell phone ownership and wireless service provider. On a custom basis we can even link a client's CRM database or segmentation schemes directly to media behavior so that we can optimize their schedule using their own data and specific segments.

While the data exists, it's time to accelerate the industry's adoption of these databases. Work is required by agencies, media sellers, and research vendors to make this happen. Now is an extremely important time to do so, when TV budgets are under pressure because of the economy and from competitors like digital video. The benefit to adoption is simple- greater precision in TV targeting leads to greater ROI for TV dollars.

Turner has recently agreed to license three single source data sets from Nielsen, data sets that focus on CPG, Auto and Telecom. We made the decision to license these data sets after extensive analysis of the reliability and stability of these data, and found that there's sufficient stability to start introducing them into our day--to-day business. We plan to start using these data sets with a few partners, so we can all learn together how to take maximum advantage of the new insights we have available.

You might be wondering why this matters to a media seller like Turner. We believe in the power of TV as a vehicle to drive brands forward, and that the move from broad age/sex demos to marketing target media focus can unlock more of the value that TV offers. We believe in the power of our brands and the programming that drives those brands, and the immense, engaged fan bases that our programming creates. We believe that when we strategically match our content and fan bases with a client's marketing target, it will drive higher ROI for those clients.