What Every CEO Must Know: Mandating Science - Bill Harvey 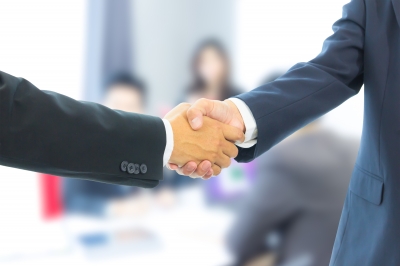 The realization that advertising can make a 25% improvement in stock price changes everything. About 50% more top company CEOs come from finance backgrounds than from sales/marketing backgrounds, and so CEOs don't usually think of advertising as being one of the highest priorities worthy of their thought. The more visionary leaders such as Nielsen's CEO David Calhoun are ahead and bringing others along to realize that the demand side is at least equal in importance to the supply side. As Calhoun said at an ARF conference two years ago, "We've pretty much tweaked the heck out of the supply chain inefficiencies" (or words to that effect) so now it's clearly time to put more time and thought into removing the inefficiencies in seizing opportunities.

At that same ARF conference Laurent Larguinat of Catalyst (the Mars Wrigley in-house consultancy) and I presented a paper entitled "The New Research is Bringing Transparency between Marketing and Finance" , which shows that in the messy real world it is possible to actually measure, not just model, advertising ROI, putting advertising on equal footing with cost savings in factories and all other financial tweaks and outcomes in the arsenal of the CEO.

In this series of posts we have been emphasizing the need for CEOs and CMOs to lead their companies into a new direction in which full advantage is taken of the science that has been available for years, specifically the use of A/B testing of bold new marketing/advertising/media ideas using cable zones to make such testing inexpensive and fast as well as definitive. In one of these posts we announced that Charter Communications is the first to step up to host such tests.

A/B tests are not the only available science that has not been fully taken advantage of in the past. In the prior post we recommend the use of specific biometrics and online picture sorts along with verbal questionnaires in order to capture more of the inner consumer's wants and needs, because most of what drives consumer decisions is emotional and not accurately measurable through linguistic approaches.

Given the backgrounds of so many CEOs in finance, the recent paper by Chuck Young combining the ideas of Nobel prizewinning economist Daniel Kahneman with the latest scientific thinking in advertising research could be fascinating and valuable reading for many CEOs and others in the C Suite.

In this post we will focus on the available science in the area of segmentation not yet being fully leveraged by top companies.

Companies use segmentation to decide on groups to target in advertising and marketing, and the different communication appeals and other tactics to employ in dealing with each specific targeted segment. Pragmatically, the measure of the goodness of a segmentation scheme ought to be the degree to which its use increases shareholder value.

Current segmentation schemes work very well to increase the insight that practitioners have into the customers and prospects for each of their brands, but are not generally well validated to increase shareholder value. This is because most segmentation schemes in use do not utilize actual behavioral purchase data as their main spinal cord. Early in this new century, TRA introduced the idea of such segmentation by enabling the targeting of known purchasers through mass TV, and by instituting a practice of analytics to identify each brand's ROI Driving Segment, a term coined by TRA. By finding those homes that are buying the brand more than they had in the past apparently as a result of exposure to the brand's current TV (and now cross-media) creative, and selecting TV programs that most efficiently reach those homes, the company has proven lifts in ROI as high as +81% and averaging in the +10 to +35% range.

First takeaway re segmentation science: investigate companies like TRA that can match your own customer list to set-top box data.

The CEO and CMO need more science in their segmentation not just for media targeting. The larger opportunity is to better understand the psychographics of the target and therefore how to communicate to them. This requires a different kind of research entirely. We will focus here on two of the leading methodologies being investigated today by the brightest minds in the advertising field.

There are innumerable ways to psychographically analyze human beings. Myers Briggs is one of the best known of these methods, itself deriving from Jung's construct of four functions of consciousness: Thinking, Feeling, Perception, and Intuition. Brain science adds the segmentology of brain chemistry: there are augmenters and reducers, two types of people whose brain chemistry causes them to choose motorcycle racing if their brains give them too little stimulation (behavioral augmenters, brain reducers) or stay-at-home seclusion if their brains give them too much stimulation (behavioral reducers, brain augmenters). Neurolinguistic Programming (NLP) segments people based on whether they prefer to get information visually, or through auditory or kinesthetic channels. The late great Dr. Timothy Joyce and I once created what are today's MRI psychographics based on systematic empirical reduction of all self-referential adjectives in the Oxford dictionary. The number of ways to classify people based on psychological traits is truly amazing.

Today's most promising psychographic segmentation technologies, in my view, are Xyte and 7Inside. The two do not compete since each measures a different dimension of human differences. Xyte focuses on how people use their brains to work. 7Inside reveals the motivational emphasis of individuals. I found out about Xyte from my friend David Poltrack at CBS, who said to me, "I could never say why specific audience promotion worked before, until Xyte." I found out about 7Inside from my friend Tom Kehler, one of the leaders in Artificial Intelligence, whose company Informative (now called Satmetrix) led the social media revolution and spread the word about Net Promoter Effect.

Xyte uses an online 15-minute fun questionnaire to place a person in one of 16 groups based on how they use their bodies, hands, words, and minds to work, their style of attentional focus (broad-gathering associative "Weavers" vs. single-pointed "Drivers"), and their predisposition to working alone or with others ("Singular" vs. "Plural"). Each person using the instrument gets back a page or two of clues as to how to increase leverage based on their strengths and how to work on specified challenges. This means there is a motivation for people to fill it out for their own purposes as well as a reason for companies to collect such data from employees and customers/prospects.

One of the most interesting thoughts to come from Xyte recently is that the preponderance of advertising copywriters come from one of the four segments mainly dependent on words in their work habits, making it a challenge for the ads produced to speak as effectively to the other 75% of the population in a segment more dependent on their bodies, hands, or mind.

Inside has been operating below the radar and does not have a website. Its inventor and founder Dr. Samuel Dismond is a medical doctor and his studies led him to observe relationships between physical conditions and stages in development related to motivations. His further studies led him to axiological learnings from Maslow's Hierarchy of Needs going all the way back to the system known as the Chakras in ancient India. Based on noting the close agreement between ancient and current sources he developed a codex for scraping social media commentary and assigning people to one of seven motivational groups. This means he has invented the world's first psychographic system that operates passively, requiring no questionnaire completion by the people being classified. Here is a technical paper he's written describing the technology and here is a slide deck with voiceover providing a less technical introduction to 7Inside. Finally here's a deck Samuel created at my request giving a high-level plan a company can use to test whether use of 7Inside increases sales.

Amidst massive change, CEOs are advised to mandate science throughout their companies. Now is the time. Promote and reward users of science with proven improvement results within your company. We all got away with cold-shouldering available science during the salad days. In these leaner years let's heed the treasure trove that has been waiting.

Bill
Catch Billspeaking at Wharton conference on Advertising in the year 2020 on video.