What Every CMO Must Know: Test Vast Scale-Up in Owned Media 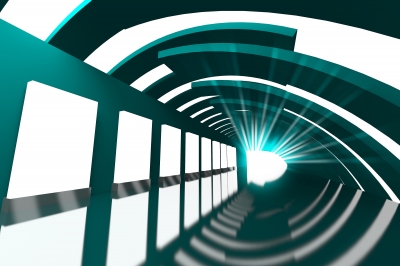 We are continuing this series of posts about restarting significant growth of mature brands in the U.S. The proposal is that it’s time for every CEO, CMO and C Suite to zero base their thinking on marketing in the U.S. They need to rapidly prototype alternative marketing mixes in small geographies using scientific design. Specifically, A/B/C testing in matched groups of cable zones in order to scale down testing costs so as to enable frequent definitive in-market “reality check” testing. It is this increased ability to test by the scientific means available (A/B testing as it is colloquially known) that will make the huge process improvement that marketing needs.

“Owned media” is the same as “custom content” is the same as “sponsored content” – program/editorial content created by or for the brand. Why would CMOs be thinking about vastly scaling up the importance of this stimulus type within the marketing mix?

Because when it is done right this form averages 6 to 7 times the ROI of paid media with an observed high water mark of ~50:1 over average paid media. This is backed up by findings from 28 studies done for large advertisers in CPG, auto, and consumer electronics, and in work done by Nielsen.

We’re talking emotion, folks – touching people’s hearts in a true way. Not all owned media achieve this; it’s all in the execution. Two companies that did the creative in most of this research are worth applauding: Andrew Susman’s Studio One Networks, and Powered.com.

Paid media do not generally touch hearts in the vast majority of cases. The folks who have achieved it in paid media truly deserve medals, such as Nick Pisacane and Al Amato at McCann and elsewhere (Nick and Al today). Apologies to the many other great creatives who have hit emotional home runs in their work and deserve mention.

Why does it matter? Can’t we sell humongous amounts of goods with pure persuasion? Absolutely, assuming the product really is better than its competitors and also competitively priced; otherwise straight persuasion vs. persuasion is a lot like WWI. Now you gain a few yards, now you are thrown back a few yards. What really differentiates brands today is that those who get it are taking off their masks and exposing themselves authentically, like people to people. And they’re taking care to behave well in society, making brands and companies into menschen,true grownups.

Bob Garfield’s latest book Can’t Buy Me Like , and Jim Stengel’s latest book Grow , are the new doctrine, although Bob goes a little far in suggesting, as he did recently at ARF AMS 8.0, that we can dispense with paid media altogether. I think he was just having fun with us.

Owned media is the ideal form in this new age of creating trust bonds among brands and people – which really means between people and people. It is reasonable to assume that with certain executions in each bucket, mixes with more owned media could out-ROI those with dominant paid media. The owned executions would be the ones touching people’s hearts or even just giving useful information in a frank human manner, both of which evoke the surprise gratitude response that is the key to the new marketing, IMHO. More on that idea here in my blog.

In a typical test reported in the 28-study compilation in Journal of Advertising Research 2006, a baby formula used owned media to extol the virtues of breast feeding, with over-the-top persuasion results, more than 7X TV 30s. In another case, Volvo with IAB found a six-fold increase in consideration of Volvo for next new car purchase for taking a PBS approach to sponsoring Yahoo’s coverage of the New York International Auto Show, the client’s researchers estimating a high double-digit ROI. The audience was reacting to the confidence and honesty they saw in Volvo showcasing all its competitors. In a third case where results were measured in the direct marketing manner, a course in photography given on the web yielded measured ROIs north of $50 sales per dollar of media cost.

Touching people’s hearts is not just the use of tearjerker content. There is a light but significant, even spiritual touch when people simply begin to show respect to one another.

Your agencies would love to bring you Big Ideas about owned media – just ask. And you yourself deserve to let your own creative chops bloom. Here’s a creativity optimization module you might find useful.

What’s the biggest hesitation CMOs and agencies have about owned media? It’s pull, not push. Therefore it’s low reach, huge impact, but on a small segment. Therefore: be the first CMO to invent “pod-able owned push media.” In another post I called these GRUs for Gratitude Reach Units. What can you put in a 30 that will not attempt to sell your product directly, and instead will delight/inform people in a way that will cause them to like and respect your brand?

Inform people about what? It doesn’t have to have anything to do with your product category, although potential content might divulge secrets to getting more value out of products, for example. It can be about a cause. It can be about training philosophies at the company. It can be a very short emotional drama, or a very short piece like the best of YouTube, high excerpts from stock footage around a certain message, Jittlov animation, fractals to music, beautiful faces, beautiful parts of faces, and on and on. There is no limit to what it can be. It is 30 seconds of pure entertainment as the gift from the brand to the people. Or information or infotainment or whatever you make it to be. This is a world class creative opportunity, CMOs.

Is it good if there is a deep metaphorical link to your brand? Absolutely. What is the most appealing aspect of your brand’s personality? That’s your theme.

By testing at low risk one can afford to test more of your creative ideas and your teams’ creative ideas. One does not have to shoot down freely as a result of thinking filtratingly about cost. Take the cost vise off your head and you will be free to think Big Ideas. Cable zone testing is an order of magnitude lower in cost than the old checkerboards of whole-DMA tests. Let a thousand flowers bloom (one of Mao’s better legacies). Guide ideas based on what you know about your customers and holdouts. Input that information to all creatives and widen your notion of who the creatives are. Clashboards may be the dashboard for creatives in painlessly ingesting gobs of information about prospects.

Better still, leave the copywriter’s prose exactly as it came out. Don’t edit it. Test that too. See if what the great creatives have been saying for almost a century might actually be true about hands off creative. It is so inexpensive to test and so expensive to not grow. 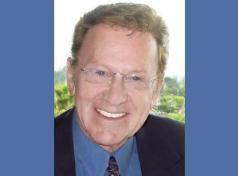