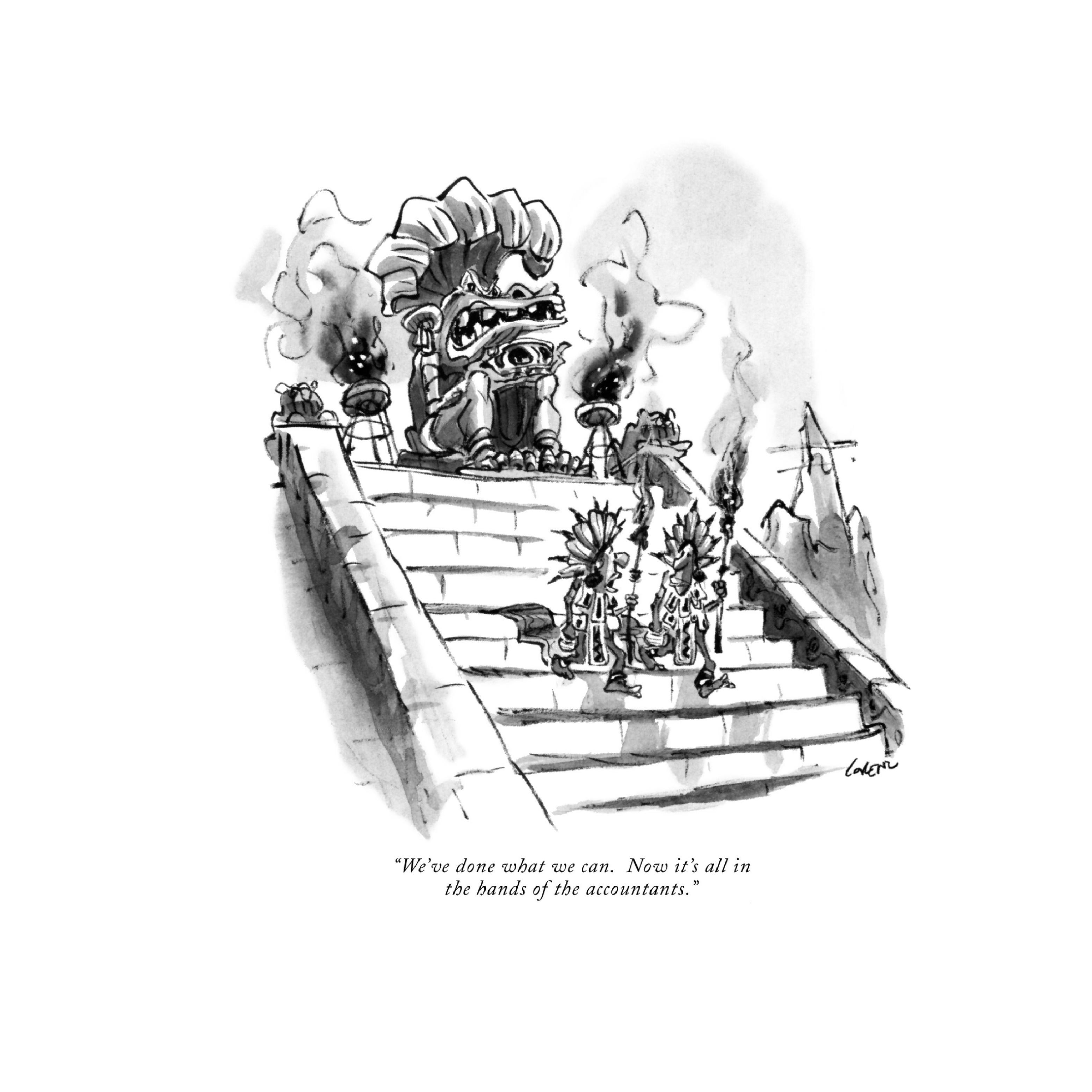 Agency creativity has been much less magical in recent years with the advent of digital and social media, "content" instead of ads, and the widespread introduction of technology and e-commerce to the changing demographic mix of consumers, with fickle Millennials now the dominant segment.  Iconic brands are dead in the water, marketing spend is shrinking and CMO job tenure is short and uncertain.  The magic of creativity disappeared along the way.

What happens in societies when magic ceases to accomplish what magic needs to do?  Ancient tribes and cultures depended on the magic of witch doctors and divine leaders to ensure the return of spring after the dead of winter, fertile fields, nourishing rains, healthy harvests, growing herds and cures for fevers and other mysterious diseases.

When witch doctors grew old, showing grey hairs and noticeable limps, or when divine leaders could no longer impregnate their many wives or carry out divine duties on behalf of their people, they were simply and immediately put to death or killed in combat by younger successors, assuring the continuity of divine magic for the health of the tribes.  Sir James George Frazer's The Golden Bough catalogues in unflinching detail the many ways that "The Killing of the Divine King" was accomplished systematically in culture after culture across the globe -- all in response to evidence that the witch doctor or divine leader was losing his power, threatening the existence of the tribe in a land of hostile and evil spirits.

Today's ad agencies get off easy.  They are fired from existing relationships.  Their fees are cut.  Their clients find other witch doctors who promise more powerful forms of creative magic.  They are taken on (somewhat skeptically) and, if today's experience is any guide, they are fired after a few years.  The typical CMO, who is responsible for finding the forms of magic that work, is tolerated for two of these cycles and is then fired.  No throats are cut or lives snuffed out by hanging or strangulation.  No hearts are pierced with spears or swords.  No one is burned alive, torched by successors who will face the same fate if their magic proves to be inadequate for the tribe's needs.

No, we live in a civilized time, dear reader, and there is no hint of this kind of bloodshed.

Astonishingly, agency CEOs, whose magic has dried up during the past decade, continue to do pretty well, paid at 50-100 times the salary rate of their most junior people.  It is the junior agency people who pay the price for the loss of agency magic.  Those juniors who aren't downsized in response to client loss and fee reductions will have to step up the pace -- chanting and dancing with heavy intensity long into the night to keep the fires and drums of creativity as alive as they can be.

Who cares about them, anyway?  What matters is the fate of the divine leaders!  If they can avoid the sword, the noose, the strangling hands or the burning fire, and continue to be well-rewarded despite the loss of their magical powers, they'll gladly sacrifice some young'uns in their stead!