What "Highway to Heaven" Had to Say About Police/Community Relations 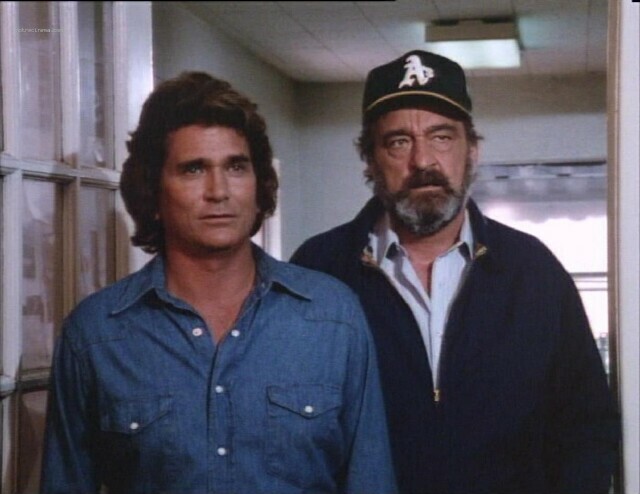 A professor of mine once said that films are “cultural artifacts.” They capture the details of the period in which they are set, reflect the social mores of the day and in some cases preserve stories of historic significance so that future generations may educate themselves simply by watching a movie.  Since she shared those words of wisdom I have felt that television is also a cultural museum of sorts. Every perk and quirk about our society has since the Fifties been preserved in some manner, even if the end result is distorted in an unintended way. I’m thinking of the depiction of the average American family in the sitcoms of the Fifties and Sixties as exclusively white and well-off, with hard working men dashing off to the office every morning, wives wearing pearl earrings and perfectly pressed dresses to breakfast and shiny smiling children behaving as they are told. As if.

From the vantage of modern American life – which is certainly a mess right now if the current presidential election sideshow is any indication -- shows from the past increasingly look like visitations to alien planets at worse and alternate universes at best. The presentation of wholesome rural family life in the early seasons of Lassie is particularly jarring.  Sadly, this is true of The Waltons, as well.  It seems impossible to me that young people were once enthralled by The Brady Bunch and The Partridge Family. (But I know that to be true, because that was me.) I could go on and on about this.

As strange as television of the past can seem as time flies by, I generally enjoy watching occasional reruns of old shows on such networks as Me-TV, Antenna TV, Decades and Cozi, or on DVD.  It soothes me.  But I recently came upon an episode of a drama lovingly regarded as family friendly in its day and sweetly nostalgic decades later that threw me for a loop.

It was an episode of the NBC drama series Highway to Heaven, produced by and starring the much-loved and much-admired Michael Landon (pictured top left), which ran from 1984-89. Titled “Bless the Boys in Blue,” it was the third episode of the series’ second season. It tells the story of a white police officer who suffers an emotional breakdown after fatally shooting a black teenager -- and it ends with the dead teen’s grief-stricken father comforting the police officer and effectively telling him he is blameless and that his boy was bad.

Highway to Heaven centered on an angel named Jonathan (played by Landon) and his mortal friend Mark (Victor French, pictured top right, one of Landon’s long-time co-star in the classic Little House on the Prairie) who were tasked in each episode by God to help troubled people deal with their various problems and crises.

In this episode those problems are both timely and prophetic: A police officer named Jerry Winowsky fatally shoots a 15-year-old boy who dashes out of an alley near a known “rock House” (the term at the time for a drug den) and runs toward him brandishing a gun -- only to learn that the gun wasn’t loaded. Winowsky, who has a 15-year-old son of his own, is devastated.

Jonathan and Mark, a former police officer, have decidedly different responses to the tragedy. Jonathan thinks Officer Winowsky is at fault. Mark asserts that he had no choice but to shoot. The dialogue that Landon and French were given in their scenes together was certainly powerful at the time, but it would be incendiary today.

Mark: “What was the cop supposed to do?”

Jonathan: “Maybe he could have talked him out of it. Got him to put the gun down.”

Mark: “By then he’d have been an angel, like you.”

Mark: “That’s easy for you to say. You weren’t standing in the alleyway with that kid. If there’s any fault here it belongs to that kid. I mean, when you were young did you ever think about talking back to a cop, let alone pulling a piece on him?”

Jonathan: “No. All I’m saying is there might have been a better way to handle it.”

Mark: “I wish you had been a cop for a while. You’d look at this thing differently, believe me.”

In order to make clear to Mark that there are two sides to every issue, Jonathan transforms them both into police officers. When they respond to a burglary in progress at an apartment building they encounter three older women who have been traumatized by the break in and are inexplicably rude to them, suggesting that the police have been poorly trained and insisting that they ask stupid questions.

Once inside they encounter the armed (and sweaty) robber.  Jonathan nicely asks him to put down his gun. The robber responds by firing at Mark. He misses and is apprehended.

But the women continue to give the two officers a hard time. “The burglar left this place in better shape than you did!” one gripes, surveying the damage done to her belongings during the altercation. She then says she is going to file a complaint against them because they broke down her door.

Jonathan and Mark later return to the building to repair the woman’s door, which impresses the three women.  They are then very nice to them and give them lunch.

The entire experience has a significant impact on Mark, who says that when he was a cop he never would have taken into account how scared the women were. “I could have been a better cop,” he admits.

They later learn that Officer Winowsky knew the teenager he shot. “How does a kid like that end up in a rock house [the term at the time for a drug den] with a gun in his hand?” Winowsky’s worried wife wonders.

Mark says that when people read about the shooting in the paper they won’t care about the details. Instead they’ll refer to the officer as “another trigger happy cop,” he complains.

It’s all too much for Officer Winowsky, who suffers a mental breakdown and goes to the rock house to revisit the scene of the terrible event. Meanwhile, Jonathan goes to see the dead boy’s parents. The boy’s father breaks down, explaining that his son was “running with the wrong crowd.”

As a sympathetic Jonathan listens, the boy’s father reveals that his son angrily knocked him down and demanded that he hand over his gun.  He did so, knowing that it was not loaded.

The boy’s parents accompany Jonathan to the rock house, only to discover that Officer Winowsky is inside.  He thinks he is with the dead boy and he is firing at anyone who comes near them. The boy’s father seeks to comfort Winowsky by telling him that his son would have killed him if the gun had been loaded.

“He wasn’t the boy we used to know,” the father says, tears spilling from his eyes.  At that point the two men hug begin crying and hug each other as Officer Winowsky repeatedly sobs, “I’m sorry.”

Would a story like this one, which dared to suggest that a teenager might be capable of cold-blooded murder, and that a police officer might be devastated if he or she shot and killed someone, especially a menacing minor, even be told on television today? And if it were, would everyone involved (including the network) instantly be condemned? Or would people be moved to acknowledge that terrible things happen in this world when people have guns and aim them at each other?

More to the point, could a story like this one be told without including the influence of ratings-hungry news programs and other media working it to their advantage?