What Was Missing From CES 2013? It Was You - Jacqueline Corbelli-Brightline 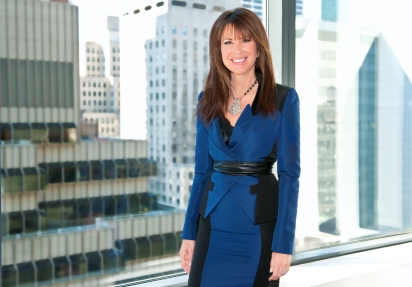 Once again, tech trumped the consumer at this year's Consumer Electronics Show, the annual mecca for media, advertising, and technology mavens held, fittingly, in the distinctive carnival atmosphere of Las Vegas.

This year, the number of mobile device covers and smart appliances on display was a striking contrast to the steady stream of internet- and touch-enabled mini and mobile devices of all kinds featured in past years. Seemingly endless rows of booths dedicated to 'next new thing' gadgets, cameras, digital recorders, PCs, laptops, phones and other hardware gave way to a sea of (now ubiquitous) software "apps," easily accessed from the Apple or Android tablets and smartphones that most of us already have.

Indeed, the most remarkable thing about CES 2013 -- I believe it will go down as a watershed moment -- is that there really was no 'next new thing.' To be sure, technology obviously was and is always the point behind all one sees at CES, but this year it definitely didn't play into our experience in the ways we've grown accustomed to in the past. This time, aside from the software apps, it came in the form of an expansive array of things, albeit smarter, that we already own, from refrigerators and washing machines, to bathtubs and mattresses. And of course there was the relative constant in all this change -- even bigger, smarter and higher resolution televisions than last year -- $10,000 now buys you a "4K" screen that sets the new bar on your high-definition experience. I'll get back to this in a minute.

Does the lack of a breakout product signal the beginning of the end for CES or the digital revolution, overall? (Is that Silicon Valley I see pitching back on its heels, as Korean maker Samsung grabs the Smart TV spotlight?) Nah, we're likely just taking a bit of a pause before the next wave of product innovation. That said, on behalf of consumers, I say let's enjoy it.

In my view, CES 2013 was a pretty welcome and clear departure from the endless parade of 'cutting edge' technologies we've watched over the past decade. Not to say it hasn't been exciting -- who can deny our collective infatuation and anticipation as we watched the tech world light a path for we consumers living in the dawn of a digital age. Our imaginations on what latest innovation and new 'thing' would enter our life next seemed limited only by how quickly data, technology and human engineering could magically fuse themselves together to further enrich our lives. It was the beginning of a revolution that would transform life and commerce like nothing since the industrial revolution. But all excitement aside, if we're truly honest, it's never really been about the consumer experience. Not really.

Digitization, the information highway, high speed connectivity and all the new products they spawn was and is the point of CES -- "if you build it they will come" has been the guiding mantra since PCs first entered our life and we all discovered the internet. But in this apparent break from years past in product innovation, I couldn't help wondering (hoping, if I'm honest) if this was finally the day I'd been waiting for all these years, the one when what consumers actually want finally takes center stage at the Consumer Electronics Show. It would be better late than never, after all. Why? Well, let's take televisions for example.

Almost a decade of continuous observation and research by my company BrightLine shows that the key to divining where we're all headed -- like most things in business -- will come from keeping our eyes closely trained and being guided by what consumers are actually doing. In TV, despite the obvious and strong behavioral commitment we've made to our digital companion (the smartphone, tablet and laptop) we watch the vast majority of our TV on TV. Major marketers are aware of this, the TV networks know it too, and both understand that they must preserve that valued medium. More than 200 brands also demonstrated what they further want from the digital revolution -- to give consumers a seamless way to weave all our new devices into our life, and where TVs concerned, a way to port my TV/video experience when, where and how I like to other devices. A note to tech and web firms: smart TVs are great, smartphones, tablets, love them -- but stop trying to replace my TV experience. Use your innovation instead to enhance my ability to enjoy it on my terms, not yours. You wont see this at CES. Why?

I believe we continually confuse the fact that we use the internet wherever it is useful and simpler to do what we want when we want (purchase, search, games, movies and TV, etc.) with thinking that consumers will shift wholesale to the web as their sole medium for engaging in all our favorite activities. That perspective at best overstates the web's role in our life, and at worst is leading to some pretty misguided investment decisions and predictions. The Internet and all the amazing things we can do because of it, is a means to an end that serves information-based activities really well. But it will not control how we live our lives - it's the reason technology companies and the Internet haven't succeeded in taking over the TV experience. It shows we are excited about technology and still have a desire to have some experiences the 'old fashioned' way. Instead of more product attempts to replace what we have, give us simpler ways to make what we already love even better. Why else (20 years later!) would we still be spending 5+ hours a day watching TV on the TV compared to 3 minutes online? Clearly, we want technology, smart devices and the Internet to, first and foremost, enhance and enrich our experience.

I believe the shift coming will not be ushered in by any one company or product, or simply because the internet provides new ways to be informed, interact and communicate -- although all will certainly continue to play an important role. I'm convinced that the change we've been seeing all along is originating from the consumer. What we saw when we founded BrightLine bears out today -- change is not being manufactured, or driven by any business model. It doesn't come from a magic bullet software innovation, or a new 150 inch 3D TV that watches itself. Our appeal to the market comes from knowing and cultivating the consumer's changing relationship with TV and video, nearly a decade-long intricate viewer behavioral learning cycle.

They kept telling us it wouldn't work, that it was naïve to think Google, Apple or Microsoft wouldn't steal viewers away from their TVs. Not so naïve as it turns out, but not rocket science either -- betting on anyone other than the consumer is, as they say in Vegas, a sucker bet.

I kept coming back to this in-between the client meetings, press conferences, reveals/announcements, and panel, after panel. It also happened when I saw a gigantic Serta mattress booth and had three thoughts in one moment, a. Am I at Ikea? B. They have to sell that Microsoft and PC vendor space to somebody? And finally C. Is that mattress digital? I love Serta, but I was surprised to see 30 mattresses near hard drives and induction chargers.

Unfortunately, other than the definite shift in emphasis and notable lack of anything approaching 'next thing' status at the Consumer Electronics Show, the only place the consumer shows up at this tech and gadget mecca is in the name.

Jacqueline Corbelli is the co-Founder, Chairman and CEO of BrightLine, an advertising and marketing firm, which creates and implements interactive TV (iTV) advertising strategies that engage target consumers in a two-way dialogue with brands, such as Unilever, GlaxoSmithKline, L'Oreal, American Express and Kellogg's. Accounting for 95 percent of all iTV activity, BrightLine is recognized as the market leader in exploiting the latest digital technologies to create interactive brand experiences for television viewers. Jacquie can be reached at jcorbelli@brightline.tv