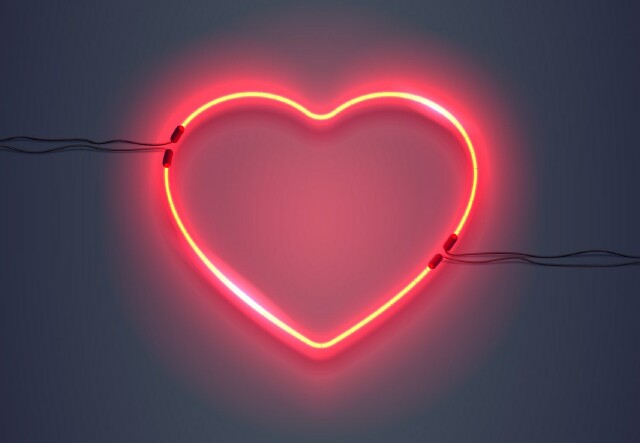 Full disclosure:  The headline isn’t mine.  It’s the title of the documentary Mary Richards produced in the episode that began the second season of The Mary Tyler Moore Show, which was itself titled The Birds … and … Um … Bees.  It came to mind last Saturday during a rainy afternoon on the Yale campus in New Haven when I found myself seeking shelter from the weather in a crowded coffee shop, huddled in a corner with a copy of the Yale Daily News -- the oldest college daily in the country, still published on actual paper.

Of course, YDN appears online, as well, which is probably the preferred form of reading for the students it serves.  But I’m about to express my appreciation for three editorials I read in the paper that day, and I think it is worth noting that I would not have known they even existed were YDN not available on paper and distributed around the Yale campus in sidewalk boxes, various university buildings and area businesses.  Despite the limitless content available on the web, I still find looking through a paper news publication to be more stimulating and educational than focusing only on stories of personal interest in digital form, as we all tend to do.  I try to peruse physical local newspapers wherever I go, including universities, ads and all.  The rewards are often considerable.

Page two of the paper YDN is the editorial page, and the three columns positioned there in this edition (dated Friday, February 9, 2018) proved to be exceptional in their timeliness and thought leadership.  Perhaps because Valentine’s Day was coming up fast -- or because issues of female agency, sexual assault, gender identification and toxic masculinity seem at present to be finding their way into every exchange in the national conversation -- all three were about sex and sexuality.  They explored the good, the bad and the ugly.

This is where the headline at the top of this column comes in.  In that episode of The Mary Tyler Moore Show, which was first telecast September 18, 1971, the fact that WJM-TV (the station where Mary worked) had produced a documentary about sex was itself very forward-thinking for its day.  The fact that a woman (Mary) had been involved made it even more progressive.  Information conveyed in the documentary prompted Mary’s quasi-intellectual landlord Phyllis (Cloris Leachman) to ask her to explain the facts of life to her pre-teen daughter Bess (Lisa Gerritsen, arguably one of the finest child actors in the history of television).  Mary reluctantly agreed, setting the stage for one of the best-written sitcom episodes of the era (and perhaps ever), in which Mary talked much more about love and relationships than the mechanics of sexual activity after Bess made clear she already learned the ins and outs from her young classmates. 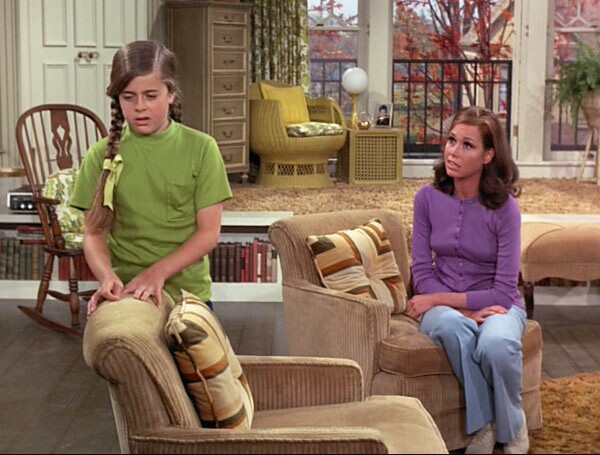 Mary’s best friend Rhoda (Valerie Harper) sat in on the talk, and when it was over she said to her dear friend: “There were some really good thoughts in there, separating sex and love.  I don’t know about the kid, but I think you just changed my life.”

As I read the three YDN editorials -- one by a young woman, two by young men – I couldn’t help but marvel at how complicated that conversation between Mary and Bess would be today.  Where to begin?  How far to go?  The basic elements of the traditionally terrifying talk about “birds and bees” used to be so daunting; now they are buried under so much else.  And yet Mary’s thoughts on the subject, which were perfectly in tune with the times, are no less profound today than they were 47 years ago.  It helped that Bess was one very smart kid with her head on straight who knew what she did and did not want to do.  (How I wish, years later when she was included in the MTM spin-off Phyllis, that Bess instead had been spun-off into a smart sitcom about college life in the day.  What a cultural artifact that show would be.)

As for the editorials in YDN – which I would prefer to call essays and which, again, made an impact on me because they were presented side by side on the same newsprint page, prompting me to read one after the other – I think adults as well as teenagers could benefit from reading all three of them in one sitting.  So here come the links, with brief teaser introductions.

In Playing It Safe, senior Sherry Lee deconstructs a host of concerns that came to mind during a “college tea” with cultural theorist and critic Laura Kipnis.  At the top of the column Lee reveals that a question asked by a young man in attendance -- “Can we save hookup culture?” – stunned people “either by its novelty or its naivete.”  It surely seemed to spark a lively conversation.  Lee is plainly a formidable young woman to whom attention should be paid.

Junior Grant Richardson, a guest columnist, boldly steps forward into unpopular territory in the self-explanatory In Defense of Fraternities, asserting that “nothing is in vogue right now quite like bashing [frats]” because they are exclusive, wealthy and “breed toxic masculinity” – and are therefore, presumably, evil.  He then very convincingly explains why they are still of much value.  It’s a real roller-coaster of a read.

Leland Stange, another junior, writes with great candor in his essay In Want of Love about a book he recently read that may have changed his life -- Jane Austen’s Pride and Prejudice.  He wonders why we seem to “exist in a universe apart from Austen’s lovely world,” recounts the unpleasant aftermath that followed on social media after he suggested to other students that “hookup culture may cultivate unhealthy sexual norms on campus,” ruminates about Austen’s “fine articulation about the meaning of love” and urges all men and women to sample Austen’s work to “see if it changes your mind about what behavior produces our best selves.”

I will make a point of checking out the Opinion section on YDN’s web site from time to time, but I am certain that I will never have the same cumulative response to any three essays I find there as I did to these, purely because of the circumstances under which I came across them.  Call me old school, but I don’t think I will ever get newsprint out of my system.  The Mary Tyler Moore Showis there to stay, as well.  #fortunateboomer

Image at top by Connor Wells/Unsplash