“When Calls the Heart” Cast Gathers to Preview Season 7 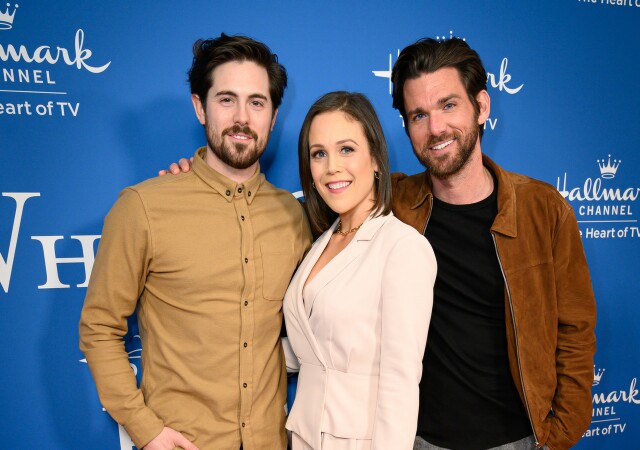 While the cast wasn’t divulging spoilers, it became clear that much of season seven will center on baby Jack, who seems to have stolen everyone’s heart on the set.  That is especially true for star Krakow (pictured at top, center), who spoke at length about it.  She also addressed the love triangle in which her character, Elizabeth Thatcher, has been embroiled with Lucas Bouchard (McNally, top left) and Nathan Grant (McGarry, top right).

“Baby Jack has [raised] feelings in her for both [men] that she didn’t expect, and both show their love in very different ways,” Krakow said, adding that fans can expect “a resolution” this season. 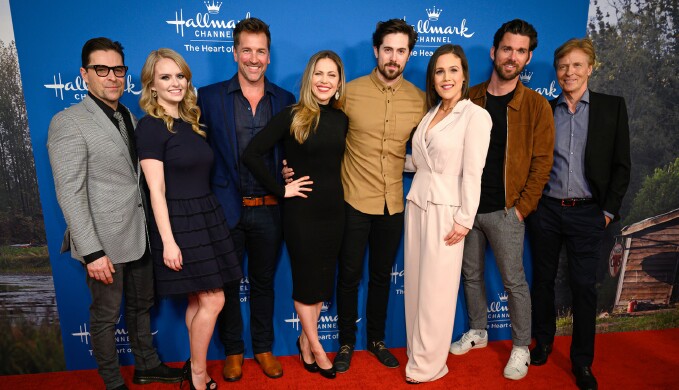 The conversation about baby Jack continued to dominate the chat, but the mood took a risqué turn when the conversation turned to Hutton and Smith discussing the progression of the relationship between their characters, Rosemary LeVeaux and Leland Coulter, respectively.  Hutton also shared her feeling of kinship with fans -- especially those who, like her character, have experienced fertility issues and reached out via social media.

On the Faith Carter and Carson Shepherd front, Brooks and Greene declared that their respective characters are now “public” and after the fun of the whole “will they or won’t they” thing are happy to explore their next chapter together. 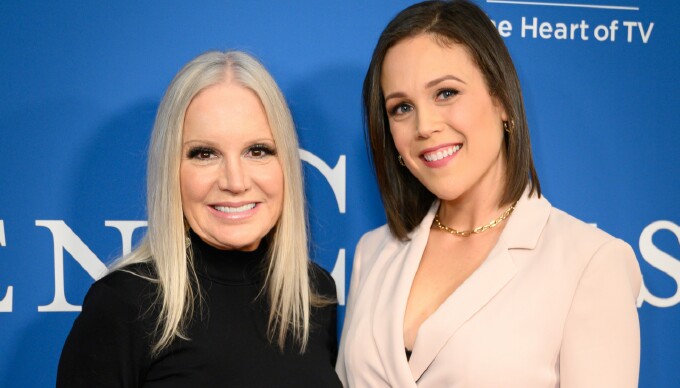 Things got very lively as talk turned to what the cast might like to see happen in future episodes and seasons, and the night turned to something of a pitch meeting as the ideas flew fast and furious.  When the question of dream guest stars was posed, a suggestion that Hallmark executive vice president of programming and network publicity Michelle Vicary (above, left) appear on the show proved to be a unanimous choice -- along with a return by previous guest star Brooke Shields, closely followed by a musical episode.  With each cast member being adept in that department, apart from Smith who admitted to having no musicality, it seemed a given.

Singer/songwriter/actors Greene and Wagner (Bill Avery) served up ideas that were also well received.  Greene (known as “the Cary Grant of Hallmark” thanks to an interview he did with MediaVillage) would love to see a live, saloon-themed talent show, while Wagner wanted “something out the box” and the possibility of the cast breaking into song, then returning to their business as usual.

Krakow, who also serves as an executive producer, loved the idea and granted her co-stars’ wishes before qualifying it by stating, “Okay, but that’s not how it works.” 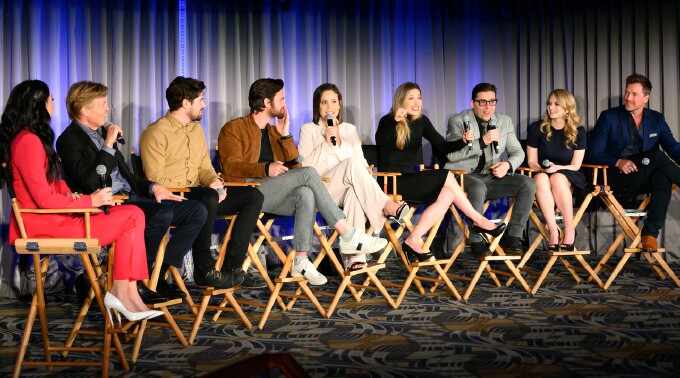 “We do Facebook Live interviews at Home & Family all the time, but I don’t think we’ve ever done one [at an event] like this, which is cool,” Greene said when MediaVillage caught up with him after the panel.  “It’s obvious when you see a panel like this just how much we love each other and how much chemistry we all have off-camera, which allows us on camera to create those stories and chemistry the people enjoy watching.

“I think these types of panels are really important because everything we do is for the fans,” he continued.  “Meaning we wouldn’t even have a show without their support, and we all love them.  This is one way to give back to the Hearties, but it’s also really important to find new and creative ways to really engage and give back to them, because the Hearties have given us so much.”

He also admitted to really wanting that musical episode.  “I can imagine, especially in a Christmas episode, where we have normal scenes and a few that are musical,” he said.  “That would be amazing.  There are so many talented singers on and off that panel.  I think it would just be colorful and fun.  Those Christmas episodes just keep getting bigger and bigger, so this would be a way of digging in there.”

When Calls the Heart returns Sunday, February 23 at 8 p.m. on Hallmark Channel.