When Is An Ad Not An Ad? - Richard Harris-Intent Media 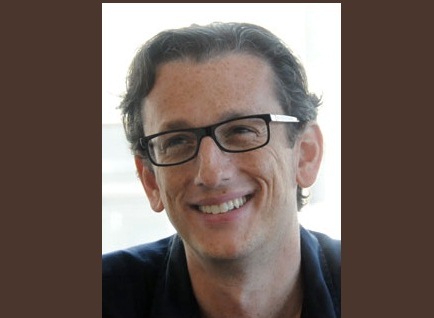 Fashion, auto, and home furnishings magazines are amazing. They are packed with ads. And far from being annoyed by them, readers actually like the ads. They view them as an important part of the value proposition of the magazine. This is especially true when in-market folks buy magazines looking for ideas as they prepare to renovate their kitchens or re-landscape. The ads are considered content.

Why then, in a place where context can be created in an instant, are online display ads so routinely overlooked, ignored, and unloved? Why don't magazines have to worry about comScore announcing their ads aren't being viewed? Is it simply the high gloss and glitzy size lavished on magazine ads vs. smaller ads often with lower production values online?

An eye-catching ad is, well, eye catching. But as pioneering ad man Howard Luck Gossage said, "The real fact of the matter is that nobody reads ads. People read what interests them, and sometimes it's an ad."

Presentation and production values are only part of the answer. Utility is the real secret sauce.

How do we make certain that online ads have utility? We know it takes more than replicating what works offline. Even when contextually placed to leverage a site visitor's perceived interest, banner ads generally don't recreate the impact of their special interest print counterparts. Their size limitations alone prevent the kind of browsing behaviors generated supported by magazine advertising. The constraints of the medium simply don't allow for a direct transfer from print.

And just as we need to accept the constraints of the medium, so too we need to embrace its strengths. While we can't reproduce the encompassing experience of the full-page glossy, we can more tightly align to a site visitor's stated intention, in fact more powerfully and immediately than any monthly ever could. And that is because the Internet has largely put the editorial function in the hands of consumers The reader (or visitor) is constantly stating "this is what I want, " and refining that desire with every search and click. Advertisers need to recognize – and align with – this consumer- driven medium if they seek to create the kind of utility that generates engagement.

Looking for a flight? Here's an ad for the exact origination and destination combination you want. Looking for a camera? Here's a camera that conforms to the parameters you've expressed (brand, price, type, etc.). After all, if an ad matches what visitors say they are looking for, then it's likely to be interesting enough to be read (or clicked). It becomes content, or a shopping utility, or a decision tool.

And because of the Internet's ability to be responsive and react in milliseconds, it's also possible to take this further and incorporate the notion of real-time. So the ad that is shown not only matches a visitor's explicit intent, but it does so exactly when and where the visitor is expressing the intent.

This combination of matching a visitor's intent – and doing so exactly – produces ads that have explicit customer utility. Take that flight search example: you can see this right now on sites like Expedia. Is it an ad? To the advertisers using it to drive bookings, certainly. To the visitors, it's a utility that helps them find the flights they want to buy.

You see something like this every time you visit a search engine, albeit with the constraints inherent in a predominately text ad format. Increasingly it's possible for marketers to match intent in real time with highly relevant ads beyond the confines of the search engines. My own company is supporting thousands of advertisers to match consumer intent on e-commerce sites while companies like Yieldbot are working to extend it to content sites. And doing so with richer and more robust ad units than are possible with classic search marketing.

Howard Luck Gossage's line about interest is clearly at work in special interest magazines. With the right mix of the right ad served to the right person in real time, advertisers can extend that tight alignment of ad with interest — to the point where visitors aren't reading (or clicking) ads, they are reading (and clicking) what interests them.

Prior to co-founding Intent Media in 2009, Richard Harris was Senior Vice President, Strategy and Distribution at Travelocity. He led the Travelocity Partner Network, which grew to over $2B in sales during his tenure. In 2000, Mr. Harris was a co-founder of Site59.com, an innovator in online travel technology and merchandising. He served as Site59’s Vice President, Strategy and Business Development and then as CFO through the company’s acquisition by Travelocity in 2002. Earlier in his career, Mr. Harris worked at the Boston Consulting Group and Orion Consultants. Richard holds a BA from Harvard University and an MBA from INSEAD.

Co-Founder & CEO Intent Media Prior to co-founding Intent Media in 2009, Richard Harris was Senior Vice President, Strategy and Distribution at Travelocity. He led the Travelocity Partner Network, which grew to over $2B in sales during his tenure. In 200…