When the Media Goes Positive 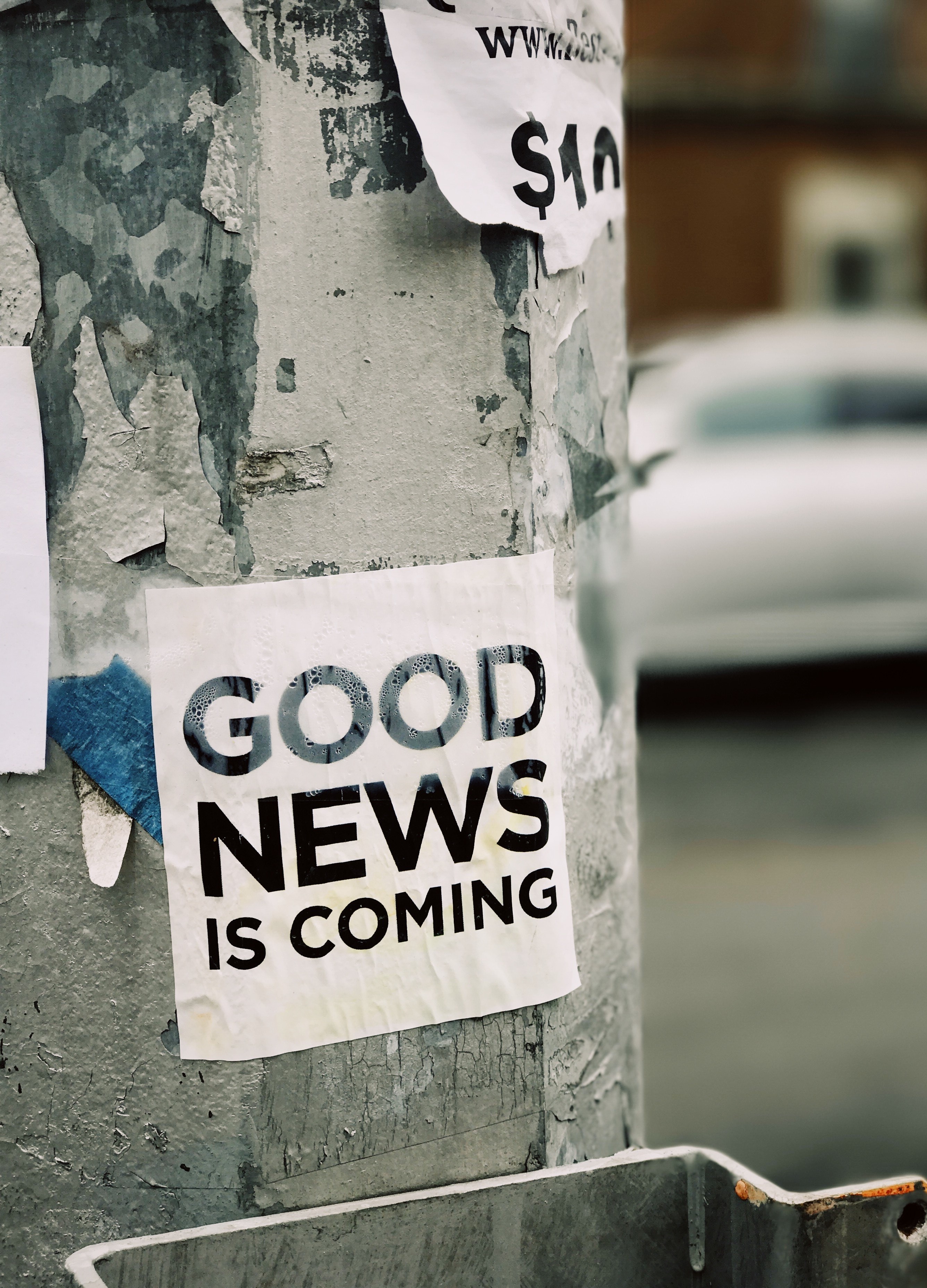 Occasionally, an editor acknowledges what we all know to be true:  that it's not the viewer's imagination -- the press really does prefer bad news to good news.  As stories of crimes, political scandals and conflict fill the airwaves, one might wonder if the news media is making things seem nastier than they are.  It's a point cognitive psychologist Steven Pinker has argued when he suggested that the coverage choices of the news media may distort our views.  For example, we overestimate the number of tornado deaths since producers are suckers for catastrophic deaths, rather than much more common killers, such as asthma.  Channeling sociologist Johan Galtung, Pinker contends that if newspapers came out every fifty years instead of daily, they'd tell the story of remarkable macro-strides, such as rising life expectancy and a dearth of world wars.  But, instead, the news makes the world seem rather frightening.

With respect to the chicken and the egg, however, it appears that viewers actually like bad news.  A multi-decade survey of "American News Preferences" compiled by the Pew Research Center determined that the categories of news that generated the most viewer attention were: "War/Terrorism, Bad Weather, Man-made Disasters and Natural Disasters."  Of course, the question remains as to if the proliferation of bad news is a supply issue or a demand issue.  Is it what producers want to show, what viewers want to see or both?

In any event, some of the news media has been pushing back against the doom and gloom.  The Today Show, for example, has been spreading cheer with segments such as the Morning Boost.  ABC World News Tonight, since 1986, has given us the ABC Person of the Week.  Those chosen are often doing the altruistic, courageous and inspiring, such as the recent choices of a Santa Claus actor who focuses on helping blind children, responders to Hurricane Michael and a young girl overcoming a disability to throw out opening pitches at MLB stadiums with a prosthetic hand.  A personal favorite of mine comes at the end of CBS' Sunday Morning when the show features calming scenery from national parks and wildlife refuges across the country.

This effort is not just at the national level.  Channel 9, the NBC-affiliate station serving Denver has been featuring It's Friday! This is your good news.  Also in Denver, on the print side, The Denver Posthas a section aptly labeled "Good News."  There, the paper runs a range of stories from the feel-good to the inspiring.  There's the report of a Denver couple that has traveled far and wide seeking to photograph every remaining Holocaust survivor in the nation.  On a lighter note, there was the feature on the birth of a new two-toed sloth at the Denver Zoo

Just as there might have been comic relief in the theater of the past, now we have "pleasant relief" where the news media, perhaps aware of its perception as the inveterate bearer of bad news, takes a break to tell us that there are things to be happy about amid the constant coverage of conflicts and political shenanigans.  But is this why the viewer tunes in?

One study seeks to answer precisely this question, and its results are telling.  Left to their own devices, independent of what editors and network producers determine ought to be the news, participants in a study organized by Marc Trussler and Stuart Soroka at McGill University  overwhelmingly chose to read negative rather than positive or neutral news stories.  Despite saying that "the media was too focused on negative stories" and articulating that they preferred good news, that's not what they chose to read when actually given the chance.  Tracking eye movement, the researchers found that participants in the study spent more time reading content that was negative, and this was also the case for those who had previously claimed to prefer good news.  As the authors noted, previous studies on the subject had focused more on the supply-side of bad news, but it seems now that the demand for it is very much present.

Seeking to explain this tendency, some turn to psychology and negativity biases, while others look to evolutionary biology and argue on behalf of the benefit of collecting negative information.  The more practical among us, however, might instead choose to note that the more negative the magazine cover, the greater the sales -- or, negative superlatives in headlines ("Never," "Bad," "Worst") generate significantly greater numbers of eyeballs than positive ones.  It's little wonder, then, that a Change.org petition suggesting that papers "Stop publishing bad news headlines on the front page in the week before Christmas and instead find good news stories that will uplift people" didn't make it to the top of the website's petition list.  Perhaps, if one wanted the uplifting, they would tune into TV Land instead of the evening news.

There's nothing wrong with news outlets rewarding viewers for grinding through the heartache and battlefield reporting with something positive and uplifting.  But while peppering in the occasional good story might serve for a welcome break, it will likely continue to be the exception rather than the rule.  As Gresham's Law of Media tells us, bad news drives out the good.  But, for the bottom lines of media companies, that might be exactly how the cookie ought to crumble.