SMI: Where is Digital Advertising’s Growth Coming From? 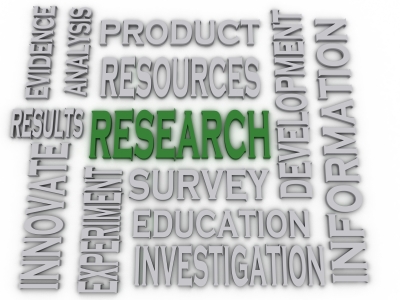 Just over a week ago, SMI unveiled the results of a US data analysis, and it whipped up some conversation and spirited opinions amongst industry peers and media. The new analysis was fueled by a question constantly on the lips of the advertising marketplace: "What is driving the growth of digital advertising?"

In a bid to shed some light on what’s behind the growth, we looked closely at the flow of advertising dollars across the media landscapethrough the first nine months of the broadcast season (October ‘14 – June ‘15) compared to the same time period last year.

The SMI team went to work crunching the numbers and applying data science to the highly-accurate data at our fingertips, ultimately determining that digital ad spend was up about $3 billion year-over-year.

It’s important to note that SMI captures actual ad spend directly from the booking systems of six of the largest media buying groups in the US (close to, but not 100% of the market), so we extrapolated our data to provide a full-market picture of what is going on across the advertising ecosystem.

With the research results in, our report showed that organic growth for digital totaled $1 billion and affirmed that it was siphoning share away from other media, with the bulk of it coming from television.

The question of what is driving the growth of digital advertising can be looked at through various lenses. On one hand, the analysis allows us to understand how much of this digital growth comes as a result of declining spend on other media platforms versus new organic growth. (See more in the chart below.) 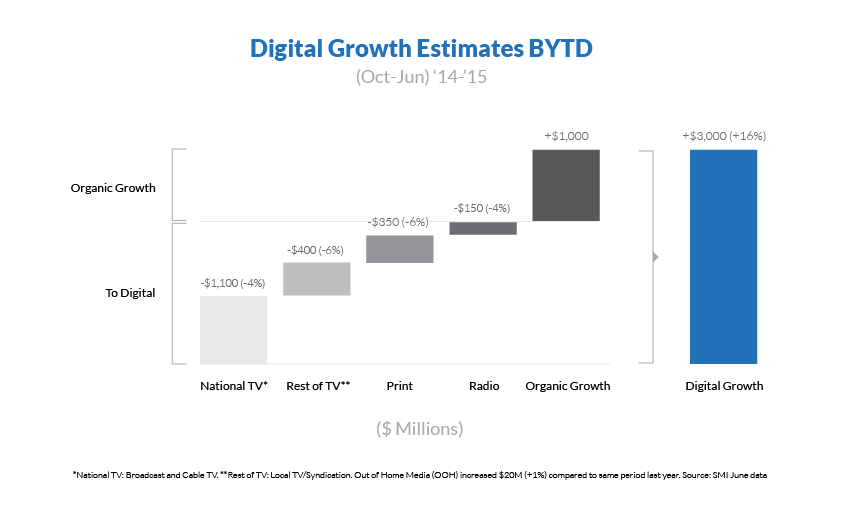 The other lens looks at what areas of digital are growing faster than others.  This second piece is closely tied to the work we do directly with media clients to help them understand the types of sites and ad networks that are really performing well.

SMI’s analysis fueled some debate when it was released because it showed that just over a billion dollars were "leaving" national TV and flowing directly into digital.  An important factor to note when looking at the data is that 2014 was a big year for special sporting events, which attracted big ad dollars, such as the Sochi Olympics and 2014 Soccer World Cup.  Ad Age put it perfectly when accounting for these events in a recent article:

While the shift to digital accounts for a portion of the 8% annual decline in broadcast spend, endogenous factors (ratings declines, a weak fall scatter market, tricky year-to-year comps) played a role as well. For example, NBC's coverage of the 2014 Winter Olympics generated $1.1 billion in ad revenue, while ESPN's stewardship of the FIFA World Cup netted $529 million in sales.

Since we published our initial analysis, we have taken some steps to estimate the impact of those major sporting events. While it is difficult to gauge the true effect of these events across media platforms and then remove them for the purposes of an analysis like this, we can estimate in very broad strokes that the national TV market was much closer to flat on a year-over-year basis, when removing the estimated ad spend that came specifically from the Olympics and World Cup.

One thing we are confident of is that these new full-market figures are the most accurate estimates of the true impact that digital media is having on the evolving ad sector, since we are looking at the actual booking data from major agencies.

And the other thing we know for sure is that digital is up big and it continues to grow in any year-on-year analysis that we conduct.  The only question that is up for debate is how much of this growth is being "stolen" from other media or is truly organic.  It all depends on how you look at it.