Who Controls the Digital Eco-System? 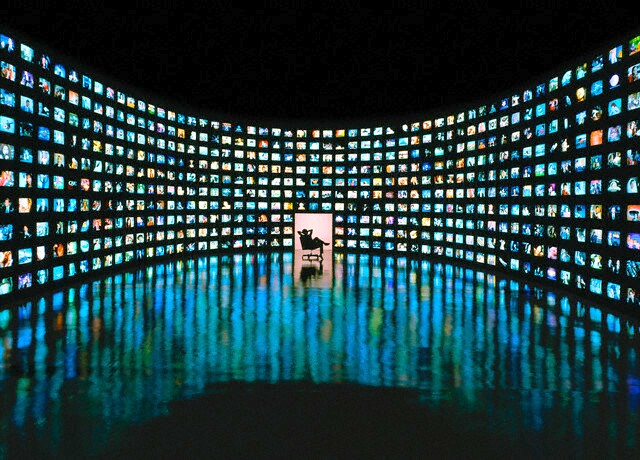 Ever since the first man clicked on the first ever online ad, and the first blogger penned the first essay on all that’s wrong with everything digital, one question has under-pinned much of the discussion and debate. Who’s in charge?

Before we continue, please note: This post is based on a piece published on Mediatel earlier this month in support of a debate supported by Enreach. Disclosure: I am one of the founders of Enreach.

It’s strange for a communications channel to consider such a question. In the past the answer was obvious: The people in control were the people owning, creating and transmitting the content. So, in the case of newspapers, the editor (and we might add often the proprietor). In TV, the broadcaster.

But of course in the digital world freedom of access rules; anyone can, at least in theory, push a message out there to the masses with (for the most part) a minimum of interference, censorship or editing.

From an advertising perspective there are a number of contenders for the title of “person in control.”

First up -- the pat answer. Surely the consumer is in control? Up to a point! The consumer decides what he or she consumes, when, where and on what device, and so he or she is in a position of far greater influence than ever before. But controlling one’s own schedule is different from controlling what’s out there.

Regardless of the few hugely successful bloggers and vloggers, most consumer-generated content has limited appeal -- limited that is to the creators and their immediate circle.

Then there’s our old friend the editor. The true democratization of news hasn’t really happened. All of us can only absorb so much; the whole point of an editor we trust (and whose opinions chime with ours) is that they select and they curate – and then we consume. The premium online publishers of this world -- the likes of The Guardian, The Times and The Mail Online -- all seem to be flourishing in their own separate and individual ways.

Thankfully they show no signs of disappearing anytime soon.

The control over editorial content remains as it’s always been -- with the editor. Certainly the readership has a much more direct influence (via on-site comments and social media) over the editor’s views and thus what makes it into the paper (in whatever form) than in the days of Letters to the Editor. But expressing an opinion and hoping to influence others through the force of your opinion is not the same thing as being in control.

What about the ads that appear within these premium publishers? Who controls the data generated through commercial messages?

I would maintain that data ownership sits with the publisher, in much the same way that advertisers have always accepted that they merely “rent eyeballs” from the publisher or broadcaster. Advertisers borrow an audience generated by the editor and his writers; they don’t own it. Once the audience to an ad leaves the publisher’s site to go to the advertiser’s own site then of course the balance shifts. Everything generated on that site belongs to the creator of that site, the advertiser.

What about the agencies? The issue here is that agencies don’t actually own the raw material. Certainly they own (or licence) the tech that analyses the data but they don’t own the data itself unless they start to aggregate it using their own systems, or unless they are themselves the publisher. In the latter case the agency is both buyer and seller, never a comfortable place to be.

The agency’s position seems to me to be rather like the old research agency dilemma. If Client A commissions Agency A to conduct a tracking study, then Client A owns the results emerging from that study. So far so obvious.

But if Agency A then creates a set of norms by aggregating the results of multiple tracking studies, conducted over a period of time for multiple clients, then (assuming Agency A doesn’t break any commercial confidentiality) surely Agency A owns that aggregated and normative data?

Whilst we’re on the issue of agencies and control, it becomes important to define terms. By “agency” do we mean Mindshare, Carat, OMD, the7stars? Or Xaxis, Amnet, Annalect?

One thing’s for sure -- whoever is in control we are living in an age of unimaginable quantities of data. Quite how much of this is quality data of real use to our customers’ businesses is another matter. Sometimes we get carried away with the sheer volume of what we can access at the expense of what it all means and why or indeed if it all matters.

Insight and data are not the same thing.

It is up to us, on all sides of the industry, to ensure that we turn the enormous opportunity created by the digital eco-system into benefits for our customers; be they publishers, readers or advertisers.