Who Is Tyler Oakley and Why Do His Videos Command Larger Audiences Than Many TV Shows? - Ed Martin 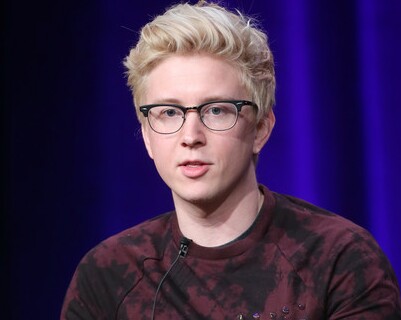 PBS during the Winter Television Critics Association tour presented a panel for an installment of "Frontline" titled " Generation Like," which among other topics explores the increasingly strong bond between digitally driven Millennials and corporate America. (It premieres today, February 18 on PBS.) The program in part reveals how brands are seizing opportunities to take full advantage of the huge followings young people amass through videos on YouTube and via social media and, conversely, the growing appetite among the young to become as well-known as possible simply to be famous and make money. Intellect, education and artistic talent aren't of concern, or so the panelists seemed to declare.

Prominent on the panel was a twenty-four-year-old man named Tyler Oakley who has amassed over 3,800, 000 subscribers for hisYouTube channel, which is loaded with videos in which he sits and talks about things and answers questions that his fans send to him via various social media platforms. Interestingly, almost none of the more than 200 journalists and critics assembled for this session had heard of Oakley until they walked in.

"It is a career," Oakley said at one point. "It's my favorite thing I could ever do." He confirmed that being a YouTuber, as Oakley and his contemporaries are known, can be very lucrative. It certainly seems to have been for him.

At one point Oakley said something that depressed half the folks in the room and enraged the rest. Commenting on the importance of fame, he said, "Think about if parents have two kids. One's a celebrity. One's a teacher. Which one is my mom going post about most on Facebook, me or the rest of my siblings who have normal jobs?"

Putting aside the rather uncomfortable feeling one gets listening to a successful young person declare that it is in many ways better to be a fame-whore than a teacher, I decided to check out Oakley's videos and see if there was any real substance behind his success. One hour and many videos later I hadn't detected any. But I totally understood why young people like him so much and why they might watch his videos to pass their time or simply kill some of it. Oakley is very telegenic, or videogenic, or whatever term one might use to describe someone who plays well on YouTube.

Among Oakley's other accomplishments, he has formed the YouTube equivalent of Oprah's Book Club – that is, a book club for people who don't read. Once a month he recommends a new book from the Amazon company audible.com. He also co-hosts "Top That," a weekly countdown show on Pop Sugar.

In many of his videos Oakley will sometimes have as a guest another young YouTube star. As I started seeking out some of them (with help from my 19-year-old god-daughter) I realized there is a burgeoning community of these celebrities who are unknown to most of us but have millions of young followers. Many of them have multiple channels comprising their own network.

Based on my random sampling, it appears that many of them seem to be a bit more ambitious than Oakley, in that they tend to do a lot more than talk in their videos. For example, a young man named Jack Harries, who with help from his twin brother Finn boasts approximately 3 million subscribers to his videos, went naked bungee jumping in the summer of 2012 to celebrate hitting 100,000 subs and presumably push the number higher. (It worked.) A young man named Dan Howell, who also has over 3 million subscribers to his channel Dan is Not on Fire, invites his fans to laugh at his perpetual embarrassments and humiliations. Marcus Butler, with just over 2 million subscribers, takes dares from his fans and suffers the consequences. James Cameron Phillips has only been posting videos for a few weeks, hence his paltry sub total (11,000). But starting this week he's taking a whole new approach and is determined to hit the big leagues. 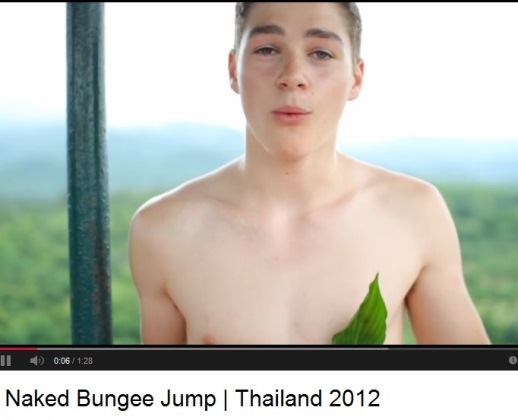 The majority of the hugely popular YouTubers appear to be young men, many of them from England, all of whom look like members of a boy band. They average anywhere from 1,500,000 to 3,000,000 followers, most of them likely tween and teen girls given that they all seem to be sexually non-threatening, somewhat like the Jonas Brothers at their peak.

Though it's an apples-to-oranges comparison, the amount of subscribers these guys have comprise audiences larger than those for many popular basic cable series. They support each other as eagerly as they promote themselves and are guests in each other's productions. They gather every year at VidCon and the twice-yearly YouTube convention Playlist Live to meet their fans and hang with each other. Some curse, others are clean cut. And they all possess the uncanny ability to talk for five to ten minutes at a clip without saying anything important – or pausing for breath. 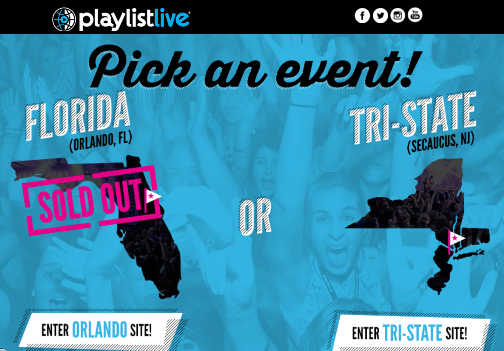 I can't help but wonder where these people will be ten years from now? Is it possible for the videos these people are making to be expanded into longer formats? Or would that be the kiss of death? Will the audience for what they do online age along with them? Or will today's viewers of such video programming move on to other things and be replaced by new generations of kids – rendering today's YouTubers obsolete?