Who Will Watch the Academy Awards – and Why? – Ed Martin 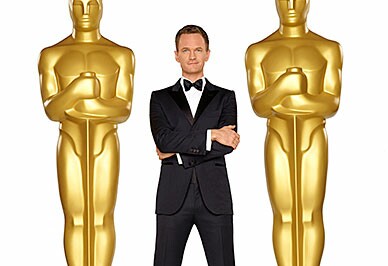 Here come the Academy Awards, one of the biggest television events of the year and one that is expected to draw more viewers than just about anything else broadcast has to offer in 2015. As always at this time there are certain questions on the minds of many. Who will win? Will there be any big surprises? Who will be the best dressed?

I have a question of my own: Why should anyone watch on Sunday night? Because despite ABC’s impressive effort to drum up interest in this year’s spectacle, it is ultimately all about the movies that have been nominated, and this year it feels as if there is no there there.

Perhaps out of desperation, several commercials for the Oscar telecast have placed considerable emphasis on the musical artists who will be taking part in the program. At first blush those spots feel more like promos for the Grammy Awards. (“A night of show-stopping performances!” “Celebrate movies’ biggest night with John Legend and Common! Adam Levine and Maroon 5! Jennifer Hudson! Lady Gaga!” “Tim McGraw’s special tribute to the one and only Glen Campbell!”) With all due respect to these fine artists, we all know that nothing slows down an already draggy movie award show like multiple musical performances. 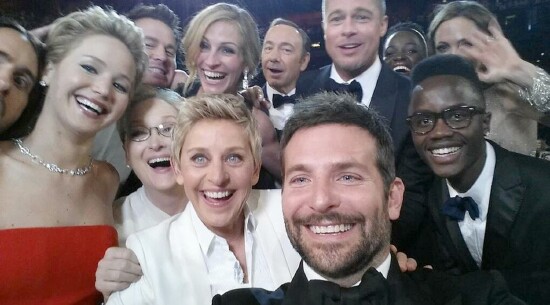 There is only one thing about this year’s Academy Awards telecast of which I am relatively certain: There will not be a moment comparable to Ellen DeGeneres’ selfie achievement in 2014. Nor, in all likelihood, will anything come close to the spectacle of watching as pizza is delivered to starving stars who hadn’t consumed food for 24 hours prior to the telecast.

The picture and the pizza worked because they were moments totally unlike any we had ever seen in Academy Awards telecasts. They were arguably the most surprising and engaging since the few seconds in the 1974 ceremony when a streaker dashed behind dignified host David Niven, instantly connecting what was usually a somewhat stodgy affair to the culture of the moment. (Click on the image below to relive the excitement.) Freedom of expression and displays of public nudity were all the rage at the time, and that streaker brought both right to Hollywood’s biggest stage, just as DeGeneres’ selfie infused the Oscar telecast with the timely rush of social media. 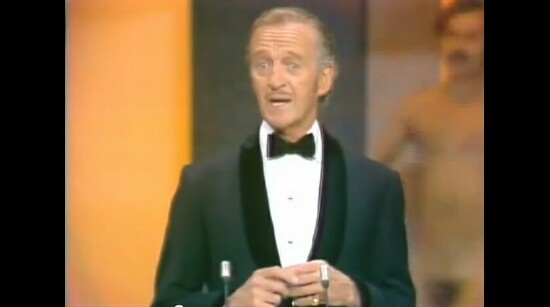 I’m sure host Neil Patrick Harris will take whatever material he has been given and run with it. Considering his unforgettable stints as host of four Tony Awards and two Emmy Awards that may be reason enough to watch, at least at the start. But what about the rest of the show? Has there ever been a less-commanding batch of nominated movies? For the first time since my pre-teen years I am heading into Oscar weekend without having seen a single movie nominated for Best Picture. I regret not seeing “Boyhood” in a theater. If I make time for one film this weekend it will be “American Sniper.” As for the rest, I’m sure I’ll see some of them on television via one distribution platform or another in the years to come, but I’m not exactly breathless with anticipation.

Scrolling through the movies that showcased the performances nominated for Best Actor, Best Actress, Best Supporting Actor, Best Supporting Actress and Best Director leaves me similarly under-motivated to check out any of those still playing in theaters. From what I know of them and what I have heard, the nominated films -- from “Birdman” to “The Imitation Game” to “Selma” to “Whiplash” -- are certainly more impressive and likely more engaging than the average mindless multiplex filler (though I have to admit I really enjoyed “Guardians of the Galaxy,” one of the few movies from 2014 that I have seen). But something is off. I suspect it might involve the inescapable high quality of so many television series these days, which can’t help but lessen the once unapproachable allure of movie-going.

With the possible exception of “Boyhood,” which I understand to be a unique accomplishment in every way, I doubt that there is anything in any of the nominated movies that would surpass the many pleasures to be had from watching many of today’s finest TV shows, or even revisiting such recent classics as “The Sopranos,” “Friday Night Lights,” “Breaking Bad” and “Fargo.” I would rather watch fresh episodes of “The Walking Dead,” “The Good Wife,” “Mad Men,” “Downton Abbey,” “Better Call Saul,” “The Blacklist,” “Homeland,” “The Americans” or “Game of Thrones,” to name the usual suspects, than just about any recent movie of the mainstream or independent variety.

Why, just this past weekend, when the frigid temperatures in New England curtailed many activities, I opted to stay in and binge-watch the first eight episodes of the current season of “Shameless” (pictured above) rather than head out into the cold to see “The Theory of Everything.” It was time well spent enjoying award-worthy work from a number of fine actors, including Emmy Rossum, William H. Macy, Cameron Monaghan and Noel Fisher.

I’m just one voice in the crowd, and my tastes are my own. But I suspect I’m not alone in being underwhelmed by this year’s movie offerings. So I can’t help but wonder about how well the Academy Awards telecast will do on Sunday. It’s supposed to be the second biggest annual telecast of the year, behind only the Super Bowl. But who will comprise the audience for this show?

No matter what, there is one hour of movie-driven entertainment on Academy Awards night that never disappoints: The “Jimmy Kimmel Live After the Oscars” show. I can’t wait. Anyone up for a replay of Kimmel’s 2008 post-Oscar classic, “I’m F*cking Ben Affleck”? If so, just click the pic below. 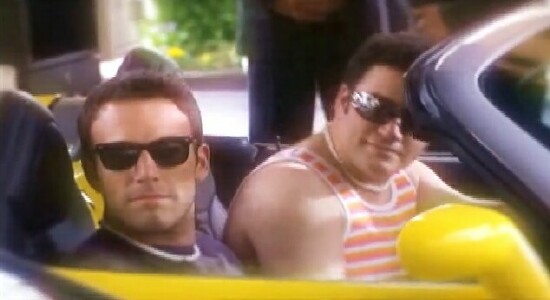