Who's Guilty and Who's Innocent in the Industry's Transparency Wars? 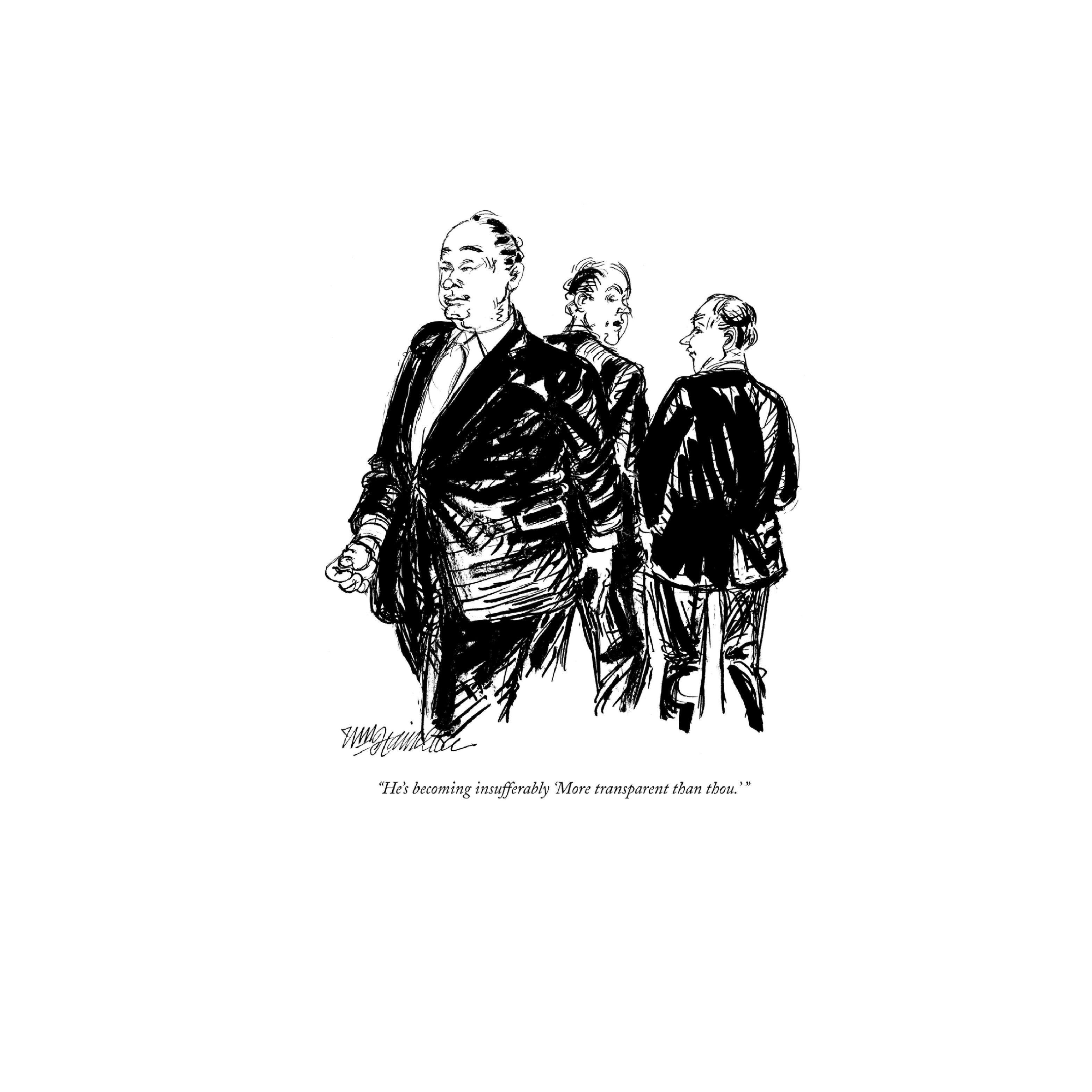 Bill Duggan penned a piece in MediaVillage.com last week continuing the ANA's attack on ad agencies -- this time over production transparency, which is the code name for unethical and possibly illegal bid-rigging activities conducted by some agencies to secure production contracts at favorable rates.  A previous transparency issue, media transparency, was investigated by ANA in 2016, and it confirmed instances of media agencies enriching themselves at client expense through rebates, kickbacks and other "non-transparent" practices, many of them not forbidden by existing contracts.  Duggan summarized ANA's view about these two transparency issues: "The advertising industry continues to suffer from a transparency crisis, which has broken down trust between advertisers and agencies ... the ad agency community now needs to acknowledge and address these issues rather than continuing to issue denials …"

There is, no doubt, a major transparency crisis in the industry.  Is it the fault of ad agencies?  Is it the cause of a breakdown in industry trust, as Duggan argues?  Was there trust between the parties before the 2016 ANA investigation into media transparency practices, but the exposure of non-transparent practices destroyed the trust?

Not on your life.  Duggan's argument is a prosecutor's view of transparency on behalf of ANA.  It ignores other long-term transparency issues that ought to bring embarrassment to ANA and provide fodder for 4As.  Less is said or known about them, though, because 4As has presented such a weak and ineffective case about them on behalf of its members.

Trust has been eroding between agencies and advertisers for over 25 years, ever since the shift of remuneration from media commissions to cost-plus fees.  Advertisers then needed to understand agency cost structures, and to this end, they hired cost consultants and benchmarking consultants to tear apart agency cost structures and find a basis, other than agency actual costs, for agency remuneration.

The "benchmarked costs" used to set agency remuneration have been non-transparent to agencies.

"You say that your blended average salary is $100,000 per FTE?"asks a benchmarker. "Sorry, our industry benchmarks show $90,000, and this will be the recommended cost basis for your fees."

"Can we see the source of your benchmarks?" asks the agency.

"Our benchmark database is confidential," assert the consultants, "so we can't share the details with you."  In this, they are fully backed by their advertiser clients.  ANA fosters this benchmarking methodology for its members, inviting benchmarkers to share their salary and overhead benchmarking techniques at ANA committee meetings and at major conferences.  Try this at home: Search the ANA website for "benchmarking" and you'll find "Using Benchmarking Tools to More Effectively Negotiate Agency Agreements" as one of 709 such articles on the ANA website. Restated, this could read "Using something other than actual agency costs to pay agencies on a cost-plus basis."

Benchmarking has driven down the price of agency services by 70% since 1992, according to research I conducted for my book, Madison Avenue Manslaughter.  The benchmarks behind the price erosion are completely non-transparent.  The approach, as it has been employed by ANA members, strikes me (and many others) as intellectually dishonest and unprofessional, if not downright unethical.  Benchmarking has cut fees, led to downsizings and job losses, and forced agencies to do more work with fewer, more junior people.

Scope of Work documentation is another area that is fraught with transparency problems.  Advertisers do not specify the number or type of deliverables in Scopes of Work, making it difficult for agencies to quantify workloads and calculate the headcounts required for the work.  This does not matter to advertisers, though, because SOW workloads do not provide a basis for the calculation of agency fees.  Instead, fees are arbitrarily fixed in advance of SOW documentation.  Workloads "just happen" as advertisers experiment throughout the year.  Agencies are expected to do "any and all work" for a fixed fee by most of their clients.  "If you don't like it, we can always get another agency to do the work."

ANA provides a recommended SOW template for its members, but its quality is so poor that it promotes, rather than corrects, non-transparent SOW documentation practices.  When I diagnosed the template for one of its ANA authors, he emailed me with a short message: "Ugh.  We did author this."

Shame on ad agencies for letting this happen.  But that's another story.  Shame on ANA for providing subpar SOW guidance for its members.

Do non-transparent ANA practices justify illegal agency practices?  Not at all.  Those who violate the law should be fully prosecuted.

What about "unethical" practices, though?

In the process, trust is eroded, jobs are lost, quality is compromised, brands are left stagnant and accusations are freely made -- all in the name of increased shareholder value.

If ANA wants trust restored, then it should sit down with 4As in a serious effort to eliminate all non-transparent practices, including those it is responsible for, and find a higher purpose than self-serving shareholder value as the basis for advertiser-agency relations.  "How should we work together to maximize brand performance and ensure that remuneration is fair for all?"  That would be a better challenge than asking their hard-pressed agencies to do a mea culpa over media and production transparency practices.