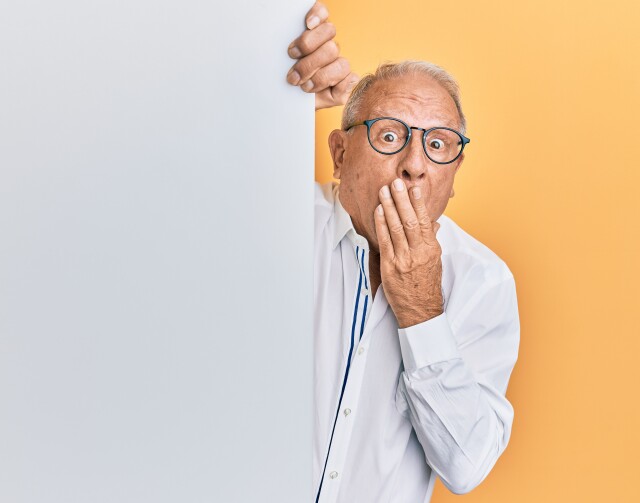 The Elmer Fudd voice in the headline is deliberate, because from the time I first heard about Quibi I had the unshakable feeling that it couldn't win … just like Fudd, the hapless hunter of a certain "wascally wabbit" who failed spectacularly at tasks he never should have pursued in the first place. Bugs Bunny was always way out ahead of him, as was the public with this latest digital experiment. Even when Hollywood heavyweights began to gravitate toward it and the media echo-chamber began buzzing about all the wonderful things that Quibi was creating, something about it felt off to me.

I haven't read any of the hindsight quarterbacking or post-mortems about its collapse since Quibi called it quits last week, or set the stage to do so, announcing that it will shut down around the end of November/early December (actually December 1) … after which it will forever be remembered as a reported two-billion-dollar bust (give or take a hundred million or so). Or maybe it will be quickly forgotten, an even more punishing indignity by Hollywood standards.

There are all kind of logical, common-sense ideas that explain why Quibi qwapped out, and why it shouldn't have existed in the first place, at least not in the way that it did. That's my way of saying that I don't think it would have survived and thrived even without the pandemic, which temporarily cut down two intended audiences that experts thought would ensure a stable foundation for possible future growth.

The first audience is students. The thinking was that they would watch quick Quibis between classes, or on their bus rides, or during their lunch breaks, or killing time after school. But that thinking assumes that kids are looking for something else to do at those times, rather than talking to their friends, fixating on their social media feeds, playing games, texting, making calls or watching any of the millions of short videos already available to them on powerhouse newcomer TikTok, the insurmountable YouTube, scrappy SNAP or the story area on Instagram. Or, of potentially greater significance, busily taking their own pictures and shooting their own videos to upload on same.

The second "obvious" audience is (or should I say was) commuters -- specifically, those who travel to and from work every day via train or bus. Coronavirus took quick care of them, decimating potential viewership by sending everybody home to do everything. I'm not convinced that luring commuters to its platform was a viable business model to begin with, though, because they, like their kids at school, already have enough stuff with which to fill their daily travel time -- and they tend to be creatures of habit. Their diversions include watching full-length television and streaming programs on various devices, getting ahead on work or (seriously) reading books or magazines of the paper variety and enjoying a brief break from screens during their daily digital daze.

And then there is Quibi's content, of which I cannot say too much because I have only sampled a couple of shows. But, in my opinion, big budget microstories featuring top name stars cannot compete with the gonzo energy and/or disarming charm of home-made videos by ordinary people. YouTube and SNAP are prime showcases for a level of creative expression and sincere sharing (by, literally, millions of people who will never be mistaken for artists) that was never available to people in general before the early years of this millennium (when digital consumption and production went fully mainstream).

Also, despite lofty ideas about attracting fickle schoolchildren and committed commuters, the true target of something like Quibi, at least until we experience some sort of shift in the cosmos, would appear to be Gen Z and Millennials, two generational groups that do not like to pay for entertainment. Their viewing options come through shared streaming accounts with others (generally moms and dads) or those "tricks" they all know that enable them to find anything online for "free." Quibi's monthly fee -- $4.99 for content with ads, $7.99 for content without any -- may not sound like much, but for them it's the principal of the thing. And if they are willing to hand over their own cold cash, they are probably enjoying subscriber specials on Hulu or Disney+.

In short, this was an ill-advised and poorly timed effort to get even more money out of a public that is perceived to be entertainment-starved but is in fact entertainment glutted and always looking for ways to cut costs.

In other words, Hollywood executives need to get out more.

Quibi may be petering out, but elements of it could very well live on. I don't know the numbers, but there must be thousands of minutes of high-quality entertainment in its archives (remember those Emmy noms!), populated by people who are proven attention-getters and largely unseen by the public. Much of it could go to YouTube in some sort of fire sale. Or, even more tantalizing, dozens of serialized Quibi shows could land at basic cable networks and streamers and serve as tantalizing interstitial programming that could on cable play out over a night or a week or a month, depending on where it is scheduled, or simply be set up for a binge in the streaming world.

Remember the web series Fear the Walking Dead: Flight 462that ran as a weekly interstitial program on AMC? Like that.