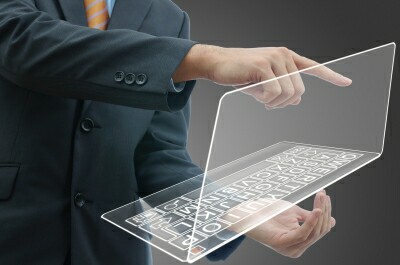 The other week I moderated a panel for MediaPost at one of their OMMA events. Our excellent panel discussed the implications of the fact that digital advertisers are interested less in buying sites, and more in buying audiences -- as indeed has been the case for decades in all those backward, old-fashioned legacy media forms.

As is usual on these occasions I mingled. It’s always good to hear what front-line professionals are talking about, what issues are at the forefront of their minds. “What,” I asked one or two of them, “about the transparency issue?”

The responses were rather interesting, and slotted into one of two camps.

1. Oh that is so boring. We’ve moved on, surely?
2. Depends what you mean by transparency.

Well, actually no we haven’t. And don’t try to wriggle away from your responsibilities on the back of some semantic gymnastics and talking very loudly about something else.

I do realize that many in agencies have short attention spans and that boasting about how you have developed a new iPhone app might be more fun than worrying about the future of the business, but unless the agencies take the initiative and do something about transparency … well, let’s just say a lot of people will get to spend more time with their favourite smart-phone.

Why is it considered so weird to expect to be told how your money is being spent and what is being paid for what? The counter argument is so ludicrous it’s hard to type the words without convulsing with giggles. It goes: “We deliver audiences, why does it matter how?”

Digital traders are fond of drawing comparisons with other industries. Like fashion. “If I buy a tie, I buy it because I like it. I don’t care what the materials cost.” Possibly -- but to stretch the analogy a little, at least you know it’s a tie; and at least you come to an informed judgement over its worth to you. This judgement is based on all sorts of factors, including your view of the value of the brand and what you’re prepared to pay for a tie of that particular design.

You’re also likely to be in a room with a load of ties, all individually priced. So you can make your decision based on what you see.

Or the stock market. I heard someone from Xaxis say with a perfectly straight face the other day, “If I sell you stock in a company I own and it outperforms the market then you’d be happy, whatever margin I’m making.” Well, first of all I would have preferred to make even more money by paying the broker less, or at least an honest amount for his work, and secondly in financial services it is usual to be told of any potentially compromising interest the broker may have in the company in which he’s selling you stock, so that you can then make an informed decision. The base Xaxis model doesn’t disclose what you’re buying stock in (to continue the analogy) let alone tell you that they own the company (in the case of 24/7).

Transparency is a simple matter. If you’re an advertiser you should know what you’re buying, what you’re paying for it, and how that price compares with some norm. You might decide to trade away one or more of those components in return for less control, but if you decide to do so then that too is your decision, based on an evaluation of the options open to you.

Transparency is one issue driving several large advertisers to desert their agencies’ digital trading operations for independent shops, or to take certain activities in-house. Several people have described this trend as a “passing fad.” But it isn’t. Advertisers are not fools; and they tend by and large to do what’s best for them. For very many years in the UK, Procter & Gamble negotiated and bought their own TV airtime. They did so because they always got better rates than any agency. (I know as I was for years a P&G agency and thus party to what they had negotiated). It was simply better for the P&G business to do it that way.

When TV life became more complicated P&G worked out it wasn’t worth investing more in the necessary internal resource and so they stopped doing their own buying (although they continued with the negotiation). It was better for the P&G business.

Smart advertisers do what’s best for them. Sometimes that’s investing in in-house capabilities; sometimes it’s going to an independent operator for certain elements of what they do; sometimes they use an agency. It’s hardly rocket science. They do what they consider to be the best thing for their business.

One thing’s for sure, once your behaviours force people to open their eyes to alternative ways of doing things they sometimes find a better solution than the one you’re offering. And once they’ve sampled the experience of doing things differently it is hard to entice them back into the old way.