Will “How to Get Away with Murder” Live Up to Its Title? – Ed Martin 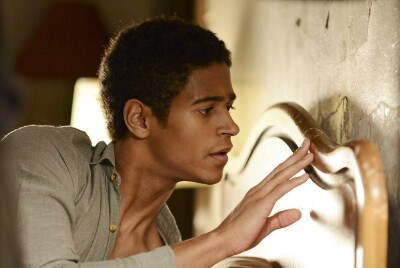 Finally, the truth is out: ABC’s “How to Get Away with Murder” is a show about a group of murderous little millennials who aren’t above committing multiple crimes in the interest of their own interests.

Further, if the behavior of their professor and mentor – an attorney of considerable accomplishments – is the barometer, they are well on their way to becoming a rat pack of fierce, formidable lawyers.

For some reason, writing that line reminds me of one of the most memorable jokes on the comedy classic “Murphy Brown.” Murphy was grilling a lawyer over one issue or another and getting nowhere with him. Finally she asked, “Why did the lion chew on elephant droppings?” He had no idea, so Murphy answered, “He had just eaten a lawyer and was trying to get the taste out of his mouth.”

I imagine the young law students on “HTGAWM” are going to taste similarly awful by the time they start their careers. How could they not with the fantastically flawed Atty. Annalise Keating molding them into her idea of first rate legal eagles?

Actually, as the midseason finale made abundantly clear, it is exactly that darkness underneath everything these characters do that made this show so entertaining right from the start and has cemented its reputation as the hottest new broadcast series of the 2014-15 season.

The midseason finale of “HTGAWM” didn’t really tell us much more than we had learned from the pilot: Annalise Keating’s husband had been killed and four members of the Keating Five (the small group of students she deems most promising) were doing their damnedest to cover it up by destroying the body amid the controlled chaos of a university sponsored bonfire. (It looked as though hundreds of students were really running wild during the bonfire scenes. I have to wonder if such rambunctious behavior was common during the reign of formidable old-school academic leaders like Professor Charles W. Kingsfield, a man who might have consumed Keating and her peers for lunch. If you don’t know who Kingsfield is, Google him … and then go locate a copy of the 1973 drama “The Paper Chase.” You may skip the tepid Showtime series adaptation that followed in the Eighties.)

There are spoilers ahead, which shouldn’t be an issue by now, as the episode under discussion was telecast almost two weeks ago. Nevertheless, if you haven’t seen it yet, or have yet to binge on the show’s first half season, you have been warned.

In the midseason finale, law students Wes, Connor, Laurel and Michaela (along with drug dealer and murder suspect Rebecca) entered the private living area of a man who had not been charged with or found guilty of a crime, harassed him, stole his property, resisted his insistence that they leave his home, and engaged in a struggle with him that seemed to end when he fell from a staircase and lay motionless on the floor. Then he got up and attacked one of his attackers – arguably in self-defense, or because he was half out of his mind at that point – and then Wes hit him over the head and killed him. As the night wore on they all busily set about covering up their crimes. At one point, Keating became aware of what had happened – the dead man being her cheating husband and all – and immediately set about helping her young charges conceal the truth.

This is all well and good – to date, in fact, it is exactly the kind of ballsy storytelling that has made “HTGAWM” an instant success and put series lead Viola Davis on the fast track to multiple award nominations. It has been more fun to watch this fall than just about anything else on broadcast television, and it holds up extremely well in repeat viewings.

Given that five of its lead characters are now incontrovertibly involved in multiple acts of violence, not to mention a killing, and that few if any of them are likely to be jettisoned from the show’s canvas this season or next, “HTGAWM” is certainly on track to continue reinforcing the message of its title. But I’m concerned about what might happen during the second half of the show’s first season. Will these characters we have come to care about get away with their crimes and continue with their “personal journeys,” as today’s social observers might say? Will crime be shown to pay? Will the stakes in their future exploits be lessened because we will have been conditioned to expect that they can get away with just about anything and enjoy largely consequence-free lifestyles?

If so, that will locate “HTGAWM” in the arena of daytime drama, where villains never pay for their bad behavior and only the good suffer and die. (That may explain why the audience for soap operas has eroded so significantly during the last 20 years.)

I like to think “HTGAWM” is better than that … that series creator Pete Nowalk and super-producer Shonda Rhimes will be smart enough to knock us all on our behinds and toss a couple of their beloved characters under the next campus shuttle.

That will keep everyone on edge – characters and viewers alike – which is exactly what broadcast dramas have to do to remain competitive. It has certainly worked for CBS’ “The Good Wife,” NBC’s “The Blacklist” and ABC’s “Scandal,” three top-tier shows that I fully expect “HTGAWM” to be in the company of by this time next year.