By Simon Applebaum March 23, 2016 Tomorrow Will Be Televised Archives 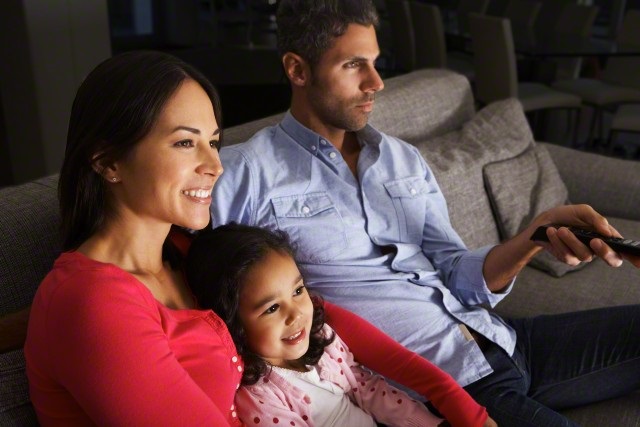 There's a large body of Latinos out there who choose to see as much television as they like in English, rather than Spanish. Some research on Latinos in general concludes this body cuts across all age groups, while other studies peg the audience as Millennials and their offspring. The one conclusion all these data snapshots unite on is that this group will expand as their access to more original content in English expands, and more of that content, especially scripted, is controlled and produced by and features Latinos.

(Editor’s Note: This is the final column in Simon’s four-part series on the current and future state of Spanish-language TV. Read Part One here, Part Two here and Part Three here.)

Of the key Spanish-language TV players, Univision Communications has made the biggest moves so far to role-play with English-language content. The company owns Fusion, the 24-hour information and lifestyle channel in partnership with Walt Disney (via ABC News) while holding a minority investment in El Rey, Robert Rodriguez' action/adventure genre-focused network which marked its second anniversary last December. Separately, Univision's digital division recently bought equity in The Onion, the popular satiric Web site responsible for Onion News Network on IFC earlier this decade.

NBC Universal Telemundo Enteprises, which operates Telemundo and sister channel NBC Universo, is not a stakeholder in English-language channels at this point. Parent NBC Universal maintains a relationship with Fluency, an independent multi-platform producer of made-for-TV movies such as “Ana Maria in Novela Land” which run in English on USA Network and Syfy and in Spanish on Telemundo. The Enterprises unit also encourages unique English-language synergy with other NBCU divisions, resulting in Telemundo talent appearing elsewhere. A notable example: Nightly news anchor Jose-Diaz Balart overseeing “The Daily Rundown” mornings on MSNBC.

At the moment -- less than three months before the next round of Spanish-language Upfront presentations here in New York – it is unclear how further Univision will go in the English-language content domain. There have been few words in public about El Rey's future original programming strategy beyond new seasons of “From Dusk till Dawn” and “Lucha Underground.” On the other hand, several reports over the last month suggest Univision wants sole control of Fusion and is negotiating with Disney to buy out its equity there. That transaction, if it happens, may be followed by some changes in focus at Fusion. Originally concieved to reach Latino Millennials, Fusion now operates with the goal of a general Millennial crowd.

Whlle waiting for clarity there, anyone with thoughts that both Univision and Telemundo would not double down on their bread-and-butter in Spanish as they explore further English-language inroads had to be surprised by a pair of recent developments. After more than three decades at Univision as the king of multi-hour variety programming, “Sabado Gigante” host Don Francisco launched a new relationship with Telemundo. Francisco will set up his own production company to supervise a variety of original Telemundo series, plus interview world leaders as a senior news correspondent. A few days earlier, Patricio Wills, a major force in Telemundo's telenovela productions out of Miami, hooked up with Univision. His new role there is to create U.S.-produced nightly and weekly dramas for sister channel UniMas. Like Francisco, Wills will form a new venture to pump that programming up and get at least one series on UniMas this fall.