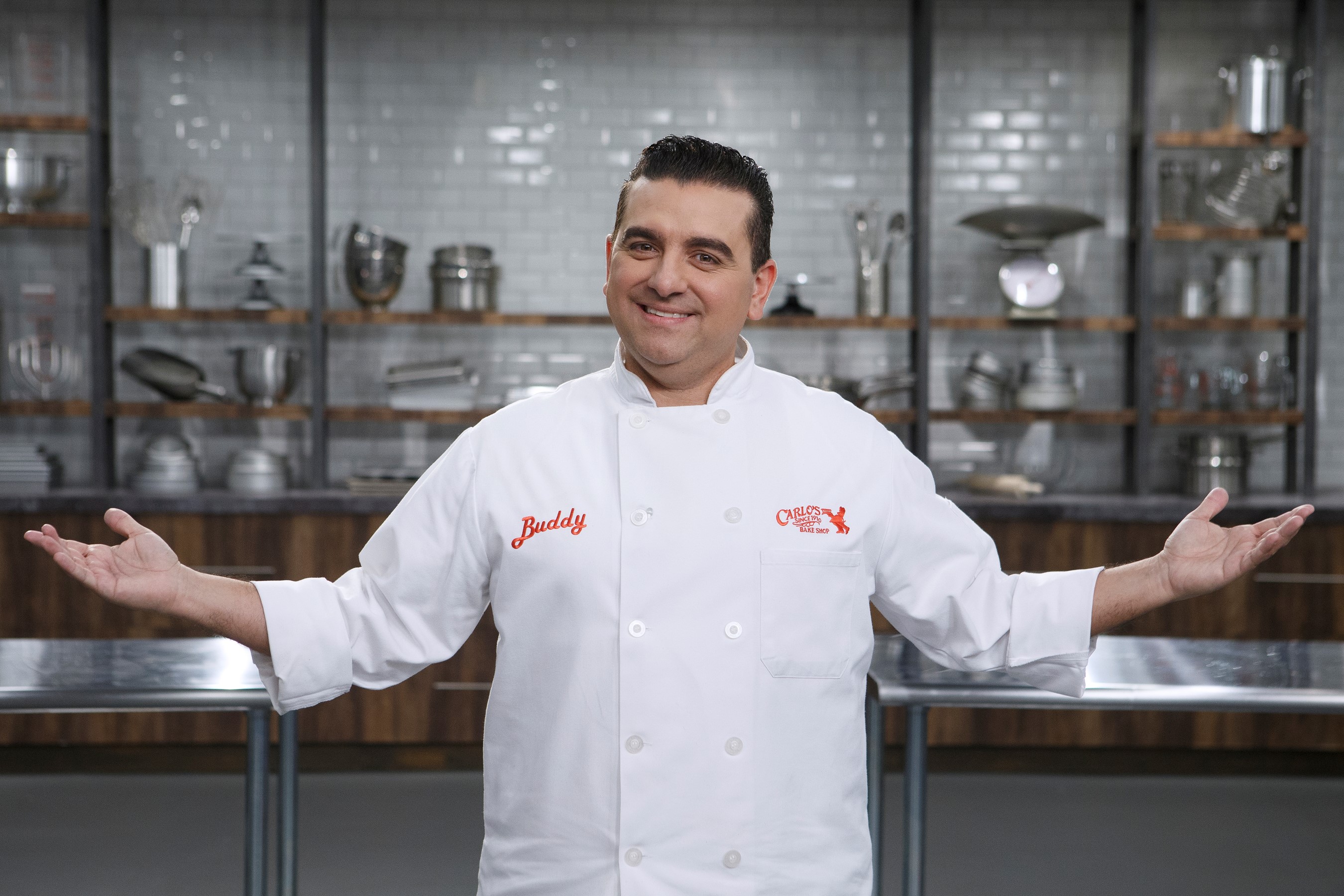 It's been 10 years since Buddy Valastro, the owner and head baker at Hoboken, New Jersey's Carlo's Bakery, became an unlikely television star on TLC's Cake Boss. Since then, Valastro has opened 18 additional Carlo's locations as well as an event planning and catering company, and he's gone on to star in more than a half-dozen Discovery Networks programs including TLC's Next Great Baker, Food Network's Buddy vs. Duff, and Food Network's newest, Bake You Rich, which premiered on April 14 and airs Sundays at 10 PM. In a first-time move for Food Network, Bake You Rich has incorporated e-commerce into the program by offering the winning dessert for sale on the Carlo's Bakery website immediately following each episode's airing.

It's nearly impossible to watch a cooking competition program and notwant to sample the winning dish, but Bake You Rich's format has been custom-tailored to mass production and distribution: As four contestants battle it out for the opportunity to sell their signature dessert at Carlo's Bakery (and online), their dishes aren't judged on taste alone. "The most important factor is how delicious it is," Valastro told us. "After a dessert has knocked our socks off, we sit and discuss a few things: quality assurance, marketing, mass production, food cost, packaging, profit margins, the whole shebang." 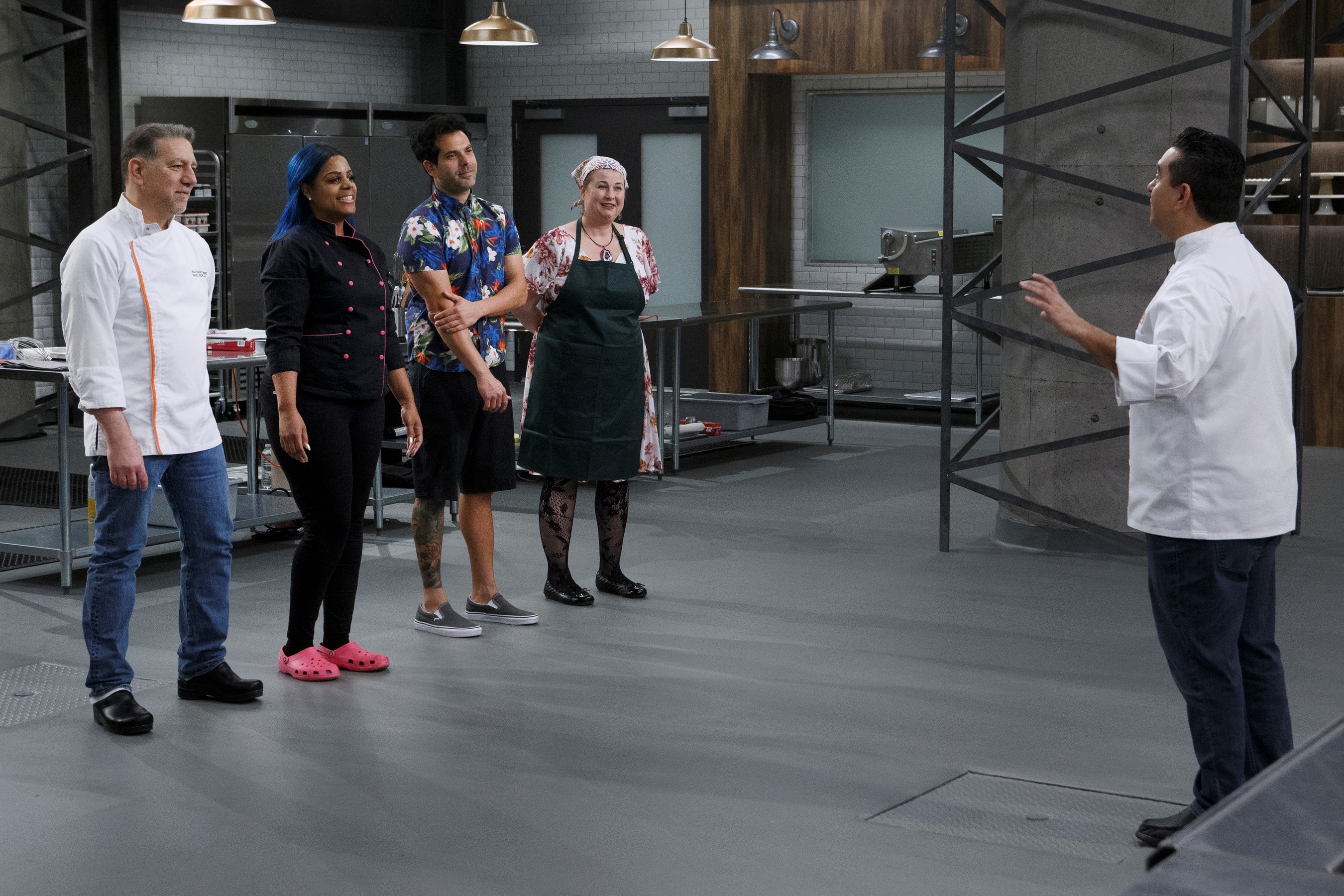 After a winning dish has been selected (following a final round in which the two remaining contestants must mass-produce their item with professional equipment at Carlo's Bakery), Valastro's team works with Goldbelly, the industry-leading online retailer of signature restaurant dishes and baked goods, to guarantee that the food item can ship to all 50 states and taste just as good at home as it does in the bakery.

Three dozen Carlo's products, from lobster tails to red velvet cake to tee-shirts and DIY cake kits, are already for sale on the bakery's Goldbelly page, so adding each episode's winning dish to the page represents a natural synergy. "Thankfully, Buddy and his team at Carlo's Bakery have an established infrastructure in place," Courtney White, Food Network's President, told us. " Food Network produced and distributed Bake You Rich the series, [and] Buddy Valastro selected the winning contestants and pulled each week's winning item into the machine he already has firing on all cylinders, allowing audiences the opportunity to fulfill their immediate curiosity by being able to taste something they had just watched come to life within the show."

As with all items on Carlo's Goldbelly page, careful "shipability" concerns are taken into account when choosing the winner. "I would love for Carlo's Bakery to have our entire menu available for nationwide shipping but some things just can't go in a box and travel across the country, you know?" Valastro said. "I need to feel confident the consumer is getting something just as good on their doorstep as it is in the bakery."

The premiere episode's winning dish, baker Gerard Fioravanti's "Frenagel" (a hybrid croissant-brioche-bagel), is shipped frozen in packs of 16 (for $69.95) and must be baked at home; detailed cooking instructions are included (pictured below). 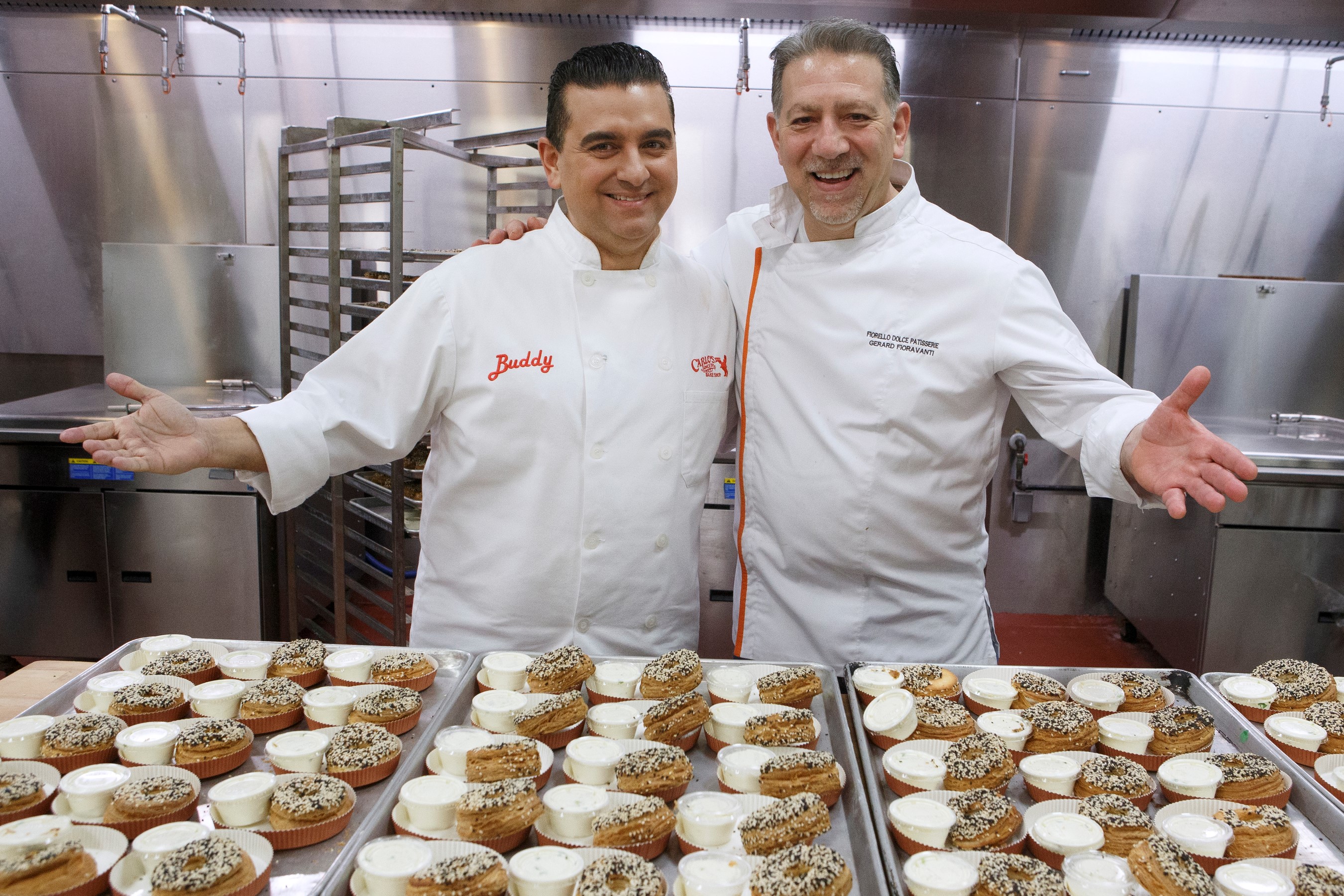 Culinary competitions and baking challenges have been a key part of Food Network's strategy for years, and Bake You Richcurrently shares the slate with baking-oriented programs including Duff Takes the Cake (with Ace of Cakes' Duff Goldman), Spring Baking Championship, and Worst Bakers in America; Sugar Showdown, Cake Wars, and Crazy Cakes are also in sister network Cooking Channel's lineup. This is the network's first attempt, however, to sell a competitor's winning dish online, and its most conspicuous e-commerce drive to date.

"Bake You Rich is a departure from our other baking competitions and unlike anything we've done before," White added. "Not only by giving viewers a look at the inner workings of the successful bakery business Buddy runs and what it takes to create a top-selling item, but by offering viewers the ability to purchase and taste something that they just watched, immediately following each episode."

It's a smart and safe experiment for Food Network, and can certainly be classified under "giving viewers what they want." As can be expected, White isn't ruling out replicating the formula if it's a success, but wasn't ready to reveal whether additional e-commerce tie-ins are already in the works.

"Bake You Rich will inform us on what the audience appetite for more like programming may be," she said. "We don't have any immediate plans to share, but certainly in success it seems like a natural path for Food Network."

Dan Myers is the Deputy Editor at leading food and drink site The Daily Meal. You can follow him on Instagram @sirmyers.