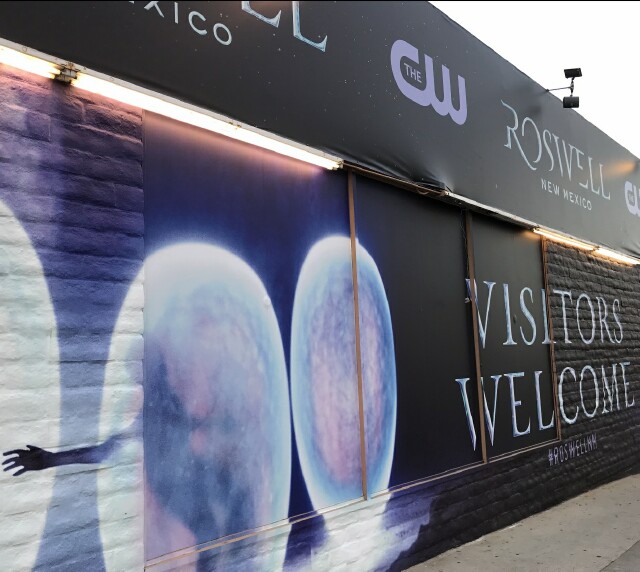 True to its word, The CW continues in the spirit of its partnership with the women’s empowerment initiative #SeeHer (announced in October of 2018) and its own #CWOpenToAll with Tuesday's premiere of Roswell, New Mexico.  The series pilot was directed by longtime CW alum and executive producer Julie Plec (Vampire Diaries, The Originals, Containment), with series creator Carina Adly MacKenzie at the helm writing, executive producing and show-running.  MacKenzie has come a long way from her days as a writer’s assistant and under the mentorship of Plec has worked her way through the ranks.

"Julie has been a mentor to me since I was 22 and while I often don't listen and pay the price, I have always felt incredibly safe with her as a mentor, boss and now partner," she told reporters recently at an innovative Roswell, New Mexico pop-up event in Los Angeles (an immersive experience installed to promote the new series).  "To look around [the production] and see a female director and female script coordinator and have the words ‘Executive Producer’ on my chair means a lot.  It's a huge deal to be on a set that feels like it's run by women.  But to also have our voices heard without shouting has been transformative.

"My only other experience on TV was mostly on The Originals and an episode of The Flash," she continued.  "Both of those shows, at the time, felt a little like a boys club.  Even though Julie was running The Originals, we had a lot of men in control.  I had the most incredible experience on The Originals and learned literally everything I know, but there was a sense (on Roswell) of being heard.  It was incredible to be on a pilot and feel my voice was being heard." 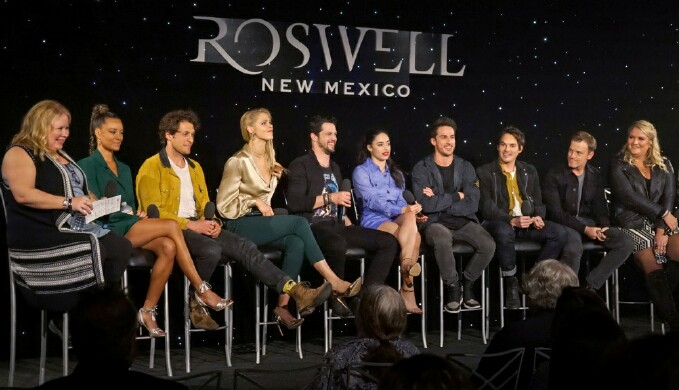 If the premise of Roswell, New Mexico [aliens with special powers living amongst us following the infamous 1947 crash landing of something from another world] sounds familiar, it should. Based on the Melinda Metz penned book series “Roswell High,” it was first developed and telecast on The WB in 1999, making stars of its leads Shiri Appleby, Jason Behr, Katherine Heigl, Majandra Delfino, Brendan Fehr and Colin Hanks.  The teen-centric original series ended in 2002.

Last year Mackenzie, a big fan of the original show, was tasked to reimagine it for a new generation.  She believed aging the characters ten years was a good way to start.  "The thing I loved about the original, when I was 12, was the sense that everyone feels like an alien in high school," she revealed.  "I wanted to raise the stakes of that feeling, especially in 2019, when the feeling of otherness and not having a community or family have been raised considerably.  I wanted to tell stories in which the characters had to go to work and have adult responsibilities and are on the cusp of adulthood, whereas at 16 you are not on the cusp of anything.

"Personally, I [like to say] it’s a reimagining," she added.  "We are an adaptation of the same source material as the show that aired in 1999.  So, if you didn't watch that show you're good.  If you did, then the names may be confusing, but you're probably still good."

Roswell, New Mexico is telecast at 9 p.m. Tuesday on The CW.

The opinions and points of view expressed in this commentary are exclusively those of the author and/or subject(s) and do not necessarily represent the views of MediaVillage.com/MyersBizNet, Inc. management or associated bloggers.K