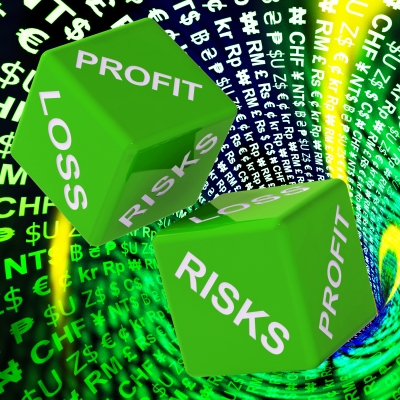 It’s been a little while since we last commented on Xaxis, GroupM’s trading desk. In that time there have been many significant changes -- not least Xaxis’ statement that they are not a trading desk.

Last week, Brian Lesser the Xaxis CEO gave an interview to Business Insider. This was interesting for several reasons. First, the assertion that Xaxis is not a trading desk, or (perhaps more accurately) not only a trading desk.

Lesser makes the point that his organization has “recently created a product called Xaxis Sync that allows advertisers to sync advertising served to a mobile device with what is happening at the same time on TV.”

Good idea, and well done to them. That’s exactly the sort of initiative they should be taking.

Back in March 2014 The Cog Blog made the point that GroupM had positioned Xaxis incorrectly by focusing on the trading aspects of what it does. We said that there was great potential in a technology business delivering benefits to the Group’s planning agencies. We commented: “It would be smart if those who run Xaxis quietly started a re-think on just what it’s for. They need to appreciate that advertisers are increasingly and understandably demanding transparency and full disclosure (and yes I do appreciate the difference). Consequently there’s a need to reorganize and reposition the organization around the good bits. It’s time to deliver a Whyaxix.”

Later in the same interview Lesser reverted back to the bad stuff.

“Xaxis negotiates big trade deals with publishers, which Lesser says disables his company from exposing that pricing to clients.”

Let’s just consider that. Xaxis is used by many WPP clients. They trust the organization to spend their money wisely, and in their best interests -- in exactly the same way that clients trust Mindshare or any other agency to do the same in offline media forms.

Xaxis, exactly like GroupM, negotiates deals based on their total volume. Some clients like that; some don’t. Those that don’t (including a number of the largest) vote with their feet and find other homes for their online budgets.

But unlike GroupM’s negotiations with, for example, TV broadcasters, at Xaxis they are saying they won’t tell clients what prices have been negotiated with whom on their behalf.

So, to summarize, clients trust Xaxis with their online budgets. Xaxis, being very large, negotiates great deals no doubt covering more than space costs. But they won’t tell their clients what those deals are.

At the heart of this is the belief at Xaxis that clients buy audiences and as long as they deliver those audiences at a great price it doesn’t matter where the ads appear, or what terms have been negotiated with those carrying those ads.

And don’t let’s forget that Xaxis is also a media owner courtesy of what was 24/7 -- and so theoretically they could be buying from themselves.

Or they could be favouring those that favor them -- thus putting the buy ahead of the plan.

The whole subject of online advertising is so fraught with problems, from fraudulent sites to bots to ads not being viewed, that it is hardly surprising that clients are increasingly viewing the whole medium as problematic. What the medium doesn’t need is further obliqueness from the very people charged with spending their clients’ money effectively.

Xaxis and their counterparts are to be praised for their work in addressing some of the endemic issues faced by the medium. But why throw it all away by behaving so obliquely as traders?

Even if they’re not trading desks.

The opinions and points of view expressed in this commentary are exclusively the views of the author and do not necessarily represent the views of MediaVillage.com management or associated bloggers. Image courtesy of freedigitalphotos.net.