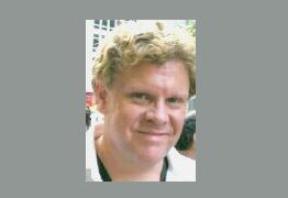 In yet another sign that everything about television is changing, Yahoo! and YouTube made their Television Critics Association debuts Wednesday afternoon with back-to-back sessions at the group's summer tour. It was a first for both companies, but not for the Internet programming community. Hulu started this new trend with a very successful session at the January 2012 tour and will return for another TCA event next week.

The first panel presented during TCA's Online Afternoon was for a made-for-the-Internet movie titled "Cybergeddon," which will debut in September on Yahoo! in a series of nine 10-minute segments supported by what executive producer Anthony E. Zuiker ("CSI") described as an

"immersive experience," which means a super-deluxe Web site and special apps with all kinds of features that will enhance the viewing experience on multiple platforms. Zuiker was joined by his partners in this venture: Bill O'Dowd, Chief Executive Officer of Dolphin Digital Studios; Bonnie Pan, Head of Strategic Video Programs, Yahoo! Inc., and Rhonda Shantz, Vice President for Global Brands, Norton By Symantec, the brand partner of this project. The film's director, Diego Velasco, was also on the panel.

Computer security company Norton by Symantec should benefit considerably from its involvement here, because the movie is about a special agent who investigates a series of seemingly unrelated cyber-attacks orchestrated by a worldwide cyber-crime ring. Shantz said Norton was "baked in" to the movie and the site. That means, among other things, that the company offered valuable input into the cyber-crime-fighting elements of the story. Also, there will be a place on the site where viewers can download a Norton Anti-Virus program.

"This is as seamless as Reese's Pieces in 'E.T.'," Zuiker said of Norton's deep involvement. Whether it plays as extreme product placement remains to be seen.

Everyone on the panel agreed that one of the most exciting aspects of digital production and distribution is the opportunity to premiere a project on a global scale. In the case of "Cybergeddon," it will make its debut in more than 25 countries at the same time, providing unprecedented opportunities for coordinated global marketing and publicity campaigns. Zuiker said there will be some kind of official premiere for the film and that critics will receive copies for review.

Nobody on the panel could fully articulate how they will ultimately determine the success of this project, despite repeated questions from curious reporters. But Zuiker gave it a try.

"Financially, time will tell," he offered. "On the emotional level, the win is in the doing. We're taking the future in our hands."

O'Dowd said he expects the global audience for "Cybergeddon" to number in the "tens of millions."

The second panel presented during TCA's Online Afternoon was for two YouTube channels: AwesomenessTV and Wigs.

AwesomenessTV, which produces digital programming for kids, tweens and teens, is the brainchild of former "Head of the Class" star and television producer Brian Robbins, who was inspired to enter this "space" (the most popular term at this TCA tour) by the viewing preferences of his two young sons, who always choose to watch television programs on one of their mobile devices rather than any of the flat-screen TVs at their disposal.

"My kids would prefer to lie in bed and watch movies on their iPhones rather than on the TV in their bedroom," he said. Robbins joked that for him, this was "strange behavior."

Robbins was also highly impressed with the success of self-made viral video sensation Fred Figglehorn (whose real name is Lucas Cruickshank), so much so that he has produced two TV-movies starring the guy. A third is on the way.

"I wanted to play in the YouTube space because I was blown away by how this kid created this franchise without any help from Hollywood or the press," Robbins raved.

Awesomeness last month debuted "imo" ("In My Opinion"), which Robbins described as a "teen girl version of 'The View.'" The show has been seen over two million times, he said.

Robbins and his production partner Joe Davola were on hand to talk about "Runaways," AwesomenessTV's first scripted drama. It's about "a Romeo and Juliet at a prestigious high school who disappear on the night a classmate is murdered," Robbins revealed. Each episode will be 3-5 minutes long. The first season will play out over 7 episodes.

That's right. The first season will be approximately a half-hour long. Cast members Pierson Fode, Kelcie Stranahan and Noell Coet insisted that they had no trouble fully developing their characters in so short a time.

Wigs, launched by film producer-directors Rodrigo Garcia ("Albert Nobbs") and Jon Avnet, features serialized scripted dramatic programming that is targeted more toward grown-ups, especially women. (Each program has a woman's name as its title.) Garcia told TCA members there can be an appetite for this kind of short-form online programming "if you find the right content for viewers." (Avnet did not attend the session.)

Garcia was accompanied by the stars of two upcoming series on the channel: Jennifer Beals, who will be seen in the three-episode drama "Lauren," and Sarah Jones, star of "Kendra," which will run for at least eight episodes. Beals and Jones were both recently featured in short-lived television series on Fox ("The Chicago Code" and "Alcatraz," respectively).

The YouTube portion of TCA's Online Afternoon was hosted by Shira Lazar, the host and executive producer of the weekly news and talk show "What's Trending with Shira Lazar." Last week it was nominated for an Emmy in the category of Outstanding Creative Achievement in Interactive Media – Original Interactive Television Programming.

In hindsight, I think Eric Ochoa of mun2.tv's original online series "Officer Diaz," who appeared at TCA earlier in the day at a breakfast for mun2, might have made more of an impact if he had been included in the lineup for TCA's Online Afternoon. Maybe next time.