"Young Sheldon" Is All Child-like Wonder and Family-centric Heart 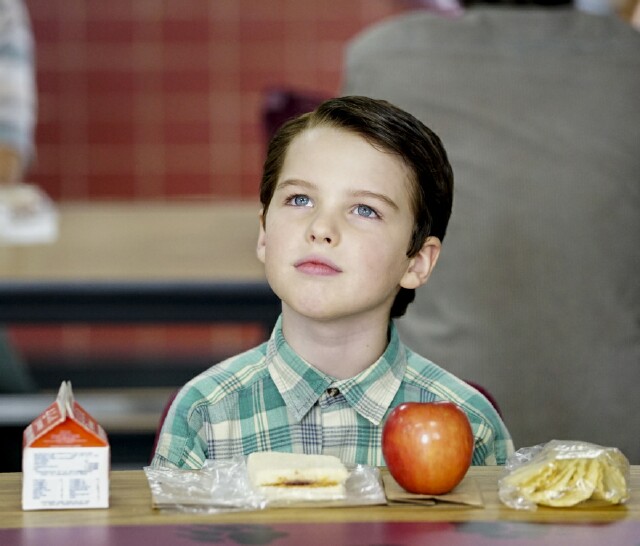 I often find that, just like fictional physicist Sheldon Cooper, it can be difficult for me to deal with change.  Needless to say, that means for me that spending 10-plus seasons getting to know CBS’s three-camera sensation The Big Bang Theoryjust to switch to a single camera dramedy that’s missing both a laugh trackanda familiar cast can be … jarring.  Fortunately for both myself and Mr. Cooper (insert Hangin’ with Mr. Cooper joke here), Young Sheldon replaces what it loses in familiarity with a healthy helping of child-like wonder and family-centric heart.  Color me sentimental, but there’s something about a kid who knows everything still being innocently ignorant to the social realities of life that tugs on the ol’ heartstrings, and in that respect, CBS’s prequel is a win.

Young Sheldon (which shouldbe Sheldon Cooper’s rap name, by the way) puts its titular lead in the center of yet another kooky crew, except instead of a group of semi-likeminded genius scientists (and Penny) he’s surrounded by his relatively normal East Texan family.  In the first episode almost everyone that Adult Sheldon has mentioned in passing is present:  his gym coach father, George Sr. (Lance Barber); his jock older brother, Georgie (Montana Jordan); his possibly insane fraternal twin sister, Missy (Raegan Revrod), and his bible-thumping mother -- and my favorite -- Mary (Zoe Perry).  The main man himself is available in both the disembodied and bite-sized varieties.  (Jim Parsons narrates the series as Adult Sheldon, while Ian Armitage, pictured at top and below right, is the scene-stealing star of the show.) 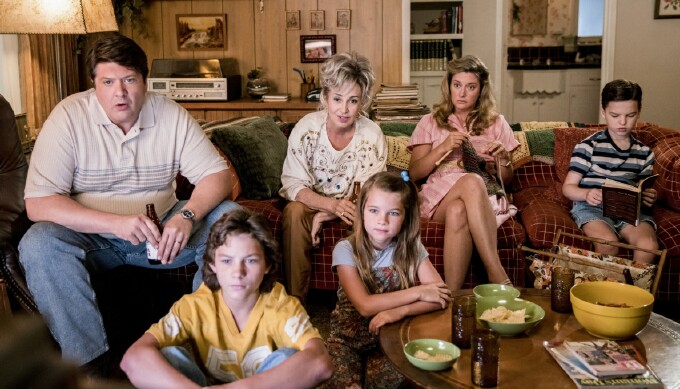 Excluding, of course, the obvious security blanket that is its brand recognition, Young Sheldon can place a lot of well-earned confidence on the touching relationship between Sheldon and his mother.  Unlike the rest of his family, Mary isn’t intimidated by her youngest son’s extreme intelligence, because she understands that no amount of book smarts will change the fact that every boy needs his mama.  She truly loves him unconditionally, and even though at times dealing with him can be, uh, difficult, she oozes an authoritative yet understanding love that says, “Shelly, Mama’s always got your back.”

As an added bonus, the role of Mary was perfectly cast.  Zoe Perry is Mary Cooper through and through, and her uncanny performance is probably 85% due to Perry’s talent as an actor, and 15% due to her sharing DNA with the role’s originator/her real-life mom, Laurie Metcalf.

Besides all its heart, innocence and touching mother-son moments, this show’s biggest draw is its ability to serve as both a barrel of insights into Sheldon’s core personality/upbringing and as the connective tissue between this yet-to-be explored past and its present day counterpart with which most of us are so familiar.  Real fans of TBBT know that there are both implied and outright mentioned milestones in Sheldon’s life that -- depending on how far Young Sheldonmakes it as a series -- we may get lucky enough to see. 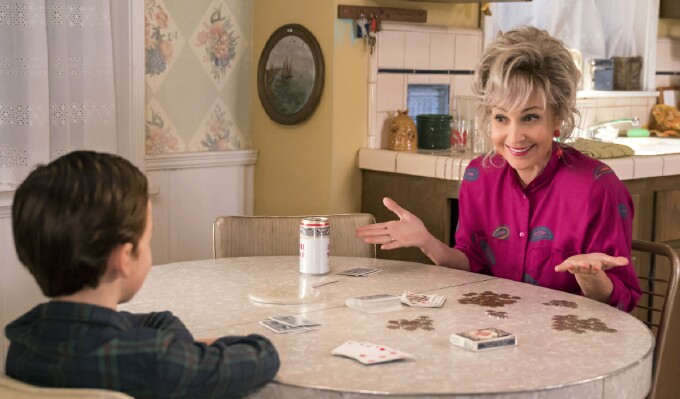 YS initially begins in 1989 with Sheldon starting high school.  At this point he’s still only nine years old, so while we’ll definitely get to know the younger “Meemaw” (Shelly’s fabled grandmother, played by Annie Potts, pictured above), we’ll never meet her husband “Pop Pop” because he died when Sheldon was five, as mentioned in Season 6, Episode 11 of TBBT.  (MediaVillage recently talked with Potts about playing a younger version of Sheldon's iconic grandmother.)

The hope for TV nerds like myself is that, like the Star Wars prequel trilogy, eventually we will be lead right up to the moment that Young Leonard comes into play and the two begin to assemble the crew of lovable misfits we all know and enjoy today.

I also hope that, unlike those awful Star Wars prequels, YS won’t destroy everything I love about its original iteration. (Currently there is no evidence to support that outcome as even a remote possibility.)

If what we’ve seen so far is any indication, all the classic Sheldon-isms we’ve been treated to via Adult Sheldon should make at least some sort of appearance during this self-narrated How I Met Your Mother/The Goldbergs/The Wonder Years-styletrip down memory lane we’re taking with him.  So far we’ve seen his early love for trains and Professor Proton (Bob Newhart, back again!), his lack of friends, his perfect pitch and his aversion to playing outside, as well as his Doc Brown-style attempts to procure dangerous materials like Uranium.

Obviously, we still have yet to encounter other key moments: The impending dissolution of his parents’ marriage and the origin of his infamous three-knock rule (knock, knock, knock, “Penny!”) – which was the moment he walked in on his father having sex with a woman who wasn’t his wife -- which doesn’t happen until Sheldon is thirteen years old.  And at age fourteen or fifteen, Sheldon’s dad dies.  All of these milestones were established in The Big Bang Theory and the more this new series stays true to the already established cannon, the happier people who take this stuff way too seriously will be, including me. 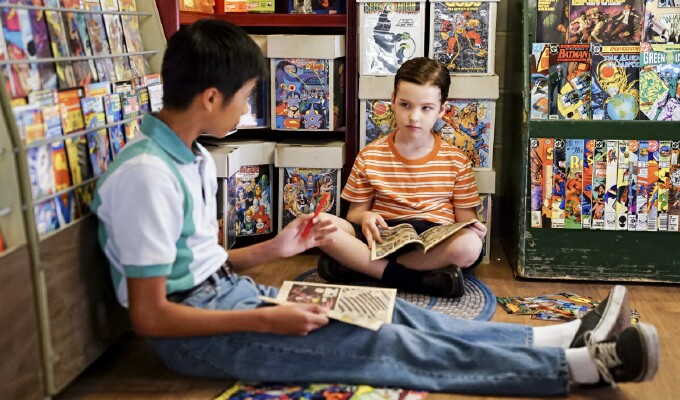 Behind the Sheldon-ness of it all is a comedy that, like many a popular show, is about a kid trying to fit into a world that regularly discourages individuality.  It also effectively ret-cons one’s opinion of present-day Sheldon.  Now, even at his worst, I can imagine him as that emotionally damaged kid who used arrogance to cover up his ever-compounding insecurities.

Geniuses or not, most of us were awkward kids.  (Hell, some of us still are.)  Doesn’t that make us all Young Sheldons on some level?

Young Sheldon is telecast on Thursday night at 8:30 p.m. on CBS.