“You’re the Worst” Fits in Perfectly on FXX 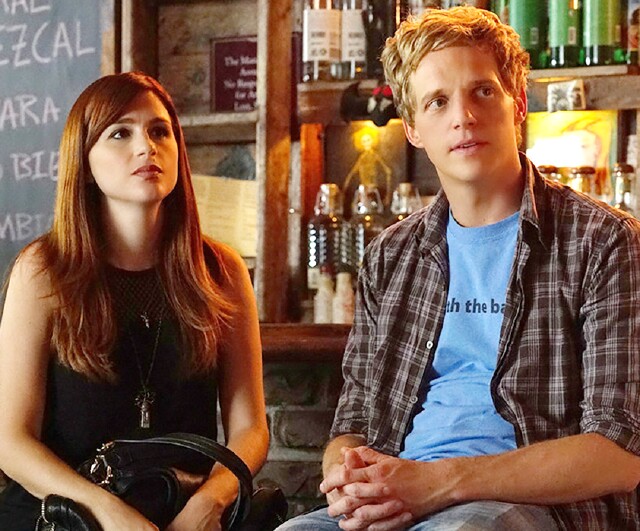 When I first started watching You’re the Worst I noticed that its four dynamically different main characters have an overriding common trait:  Each one of them is broken, perhaps beyond repair. Gretchen is a cynical, chaotic PR exec and Jimmy is an alcoholic, snide, semi-successful writer. Lindsay is a cute/sexy anti-homemaker “stuck” in a relationship that she loathes, and Edgar is a goofy, kind, once-homeless Iraq War vet. Everything about them is messy – and that makes them a perfect fit for FXX’s growing family of dysfunctional white folk. Imagine them at a party with characters from It’s Always Sunny in Philadelphia and Man Seeking Woman and you’ll get it.

(Editor's note: The two-part season finale of You're the Worst will be telecast on FXX tonight at 10 p.m.)

Back in Season 1 it seemed Gretchen’s issue was that somewhere along the line she was emotionally pummeled and it took a greater toll on her than she cared, or maybe even was able, to admit. Halfway through Season 2, however, we learned that she suffers from clinical depression, a fact she went to great lengths to hide from Jimmy. “I can’t tell him my brain is broken,” she confided to Lindsay, her best friend. This was a huge revelation, mainly because of what it meant: She’s not just some wacky, day-drinking lush ... she’s actually been self-medicating a very real and difficult disease.  It was all the more reason for her to take offense when Jimmy said he can’t see himself having kids with her. She knows she’s screwed up, but she desperately craves normality. This woman, like so many of us, is trying very hard to be happy, despite the fact that she got dealt a shitty hand.

The same can be said for Jimmy (Chris Geere). Like most jerks, he had his feelings hurt in the past and now lashes out as a pre-emptive self-defense mechanism. No one can hurt you when you never care about anything because everything is stupid, right? In reality, he just does what a lot of smart, emotionally ill-equipped people do: He uses a veil of narcissism, insensitivity and humor to hide the fact that his daddy issues effed him up.  Add the fact that he’s a self-centered “creative” to the equation and it’s no wonder there are so many moments when he has no idea what’s going on with Gretchen (Aya Cash, pictured at top with Geere), sometimes even when she’s clearly falling apart right in front of him. On the plus side, and however misguided, his attempts to “fix” Gretchen are indicative of how much he loves her … even if she doesn’t wash her legs.

And then there's Edgar (Desmin Borges, giving an award-worhty performance this season). He's my dude. Seriously, he’s such a stand-up guy that any dissonance in his life feels totally undeserved. He served in the military, which is noble, but returned with PTSD, which sucks. The episode that explored his illness was a scary masterpiece that really made us see him as more than just a kind-hearted goof. As his story progressed Edgar started self-medicating with pot and even snagged a job writing for comedian Doug Benson -- much to the green-eyed chagrin of his girlfriend, Dorothy.

After watching this man go through it for a while, I’m glad to see things are finally looking up for him, although it wouldn’t shock me if it all went to shit by the time we get to the season finale. 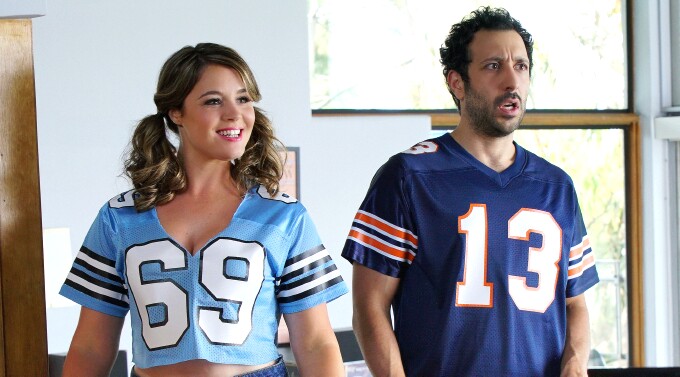 Then there’s Lindsay (Kether Donohue, pictured above with Borges), who I’ve honestly come to like less and less. Initially I thought she was really cute and funny. She was Gretchen’s partner-in-crime, and her biggest issue was that her husband Paul was a big-ass dork.  I used to root for her, hoping she’d escape the walking snore-fest to which she is married. But, get to know him a bit and it’s clear that Paul is actually a really good guy. He’s corny, but it’s a hilarious and heartfelt kind of corny, and the lengths to which he’s willing to go to make Lindsay happy make him damn near saint-like. Lindsay, on the other hand, rebels like a bratty teen in a way that was cute at first but now just makes me wish bad things would happen to her, which she needs, because she obviously only learns things the hard way.

Don’t get me wrong – Lindsay’s lunacy makes for great TV -- but the punishment she inflicts on this guy is hard to watch at times.  (I’m thisclose to starting a #FreePaul campaign.)  She has literally stabbed the dude in the back, sexually emasculated him and revealed that she terminated her pregnancy without at least discussing it with him. Oh, and she said she was leaving him. Again. In front of strangers. While they were at a wedding. So … yeah.

Sam, Shitstain and Honeynutz -- the rap trio Gretchen reps -- add a little bit of chocolate to this largely vanilla milkshake, acting as the comic relief for the comic relief. Some of the show’s best moments belong to these guys, with the most recent being Sam’s integral assistance with the final Sunday Funday bar-hunting puzzle and every interaction they had at Shitstain’s wedding.

This show’s biggest strength is the emphasis it puts on human flaws, some quite extreme and many very funny, except when they aren’t. None of these people are anywhere near to normal, whatever that is. They’re the worst -- and that’s the point. Much like the show itself, their lives are an almost toxic blend of dark seriousness (the depictions of drug abuse and mental illness) and pure silliness (just about everything else). It's a unique balancing act that the writers nailed right out the gate and continue to improve upon.