YouTube at TCA: Getting to Know the "New" Paris Hilton 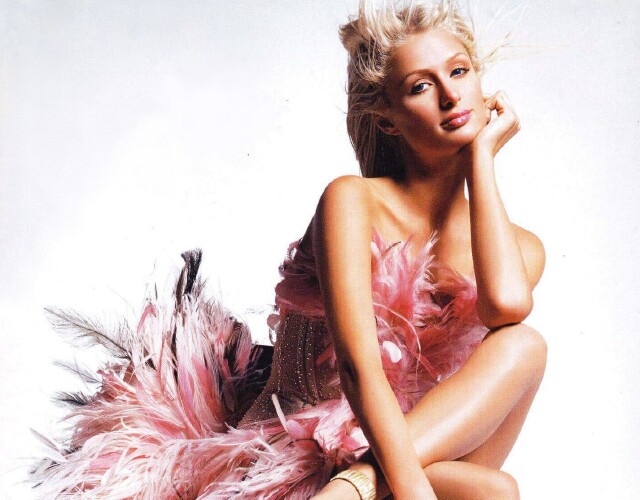 (Editor's note: This exclusive interview with Paris Hilton was first published here on January 23, 2020. Her new series, This Is Paris, premieres today.) No matter how you feel about her, you have to give Paris Hilton credit where due. In an industry filled with people who are lucky if they enjoy 15 minutes of fame, 17 years after the premiere of Fox’s The Simple Life  we’re still talking about the self-made business maven, who once cluelessly declared on the series that launched her career, “What is Walmart? Do they sell wall stuff?”

In her Simple Life heyday, Hilton, then 21, graced the cover of every celebrity oriented publication as an insatiable public devoured every moment of her professional and private life believing they knew her. That didn’t always work to her advantage, as every public humiliation or bad decision became fodder for tabloid and website gossip. Hilton, now 38, is finally setting the record straight about the self-created character of Paris Hilton in the YouTube Original This Is Paris, a revealing new documentary currently streaming.

“The Simple Life was the first of the reality shows,” she continued. “It was to be Green Acres meets Clueless, and [they] wanted me to play into the character of, ‘You don’t know what you're doing.’ Obviously I know what Walmart is, but little lines I would say like that were about entertainment.  I was always planning [how] to entertain the audience and that was the way the character was built. I didn’t realize what a huge success the show would be.  I’d continue shooting it for five seasons, and [would] have to continue doing this character over and over again.”

The Paris Hilton of 2020, a surprisingly strong, independent woman, is vastly different from the Hilton I met in 2003 when we sat down at a lunch for a feature on The Simple Life. I recall being struck by how charming and polite she was, even a little shy. She was naïve to the workings of Hollywood, unaware of things like an executive producer title, and she listened intently, absorbing any information on offer. An heiress she was, an airhead she was not.

“Entering this business I had no idea,” she recalled.  “I remember being in my mom’s boudoir admiring her perfumes and thinking, ‘One day I’ll have my own perfume.’ Now I’m releasing my 25th scent, which is crazy!  To build this empire … I mean, as a little girl I always had dreams, but I had no idea it would ever be at this level. I feel proud to have created an empire, and to [now] be considered an innovator and ahead of [my] time, and to have paved the way as a pioneer in creating a whole new genre of celebrity. I really do feel like the OG.”

I pressed Hilton on the pressures of having a dual persona and what that can do to a person. “It was hard to talk [in a high-pitched voice] all the time,” she revealed. “It was like having two personalities. It was a lot having to always be ‘on.’ But, it was what I had to do. I’ve always been very shy, and in a way having that persona helped. It was like I was acting. My friends would say, ‘Your voice is so low and sexy, why don’t you talk normally?’ I’d have to explain it was for my brand, [always saying] ‘that’s hot!’ It was exhausting, but now I have the opportunity to finally be myself and it feels like a weight lifted off my shoulders.”

This Is Paris  isn’t Hilton’s first documentary. Paris, Not France in 2008 took a look at the machine that was Paris Hilton at that time. She assures me this new one is nothing like the other. “[That] focused on the character,” she admitted. “It wasn’t supposed to be a documentary, rather a behind-the-scenes look at making my album. But Adria Petty, the director, said she was so intrigued she needed to do a movie with it. Then it started getting accepted to film festivals. There were things I didn’t want in that movie and had edited out, as they followed me for a year. I feel that was a side of me, but I’ve grown. I don’t even recognize myself from back then. I finally feel like an adult, sort of.

“[Doing this film] I dealt with things I’ve never spoken about with anyone, including friends or family,” she added. “Painful things I tried to block from my memory. People will be surprised at what I had to endure. When I look back, I can’t believe that was my real life. But it all made me stronger and more driven for success, along with wanting to be independent. (Hilton was reluctant to offer specifics, preferring to let the film tell the story.) If I hadn’t gone through these horrifying experiences I don’t think I’d be the woman I am today. I feel I can go through anything now and be fine.”

With the films release, Hilton is hopeful it will help rebrand her brand from the inside out. She’s busy running her empire (of which the perfume brand alone has amassed sales to date of $3 billion); continues to be a hugely successful international DJ; has plans to expand her real estate brand to include worldwide boutique hotels, and plans to further delve into another passion -- the tech world. (She’s already an investor in Roxie, the ultimate party app, and The Glam App, the uber of beauty services.)

“I’m proud that I went through so much and came out of it so strong and brave,” she shared in closing. “I’m proud of everything I’ve been fortunate to do, but I’m most proud of the woman I am today. I’ve never been happier or in a better place in life. I’m so excited for this film.”