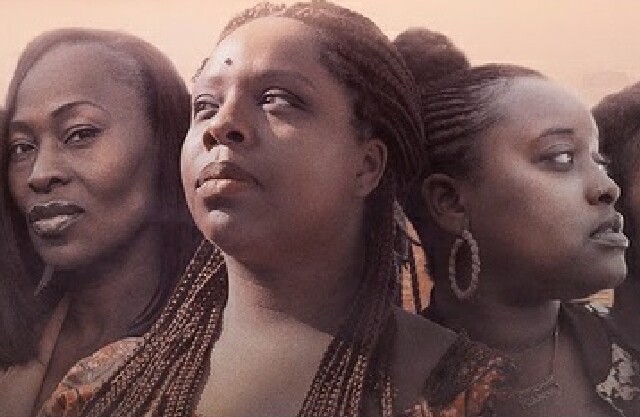 "Challenging social concepts and re-framing our nation's intercultural dialogue -- one medium at a time." That's the tagline on American artist, author, educator, strategist and organizer Patrisse Cullors' website. She's got a lot on her plate these days, especially as one of the co-founders of the Black Lives Matter movement. Her other organization, JusticeLA, is a collection of similar groups working closely towards various forms of social justice, and includes but isn't limited to, Community Coalition, the Translatin@ Coalition, Dignity and Power Now (DPN), the Youth Justice Alliance and many others. Their journey together has been a long one, but its recent happenings have been chronicled in a new YouTube Originals documentary series, simply titled, Resist.

With 12 episodes coming in at an average of 10 minutes a pop, this YouTube Original documents the grassroots efforts of these multicultural (mostly California-based) entities to prevent a $3.5 billion plan that L.A. County has to expand the jail system in that area. The issues that these individual organizations fight are, in one way or another, related to prison expansion, law enforcement and over-policing, and are reflected in each episode.

Resist is produced by Blackpills and Pulse Films and follows five main subjects going as far back as late 2017. The subjects are the previously mentioned Patrice Cullors, Helen Jones-Phillips of Dignity and Power Now and BLMLA, Jayda Raspberry of Dignity and Power Now, Bamby Salcedo of the TransLatin@ Coalition, and Jonathan Perez of the Immigrant Youth Coalition. As the season progresses, each of these leaders is spotlighted, and their individual organizations' endeavors are explored.

When the series starts, we're watching the beginning of JusticeLA's campaign against the Los Angeles County Jail System. Cullors is at the helm of a protest that consists of blocking the street in front of the Los Angeles County Hall of Administration with 100 steel-frame jail beds. Their message is simple -- "I am not the property of L.A. County jail" – and their concerns are valid. See, a healthy chunk of that $3.5 billion (something like $2 billion) would be used to build a men's facility with almost 4,000 empty beds, and a women's facility with 1,600 empty beds, all of which would need filling. And who do you think up would end in those beds? Why, the people of L.A. County, of course.

As the very-well-put-together documentary shows, each of these impactful leaders (Cullors, Jones-Phillips, Raspberry, Salcedo and Perez) have their own motivations for taking part in the struggle to make life better for themselves and their peers, and most of them have to do with their own experiences, and/or the experiences of their families.

Ten sheriff deputies at L.A.'s Men's Central Jail murdered Jones-Phillips' son, John Horton, and after beating him to death, they tried to cover it up by staging his suicide. Now Jones-Phillips fights for the prosecution of killer cops. Raspberry, once convicted on two counts of armed robbery, not only works as an organizer for DPN now, but also has a web series called Grassroots with Jayda which follows her goal of using "mass media to end mass incarceration."

Even Karen Shirley, a member of BLMLA whose job it was to drive one of the trucks carrying the jail beds, found motivation in the death of her sister at the hands of the Torrance P.D. just a year prior.

Quality-wise, Resist is first-rate. The editing, pace, camera work and thematic ties are uniformly excellent. This is good, because any lack in those areas would take away from the actual point of all this: telling the truth.

The truth is that in real life there are actual people actually out there fighting against the huge injustices that happen silently every single day. These are heroes, facing seemingly insurmountable odds for us, and our children, so that we as a people may one day live our lives free from the confines of oppression. I don't think that people think of the flesh and blood humans that comprise these organizations when we think of them at all, but this series paints all the moving parts of the overall JusticeLA campaign as real-life people. These aren't just folks who don't want anyone else's child, or sibling, or whatever, to suffer the same harm and indignity that's been suffered by the victims of these disenfranchising systems. No, they're fighting for what they truly believe in. Seeing them plan these activism events, and then potentially put themselves in harm's way by executing them, just hits different.

It all works, because these people know what's at stake. We are either fighting for our lives, or we're not, but only the fight gives us a chance at a positive outcome. The name of the game, besides humanization and empathy, is the spread of information, which is probably, at least in part, what lead to the $100 million #YouTubeBlackVoicesFund, which is dedicated to producing a number of projects meant to tell the dynamic stories of Black artists and creators. As viewers, we can take part in this endeavor by watching and spreading this material, just as we do our favorite TikToks and memes.

To quote the JusticeLA teams meeting-ending mantra, I leave you with this:

"It is our duty to fight for our freedom.

It is our duty to win.

We have nothing to lose but our chains."