YouTube Originals' “State of Pride” Prompts the Question:  What Does Pride Mean to You? 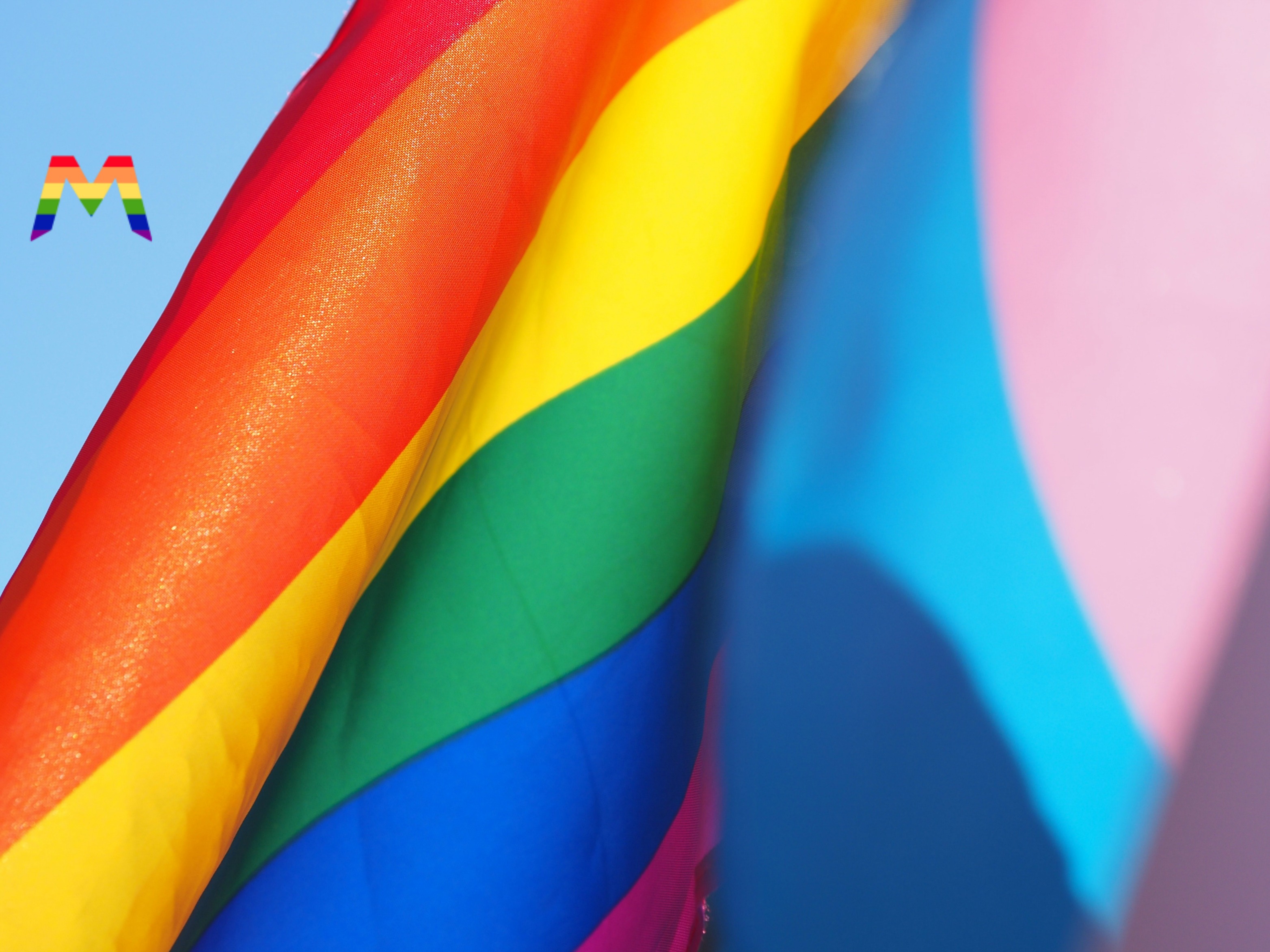 YouTube Originals is celebrating Pride Month with the debut of State of Pride, a coast-to-coast exploration of LGBTQ+ Pride events. Directed by Oscar-winning filmmakers Rob Epstein and Jeffrey Friedman and hosted by journalist Raymond Braun, the feature-length documentary gives audiences an intimate look at the LGBTQ+ experience through a diverse range of perspectives and personalities. They include Jaye, a young gay woman attending her first Pride in Tuscaloosa, Alabama; Jackie, a teenaged transwoman attending Trans Pride in San Francisco; Subhi, a gay Syrian man attending LGBTQ+ Pride, also in San Francisco, and Carson, a gay Mormon man in Salt Lake City with a powerful story about recovering from a spinal injury.

Most people associate Pride with lavish, colorful parades featuring floats, celebrities and much media coverage. As illustrated in State of Pride, though, not all Pride celebrations and parades are the same. New York City Pride is heavily sponsored by major companies like Macy's, Apple and other juggernauts with commercial floats dominating the streets; San Francisco's Pride, on the other hand, is driven by its diversity, particularly the drag and trans communities (as seen toward the end of the documentary with legendary drag icon Heklina). Tuscaloosa's Pride is rather small, with only a few hundred people celebrating in more intimate settings, not at all like the massive New Year's Eve-like outdoor bashes in bigger cities.

Many of them are met with protests.  Not surprisingly, Salt Lake City's Pride met with the most opposition due to the vast Mormon community there.  Braun notes that at every Pride event he attended there were always protest groups, but Salt Lake City's stood out as most prevalent.  State of Pride is bookended with footage from Washington D.C.'s Pride, featuring a performance from 2018 D.C. Pride headliner Troye Sivan, a young South African artist who has helped change the public perception of the LGBTQ+ community.

Above all, State of Pride asks and answers the question: What does Pride mean to you? I was so moved that, to celebrate Pride and this important documentary, I decided to put that very question to several LGBTQ+ people, ranging from notable artists to influencers to “ordinary” Millennials and Gen Zers.

“Pride is a place where I always feel everyone is welcome and that’s the most important thing,” shared actress and writer Rachel Paulson. “It means acceptance, which we all need a little of right now. I only [learned] what Pride was when I moved to L.A. I started going and it really helped me with feeling at home and like ‘my people’ were all around me. It’s such a celebration of life!”

“Pride is about being honest, with myself and the world, about who I am as a queer person,” said Lukas Thimm, host of AOL’s daily morning talk show Build Brunch. “I’m so grateful to be part of a community that celebrates originality, advocates for progress and promotes absolute authenticity.”

“Having grown up in a tiny town in North Carolina, I never had the opportunity to attend Pride,” recalled Matt Benfield, a digital content creator and influencer. “At my first Pride in Berlin two years ago, I remember being so shocked that people were being so authentically themselves out in broad daylight! For me and for so many members of the LGBTQ+ community around the world -- out of the closet or not -- Pride is a safe space to let out that light that’s been waiting to shine.”

For many of us, particularly those in or near big cities like New York, San Francisco, Los Angeles and Washington, D.C., Pride takes on a different life, meaning and impact than it may in more rural states in the deep South and Midwest. It’s a massive celebration where people can unapologetically be themselves.  In more conservative places where there may be more aggressive and hateful behavior toward the LGBTQ+ community, Pride is just as much a protest as it is a party, where members of the march demand to be seen, heard and accepted rather than just “tolerated.”

Braun and company traveled to Tuscaloosa, Alabama, where its first-ever Pride march took place as recently as 2014 and had less than fifty people in attendance. That’s where they met Jaye, who shared with Braun that she often dealt with hateful remarks and behavior from people while working at a local coffee shop. “One day, I was working and this guy said, ‘I’m not gonna be served by this him-she, whoever she is, or whatever itis,’” she recalls in the film.  I think they’re intimidated or scared because I can be myself and I don’t care what they think.” She then explains that, in general, the people of Tuscaloosa don’t accept the LGBTQ+ community.  “But I’m glad that Tuscaloosa is trying to change that and actually have Pride here,” she says.

While there are tear-jerking moments in State of Pride seemingly every five minutes, one of the most impactful and memorable moments is when Braun speaks with Subhi, who shares the story of his first Pride in Istanbul. “There were a few hundred thousand people, a lot of police, a lot of haters as well,” he recalls.  “People cracking bottles and shouting. The government was not protecting us. It didn’t feel like [it was] something legal or something that you could feel happy participating in because you might end up in prison.

“I learned from an early age that it’s not okay to be different,” he adds. “They would call me ‘shadh’ in Arabic, which means ‘irregular’ or ‘abnormal.’ I couldn’t seek help. My father was very aggressive. He almost killed me a few times.”

An especially heartbreaking aspect of Subhi’s story is how much trouble he had, and still has, adjusting to other LGBTQ+ people around him in the U.S. “It’s a lot, a lot of new things, a lot of new habits, new traditions, language, terminology,” he says. He explains that he’d get asked if he knew the artists performing at Pride, the latest music, etc., and when he’d say he had no idea, he’d get some replies like, “You’re not gay enough,” to which he’d reply, “Well, I was almost killed for being gay, but thank you.”

In the YouTube doc, a group of trans women in Birmingham, Alabama, share that trans people are often the most ridiculed and excluded by members of the LGBTQ+ community. “We created [Pride] 49 years ago when the Stonewall riot happened and started the liberation of the community as transwomen of color and queer people of color, but we don’t get our just due,” shares Daroneshia, one of the women leading the group.  “Most of the time you see white, gay men jumping around going, ‘Whoo, Pride!’ and it’s like we’re erased from existence.  It’s very critical that we get the attention that we need because we are the most vulnerable in the community.”

When Braun was in San Francisco, that very same conversation was brought up -- how certain segments of the LGBTQ+ community have, in a way, overshadowed others. “In the deep South there is a Black Pride, and then a separate Trans Pride,” he says. “Don’t we want Pride, the one event, to feel inclusive of everyone?”

“Trans Pride feels more like a protest than a celebration,” says Our Lady J, a transwoman and one of the few trans writers and producers in the TV industry, known for her work on Amazon’s Transparent and FX’s Pose. “I think it’s because we still have so far to go. The darker side to that is that cis-white gay men have centered themselves in Pride events and it creates a bit of hostility, so we feel like we need to have our own Pride.”

Carson Tueller, a twenty-something gay man from Salt Lake City, had one of the most complex stories to share in State of Pride, from dealing with his conservative Mormon family to a freak accident that caused a spinal injury and forced him to use a wheelchair while he slowly but surely recovered. He is the president of Affirmation, an LGBTQ+ resource organization for Mormons and ex-Mormons, a group which makes up half of the population of Salt Lake City.

“It was a very gradual decision to leave the church,” he recalls. “I eventually just believed that the church was flat out wrong about LGBTQ+ issues. So, I called up my bishop and I told him, ‘I’m leaving. It’s time.’ Sometimes my spinal cord injury is a blessing. It gives me a constant reminder that as human beings one of the most beautiful things that connects us is actually our suffering.”

State of Pride is a beautiful celebration of Pride and LGBTQ+ people and an incredibly informative and eye-opening piece on the history of both, shedding light on some of the stigmas inflicted on often-ignored segments of the LGBTQ+ community and the vast differences the celebration takes on across the country. Whether you are inside or outside the LGBTQ+ community, ask yourself: What does Pride mean to you?