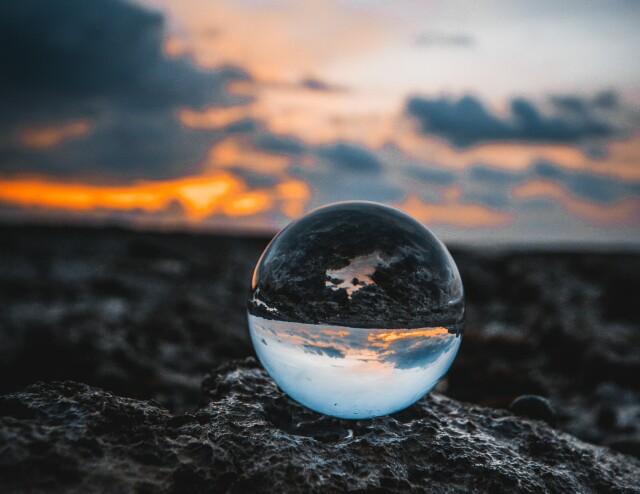 The massive climate change conference COP26 kicked off in Glasgow last weekend and will run through November 12. Politicians, scientists, activists and young leaders have gathered to discuss some of the toughest environmental challenges we are facing today. Accordingly, YouTube Originals has released a series of programs designed to educate, inspire and motivate audiences to create a safer, healthier and more sustainable planet. These shows are available globally for free and can be viewed here.

The special programming includes a conversation between Google CEO Sundar Pichai and the one-and-only Kermit the Frog about their participation in a special YouTube event titled Dear Earth, which is described by the platform as "an epic global celebration of our planet and what we need to do to slow climate change." (More on that below.) Also, Pichai has a message about the climate crisis for viewers everywhere. 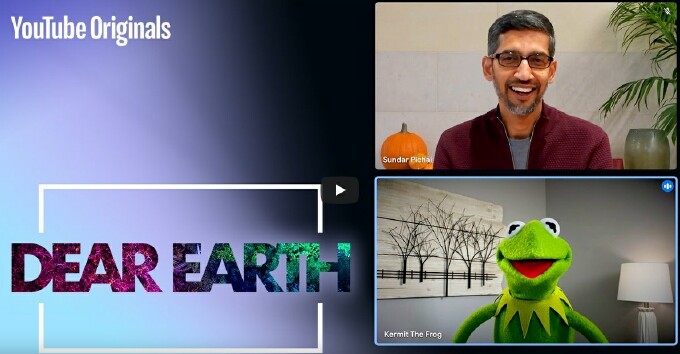 The following are highlights of YouTube's programming about climate change that is available free to all.

Dear Earth -- A 100-minute special event that seeks to inspire viewers to join the sustainability movement. It features an opening address from Kermit the Frog, keynote addresses from leaders like President Barack Obama, a keynote address and performance by KPOP supergroup BLACKPINK, dramatic feats by pro cyclist Danny MacAskill and skier JT Holmes that bring to life the realities of climate change, as well as creators like Dream, ZHC and Odd1sOut sharing practical ways to get involved and make a difference, and much more.

SpongeBob SquarePants also joins Dear Earth to give a special performance ... because Bikini Bottom is as vulnerable to climate issues as anywhere else.

The Climate Games -- A two-episode special in which content creators and elite athletes undertake spectacular challenges designed to deliver a key climate message. Skier JT Holmes and creator Physics Girl team up to measure how quickly the ice is melting on the snowy mountains of British Columbia, and pro cyclist Danny MacAskill is given free reign at a renewable energy factory where he attempts a series of tricks designed to demonstrate the percentage of the world's energy that currently comes from renewable sources.

Seat at the Table -- An 11-part series that follows documentarian and climate activist Jack Harries throughout a 100-day trip across the U.K. to uncover the often-overlooked voices of the young people whose lives are being most affected by the climate crisis, both in the U.K. and elsewhere around the world. The series features appearances from key voices on the subject including Sir David Attenborough, Jane Goodall and Simon Amstell, alongside YouTube creators Jamal Edwards and Rachel Ama.

Shut It Off ASAP – Throughout six episodes city boys Mitchell Moffit and Gregory Brown leave the comfort of their YouTube channel (AsapSCIENCE) and head to the countryside; specifically a remote farm in Canada where they try their hand at turning off access to their basic needs (food, water, power, etc.) in order to find sustainable alternatives. They use hard science to go green with everything from regenerative farming to a hot tub powered by garbage. FarmTubers, First Nations guides and experts will join them to help execute a vision of living completely off the grid and deliver takeaways that can be replicated back at home.

Brave Mission: Rewild the Planet -- From YouTube's Brave Wilderness, Leonardo DiCaprio's Appian Way and Madica Productions in partnership with Re:wild, this is an edge-of-your-seat global expedition led by Mark Vins of Brave Wilderness that features hands-on experiences with the planet's most breathtaking endangered species and the local guardians who sacrifice everything in the battle to save them and the ecosystems they call home. Vins heads to Virunga National Park in the Democratic Republic of the Congo and meets with women and men who put their lives on the line to protect the country's mountain gorillas.

Plastic Must Die: SiGNALS -- A live-action and animation mash-up, told through a series of chapters, SiGNALS explores our relationship with plastic -- from the origins and lifecycle of a plastic bottle to the myths of recycling. Produced by artists and activists from around the world (Japan, Hawaii and the United States, South Africa, Indonesia, Netherlands, Germany, and more), each chapter also takes on a different format, from stop-motion animation to photorealistic CG to live-action comedy. YouTube star Bretman Rock gives voice to a plastic bottle.