YouTube's "Black Renaissance": The Revolution Will Not Be Televised; It's Streaming! 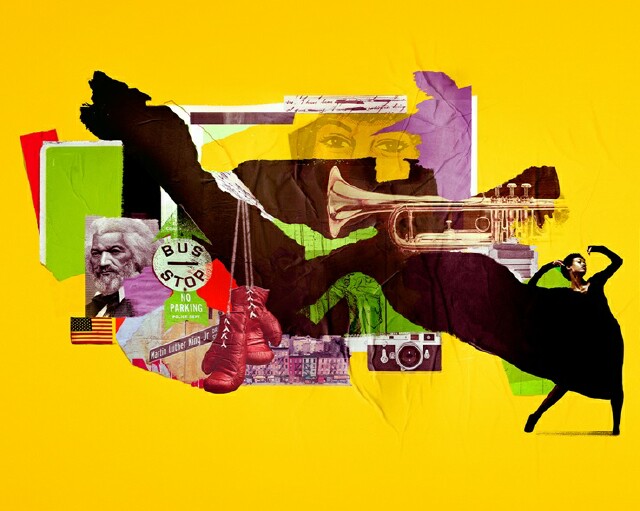 Black History Month may be behind us, but the messaging continues to build. Not surprisingly, it seemed to me that networks and streaming services were more acutely aware and appropriately activated to the message behind the month than usual, and are continuing to go out of their way to make sure we all know how much their companies support and appreciate Black culture. As one of many examples, YouTube Originals, in partnership with Google Arts and Culture, created Black Renaissance, a special that focuses heavily on Black art and culture by showcasing the historic and impactful achievements of Black creators, artists, storytellers and writers. Expertly hosted by poet, New York Times bestselling author and NAACP Image Award winner Jason Reynolds, Black Renaissanceis a journey of acknowledgment, understanding and admiration, and, to its credit, it gave me strong PBS vibes when I watched.

There is big spoken-word poetry energy to the almost 90-minute program. It opens with a brief message about the ownership and intent of this work, immediately followed by the first of many celebrity appearances -- none other than Grammy Award-winning singer/songwriter H.E.R. doing a piece called "What is Black Culture?" She calls it "a ubiquitous force, a special spice sprinkled in every stew pot in the world."

After a quick intro sequence, Reynolds picks up where H.E.R. leaves off with, "Blackness is as wide as it is tall, and it’s impossible to hold or know in its entirety which, to me, is what makes it so special." This is followed by a short montage of smiling Black folks dancing to the song "Express Yourself." This was perhaps the only part of the special I kind of didn’t care for, mostly because I feel like too much singing and dancing has the potential to take away from the fact that Black culture is more than those things — a point that both H.E.R. andReynolds literally just made during their opening pieces. Still, it’s a light-hearted and positive little clip, so it gets a pass.

What follows that is a combination of historical timelines that jump around from one impactful black moment to another interspersed between segments that focus on specific people or concepts, like Alvin Ailey, "the power of the written word," or Black LGBTQ pioneers.

Shantell Martin's sequence was one of my favorites. She's a British visual artist who's made a name for herself in the art world via her large scale, black-and-white line drawings — many of which she creates in front of an audience. In Black Renaissance we see her create one such piece as she discusses her personal relationship with art and her experience as a queer person of color.

The part that really got to me was when she described how the public's view of her seems to change whenever she hits U.S. soil. "When I'm in the U.K., I’m biracial. I’m mixed race," she says. "And then I come to America and I’m Black. But then you live in America long enough and you realize that it has to be black and white here because that Black struggle is so real. It’s so big, it’s so long, that I have to pick up some of that weight." As someone who’s also mixed race, I personally have found myself in situations where that sort of "lumping together" of all of us has happened, and I hated it because I’m a human being, and sometimes I want to be recognized as such before my skin color comes into play. But, as depicted on shows like Hulu's Woke,the universe doesn’t give a shit about what you care to be involved in. The implication in both the cases is that, once accepted, that situation can feel a lot less like a burden, and more like your share of the weight.

That’s what being Black in America is: a weight we all must carry, together.

Black Renaissance is more focused on the arts then I expected (I think I was looking for something along the History Channel/Netflix/Hulu documentaries line), but still, its educational value is top notch. Jason Reynolds does a fine job hosting; in fact, he would give the Reading Rainbow-era Levar Burton a run for his money. Calling the list of contributors here "impressive" would be an understatement (that list includes Barack and Michelle Obama, among many other esteemed individuals), but the really impressive part to me is the bookending ownership and intent statements.

Before the end of it all there’s a beautiful spoken word performance titled "Afrofuturism" in which Michelle Obama speaks, followed by a poem from Tobe Nwigwe in which he tells you everything that the Revolution won’t be (i.e. – televised). After that (and at the very beginning, as well) a message appears:

"The Black Renaissance belongs to and is created by US. Black storytellers joined together to make this content, and to give tribute to the Black diaspora of identity, creativity and art."

That's a powerful statement, for many reasons, but mainly because the need to establish and reiterate ownership of our culture is paramount. My very Blackness depends on it.

I used to think of things like this as a great way to educate others, because ignorance and misinformation play a huge part in the creation and growth of racism and bigotry, but that's not the point of this one. Historically, we’ve had our talents monetized, our histories destroyed, and our culture appropriated, and misinformation/information withheld about us has played a huge part in that. The above statement, however, really gave me the impression that this was meant to be more about Black people celebrating and educating each other than anything else, which really makes my heart swell.