2018 Women to Watch are Groundbreaking Visionaries 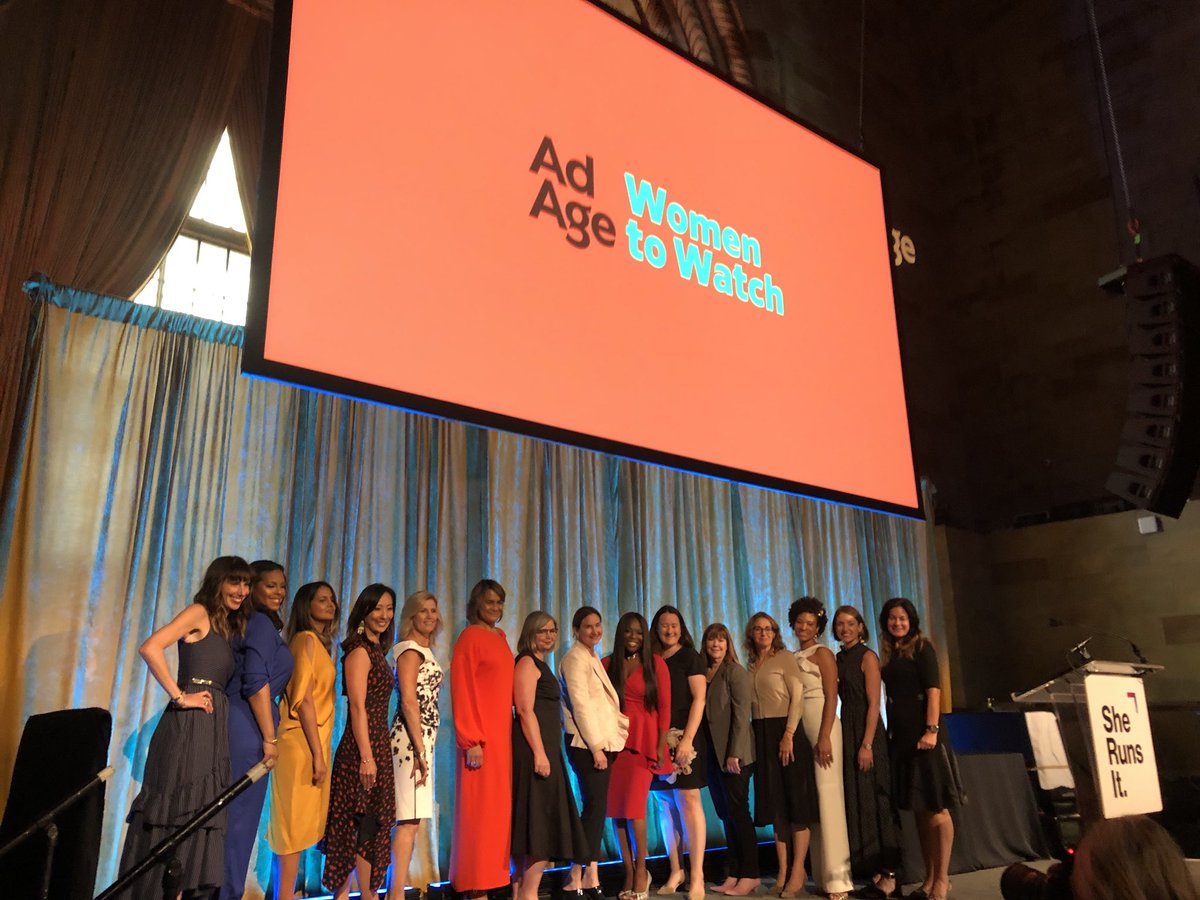 Earlier this month Ad Age and She Runs It honored theWomen to Watch class of 2018 -- proven thought leaders and catalysts in the transformation of media, marketing and advertising. These visionaries have honed their voices to embrace leadership that shapes culture, empowers storytelling, encourages risk taking and ensures team building. They are role models, uniquely influential in their abilities to concurrently drive business results and social progress.

With Indra Nooyi stepping down as Chief Executive Officer at PepsiCo, there will only be twenty-four female CEOs among the S&P 500 companies, representing less than 5%.  According to Catalyst, there are also fewer women of color.  This news punctuates the importance of recognizing and committing to this year’s Women to Watch.

In step with the groundswell of support to advance diversity and inclusion, it is fitting that this year’s theme is to unite for change within the industry.  While systemic change is slow, these women are working to improve gender parity and increase people of color in the workplace against a backdrop illuminated by the scarcity of women (especially women of color) in the corner office and in the pipeline.

Many of the recipients brought family members and teammates to the event to celebrate with those who matter the most.  Almost all dedicated the award to their work and/or personal families.  Lessons shared and insights from some of the Women to Watch are cited and/or paraphrased below.  This is just a sampling of how the honorees emboldened a community, especially the next generation of leaders.

While the dearth of women in leadership positions is problematic, the reality is that we need inclusion -- not just of women but of everyone -- with a  focus on diversity of thought, age, race, country of origin, abilities, intersectionality and men.  Andrea Diquez, Chief Executive Officer, Saatchi & Saatchi New York, shared that, “I have faith in the men in advertising who support women.  We can move mountains together.”

Dara Treseder, Chief Marketing Officer, GE Business Innovations and Ventures, echoed the sentiment as she acknowledged her husband and said, “straight white men can be a force for good.”  Treseder thanked her Nigerian, American and GE families before dedicating the award to little girls of color and little immigrant girls, adding “I’m watching you and rooting for you.”

Being a Woman to Watch Is a Privilege and a Responsibility

Andrea Brimmer, Chief Marketing and Public Relations Officer, Ally Financial, acknowledged that movements can compel people to be braver and to speak louder.  In doing so, they shine the light on trails that have been blazed by women and people of color who have come before and chart the course for generations to come.  Her favorite saying is that the meaning of life is to find one's "gift" and the purpose of life is to give it away.  Brimmer has done both with gratitude and pride.

Dia Simms, President of Combs Enterprises, shared the Catalyst news mentioned above, noting that “the number of female CEOs in S&P 500 companies can fit at two tables even though women CEOs in S&P Top 100 companies outperform their male counterparts 3 to 1.”  Simms posited that having women in business is better for morale and consumers, and that it’s not a cute box to check.  “Discrimination is actually expensive, and our contributions are extraordinary,” she said.

Find Your Voice Early On

Joceyln Wong, Chief Marketing Officer, Lowe’s and others encouraged their daughters, teammates and mentees to find their voices early on and to not be afraid to fail.  Wong came to the United States with her family as an immigrant, dreaming of a better life.  She said she encourages her daughters to take risks like she did to drive change and make a difference.

Catherine Sullivan, President of U.S. Investment, Omnicom Media Group, said that she grew up watching Barbara Walters with her mother, and her father was a huge proponent for women.  “I never thought I couldn’t do things," she explained.  "We run it -- and that is my hope for my children.”

Earlier this year, MediaVillage published the article Female Leadership Is a Business Imperative,which was based on new research from Harris Poll, Berlin Cameron and The Female Quotient.  In it, more than half of those surveyed preferred to work for a female-led company, including 46% of men.  In addition, 71% of men and women agreed that having a woman in a leadership position made them believe that they could achieve a comparable role.  The findings are worth a second look as the industry contemplates the complexity of changing the leadership mix.