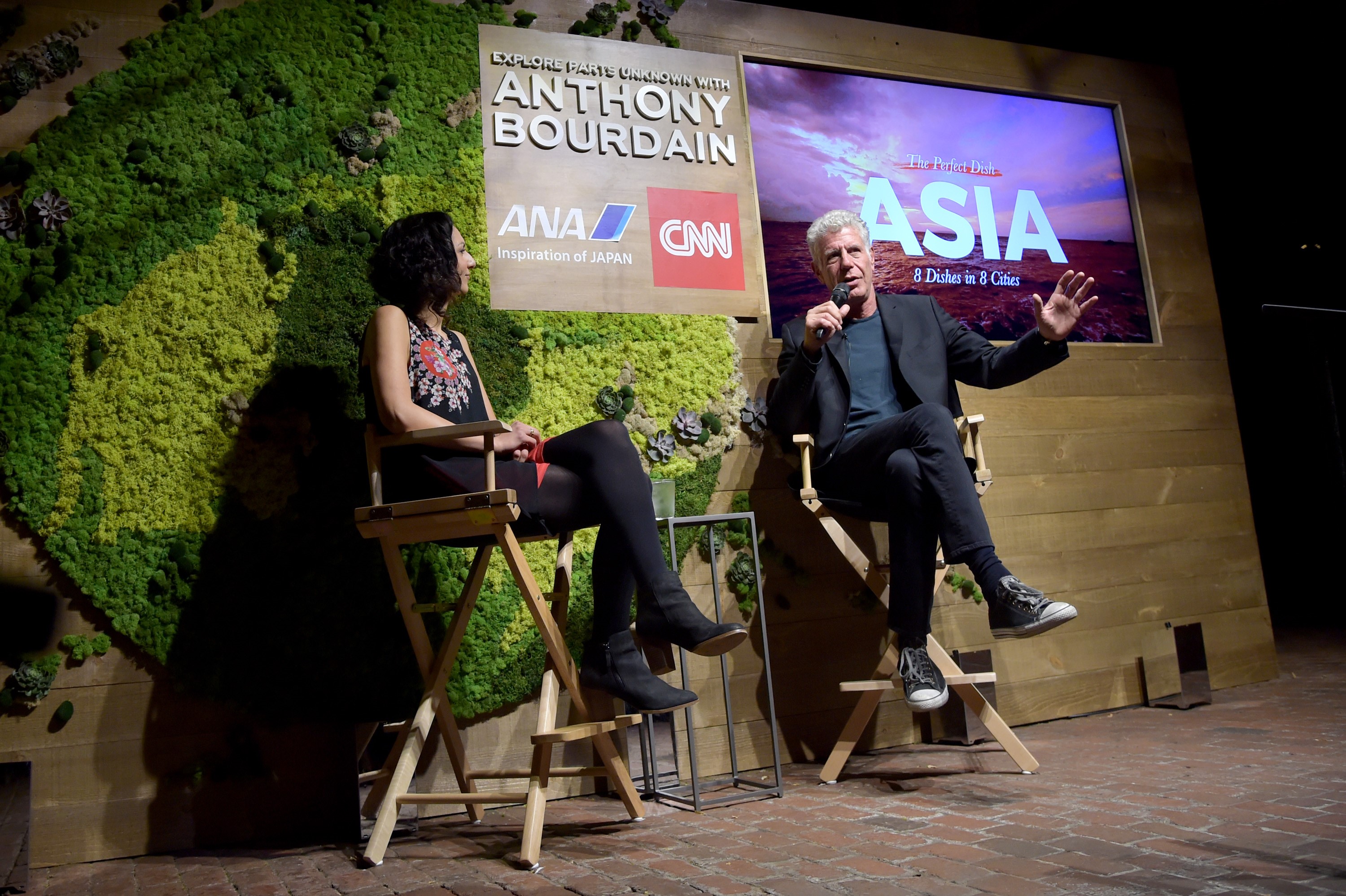 A good brand campaign has the same elements as a perfect dish: the best ingredients that only require a master chef to whip them together. The Perfect Dish: Asia, an eight-part digital video series launched by Explore Parts Unknown as a digital companion to Season 10 of CNN's Anthony Bourdain: Parts Unknown in partnership with All Nippon Airways (ANA), has resulted in a spectacular example of tapping into all platforms to reach key performance indicators.

Bourdain (pictured at top with Yasmin Khan, a correspondent on The Perfect Dish: Asia) maintains that anyone could spend a year exploring just a block in Tokyo.  Who knows better about finding the most sumptuous meals in the most unassuming of locales?  But for the digital series, Bourdain and correspondents reveal to viewers the most perfect dishes served up in Singapore, Jakarta, Hong Kong, Taipei, Hanoi, Yangon, Okinawa and Tokyo -- all cities available to travelers by Japan's largest airline, ANA.

"This is what it looks like when you get it right," says Joe Dugan, Turner's Senior Vice President, Portfolio Sales and Client Partnerships.  "The client's brand message is integrated within the content in an organic way.  It's great being able to work across full platforms, and the consumer is the big beneficiary."

"It's a true example of global collaboration between different parts of Turner, CNN and a client partner committed to innovation," adds Sunita Rajan, Senior Vice President, Advertising Sales, CNN International Commercial.  "This creative solution draws on multiple platforms to reach engaged audiences across CNN in a way that no other brand can." 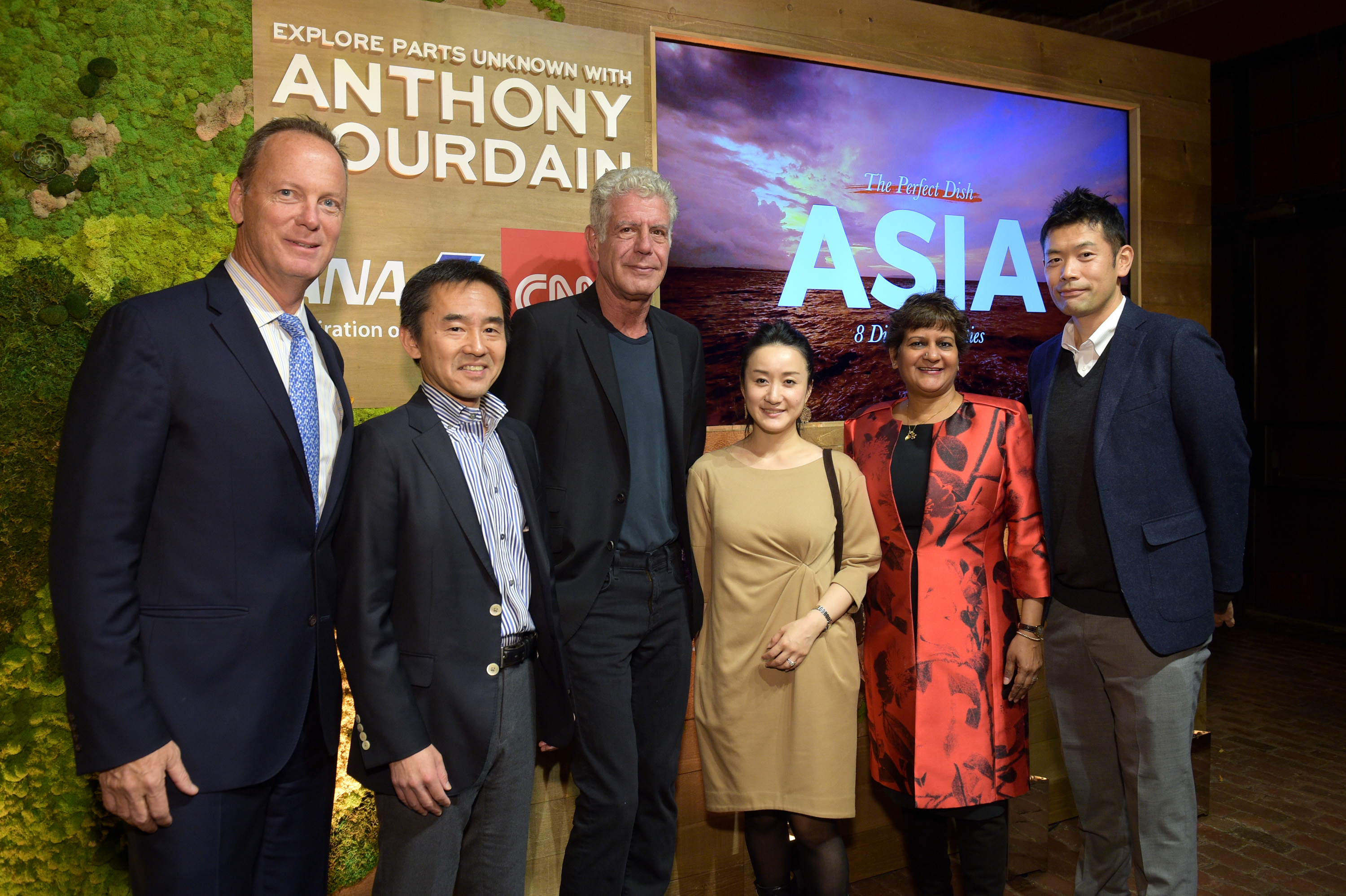 Bourdain and Yasmin Khan, one of the digital series' correspondents, were on hand discussing the nuanced foods of these countries -- though, as Khan describes the cuisine, "Tokyo is a bit like an acid trip."

Ideally, ANA wants more people to share Bourdain's experiences.  As large as ANA is -- last year it flew more than 52 million passengers -- it does not have the brand recognition it wants.  "For years, we have been serving this market, the Japanese ex-pat community," says Tadashi Matsushita, ANA's Vice President, Strategic Planning, the Americas.  "Brand awareness is very important, and I am personally very proud of what we can offer to our customers.  We should reach out and be creative and that is what CNN is helping us do."

Bourdain, at ease in all cultures and someone who understands how food encourages friendships, was a natural fit for this project.  Reflecting on the eight cities featured in the campaign, Bourdain says, "You get off the plane and inhale.  Certain places just smell awesome and turn out to be awesome."

That experience of being in Japan can begin the moment passengers step aboard, says Athanasios Sikolas, a business analyst with ANA.  "The service is meticulous," he says.  "We shifted our focus to properly communicate our experience specifically to Millennials, Boomers and business travelers who are interested in inspiring experiences."

As such, the airline has an impressive flight record of creative advertising campaigns with CNN, which has evolved from a global standpoint over the past two years across traditional and new platforms.  This partnership marks its sixth campaign with the network since 2015 including: