OTT & CTV: A Primer for the Evolution of TV 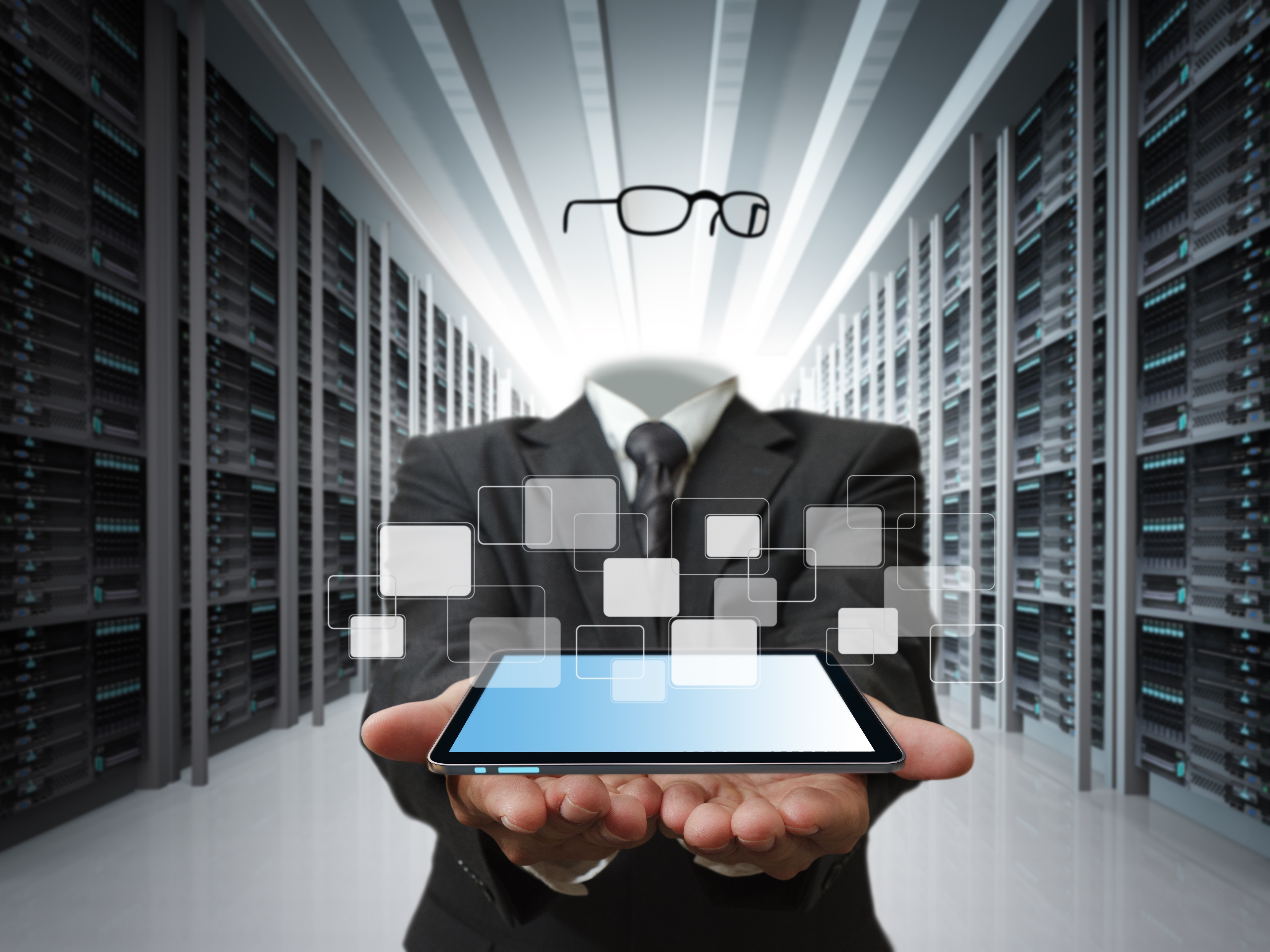 Seismic shifts in the media landscape have and continue to occur that foretell that growth of video ad inventory will primarily be focused on new emerging channels, such as streaming video and OTT/CTV. According to eMarketer in July 2021, over 55.1MM people will have cut the cord by 2022. For marketers that means it's no longer a small subset of people changing their habits, but a real trend. It's time to delve into the world of Over-the-Top (OTT) and Connected TV (CTV). That world can be a confusing place, so let's try to break it down.

In general, OTT refers to the content that various creators and providers are delivering to consumers through apps (and which may also be accessed through the web). This content can either be Subscription Video-On-Demand (SVOD) like Disney+, HBO Max, Netflix, Amazon Prime Video, discovery+, Apple TV+, ESPN+ and Hulu.  There are dozens of second and third tier SVOD services available, including religious, ethnic and international services. OTT can also be AVOD like Peacock, Crackle, IMDb TV, Tubi, The Roku Channel and many more niche options. So, here's where it gets a bit complicated. Many of the SVODs, like Hulu and HBO Max, offer ad-supported options that give consumers a discount on the subscription for limited ad loads. On the flip side, many AVOD options, like Peacock, offer an ads-free tier.

In addition to On-Demand inventory, there are many options to view live-linear programming on Connected TVs. For a subscription fee anywhere between $25/mo. to $80/mo. you can subscribe to YouTube TV, Hulu + Live TV, Sling TV, FuboTV or Philo TV. These services vary in their channel line-up and cost, but you will generally have access to your local broadcast networks and top tier cable channels. Some of the offerings offer premium tiers. There are also the FASTs such as Vizio's WatchFree+, Samsung's Smart TV+, Pluto TV, Xumo or Plex that will offer you a selection of second or third tier cable networks (with the occasional top tier cable network) and IP based programmed networks, such as CBSN, ABC NewsNow, VEVO POP at no charge; all ad supported. The television manufacturers use this as a feature to convince consumers to purchase their set and may participate in rev-share on ads sold on these platforms, or the manufacturers may even sell the inventory directly.

Finally, Connected TV (CTV) generally refers to the device on which the OTT content is delivered. However, many of these device manufacturers, such as Roku, Amazon Fire TV, Samsung, LG and Vizio, do have the ability to sell ad inventory on many of the apps on their platform. They have their own endemic inventory within the guides and interface for the channels, as well on some proprietary content channels, such as The Roku Channel, that are owned & operated by the manufacturer.

The Tipping Point and the Metrics

In 2020, several factors caused consumers to reevaluate their television usage. Work from home and the lack of a commute for some, an unfortunate loss of a job for others, all led to a greater amount of 'opportunity to see' content. Yet, hampered by massive disruption to production caused by COVID-19, there was little, if any, new original content to view across traditional linear networks. Even when sports were able to return, the irregularity of games, along with a lack of fans in the physical stadiums, had a negative impact on ratings.

By happenstance, all of this occurred in a year that would have been revolutionary for television by any standard, even without a global pandemic, due to the launch of major OTT streaming services. While Hulu, Netflix and Amazon Prime have been around for over a decade, and Disney+ launched in November 2019, 2020/2021, brought a tremendous wave of new, well-funded and well equipped-with-content players. HBO Max, Peacock, discovery+, and Paramount+ realigned viewing habits and provided a wealth of nostalgic and original content during a time where Hollywood was struggling to produce new content. How would we ever have gotten along during those core lockdown months without Tiger King or The Queen's Gambit? How many of us felt that brush of normality when the MCU finally returned with WandaVision? According to Deloitte, 67% of consumers have a pay TV subscription and 82% subscribe to a paid video streaming service. On average, consumers pay for four video streaming services monthly.

As people spent more time at home and more time online, we experienced the unprecedented shift to e-commerce across every demographic, including older laggard demographics that had in the past resisted adoption of online shopping. This in turn increased budgets for direct to consumer (DTC) products and attracted more advertising to streaming venues.

The State of the OTT/CTV Marketplace

All these changes, along with the presumption of a return to normality, which as of this writing is in jeopardy due to the Delta variant, led to one of the most inflationary Upfronts in recent history. Falling ratings of live linear means less supply. A good portion of the OTT & CTV universe is non-ad supported viewing or low-ad load, so despite the growth of OTT/CTV channels, the inventory levels are not making up for the lost levels on linear.

Adding to the above, many believe that the return to normal will adversely affect time spent with OTT viewing. During Roku’s latest Q2 2021 quarterly earnings call, they reported a slight drop in total hours viewed (17.4 billion hours; down around 1 billion hours from Q1 2021), which they attributed to people getting back out to restaurants and travelling. Of course, the possibility is that it was also due to increased competition, which should make itself clear within the next two quarters.

is a limit to the number of streaming video subscriptions a customer will buy. As customers can easily cancel their OTT services, there is a new focus on churn, which is largely influenced by price, content, and experience. As current pricing models to OTT services do not provide a large enough incentive for a consumer to sign an annual commitment or provide a negative impact for leaving, there is now a new phenomenon of consumers signing up for a month, binging the content that appeals to them, and then cancelling and moving on to the next service. This merry-go-round of OTT services could prove to be a real challenge to profitability; especially considering the major content investments each player is making.

“Specialty SVOD (Subscription Video on Demand) services, which focus on one particular audience or content category, have grown significantly faster than the premium players in the past two years,” according to Jonathan Carson, co-founder and chair of Antenna Analytics. Antenna looked at growth for 17 of the SVOD services that it tracks and found that Sundance Now had the highest rate of year over year growth at 83%, followed by Paramount+ (81%), Epix (74%), HBO Max (72%) and BET+ (71%). 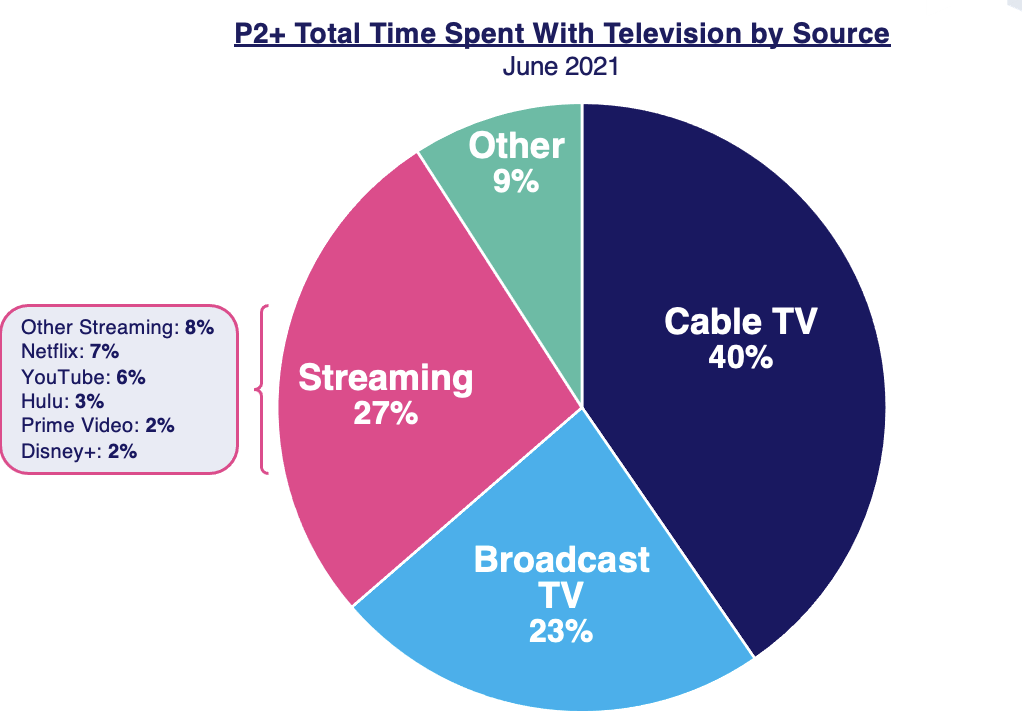 Targetability, high quality content and brand safety are cited by the IAB as key benefits of OTT and CTV. However, measurement challenges exist as there isn’t complete parity between OTT and linear TV. There is a general consensus in the ad community that measurement standards and best practices are lacking.

It’s unlikely we’ll see a period of change for TV as dramatic as we have had over the past two years. The major streaming players have launched. Only CNN+ seems to be on the horizon. What will be interesting now is to watch the chess board, as players will either thrive, whither, or bundle in what may end up looking remarkably like a streaming version of the cable package.

The Upfront proved that current demand far outweighs the supply across linear and digital platforms. OTT and CTV options will help to stem some of the ad impression attrition, but marketers who understand the nuances of OTT and the growing long-tail of content will find it easier to meet their video goals.

Wendy is an award-winning performance media marketer who has mastered the balance between brand building, demand generation and long-term equity. As a hands-on leader with a deep understanding of data analytics and omnichannel performance, Wendy has been rec…