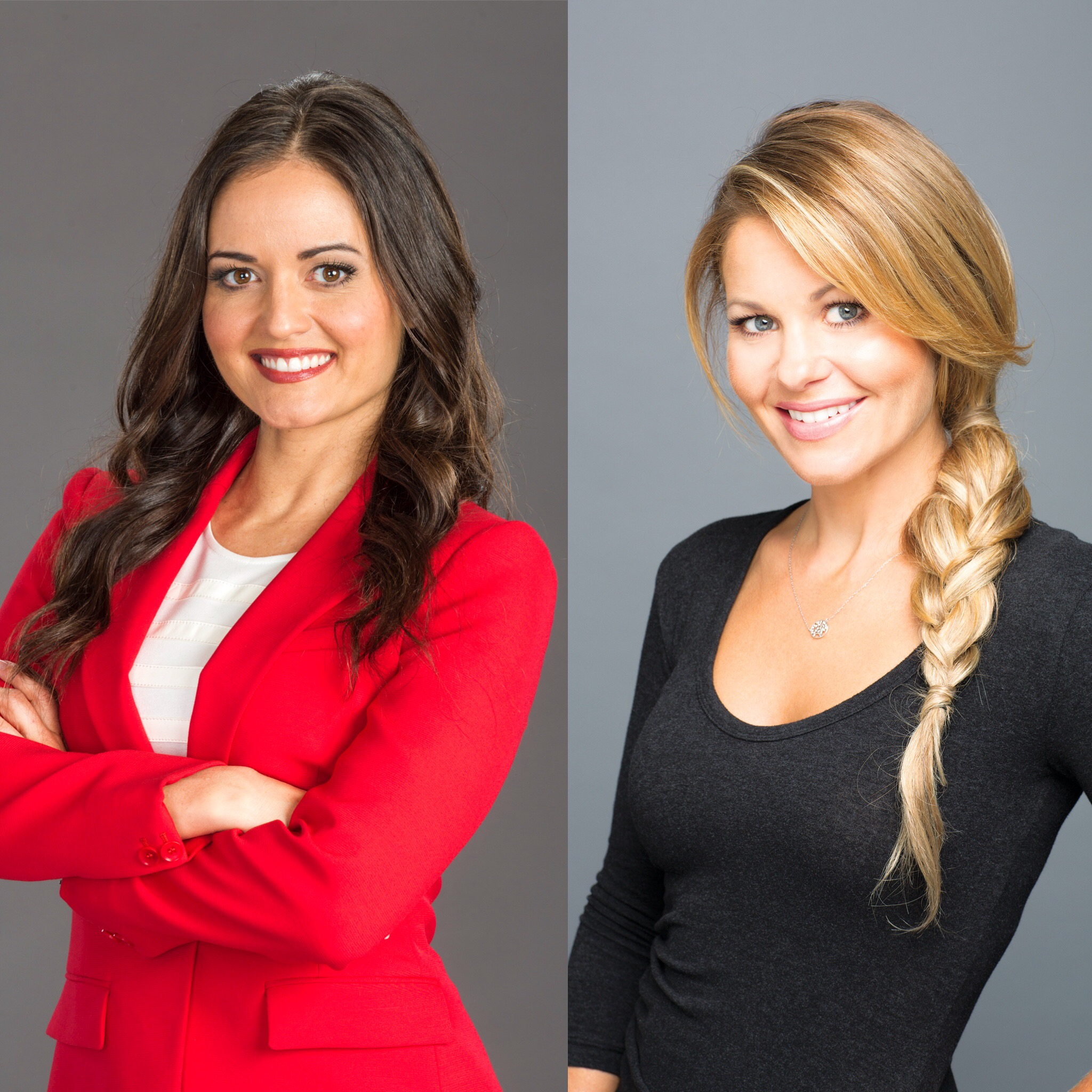 In today's competitive entertainment industry, what does it take to create popular, family-friendly content?  In Episode 14 of our Insider InSites podcast, E.B. Moss spoke to two top Crown Media stars:  Danica McKellar (pictured top left), best known for her role as Winnie on The Wonder Years, and Candace Cameron Bure (top right), well-known for her role as D.J. Tanner on Full House and currentlyFuller Houseon Netflix.  Having missed out on appearing at the Crown Media Upfront at New York City's Rainbow Room due to a "snow-out" on the first day of spring, the two discussed by phone why the Hallmark brands resonate with each of them, how they consume media and how they're lending their star power -- and brain power -- to causes and organizations.  The transcript below has been edited for clarity and length.  Listen to the entire conversation with McKellar and Cameron Bure here, through our player below, or consider subscribing to all of our Inside InSites episodes via Stitcher or Apple podcasts.  You can also now find us on Google Play and PodSearch, too!

Moss:  Danica, thanks for doing the Insider Insights podcast with us.

McKellar:  I told Hallmark "anything you need, anything I can do!"  There is nothing else like their people ... and their programming.  It's wholesome entertainment that just makes you feel good.  I know because I get all the e-mails and messages: people just love celebrating the seasons because Hallmark Channel does it so well.   [Like my] most recent movie Very, Very Valentine with Cameron Mathison:  With all the reds and pinks and roses there was not a frame of that movie when you didn't know it was Valentine's Day.

Moss:  You've done seven Hallmark movies so far, and you also executive produced Campfire Kiss.  (Our own Steve Gidlow once called Paul Greene, your co-star in that, the Cary Grant of Hallmark Channel!)

McKellar:  Right.  I played a math teacher.  Probably no surprise to people that that would be the one I executive produced.

Moss:  We should explain about your mathematician background.

McKellar: I got a degree in mathematics but then I missed acting.  When I started on The West Wing I kept a website where I would answer people's math questions.  I got the opportunity to speak in front of Congress about the importance of women and mathematics, then wrote my first math book in 2007 called "Math Doesn't Suck" aimed at middle school girls.  That's the time when girls start to shy away from math because they are being affected by the stereotypes that tell us that girls [are not good] at math.  So, it's a math book but really a self-esteem building book helping girls embrace their smarts.  Now I've got McKellar Math with books for younger kids as well.

Last year, I had the opportunity to put a lot of this into Campfire Kiss, where my co-star's daughter in the movie was struggling in math, and I help her see how cool it is to be a smart girl.  It was my dream come true to be able to get out my message about girls and math within a Hallmark movie.  It's kinda like peanut butter and chocolate.  My two favorite things, put together!

Moss:  What do you think about how people are consuming video and television these days?

McKellar:  There are so many options depending on the person's lifestyle and what's most convenient!  Some people still have time to just sit on their couch and watch TV.  I don't remember those days anymore.  Every now and then my husband and I will watch Grace and Frankie on Netflix, which is like the greatest show ever.  It's also really fun to see all my friends -- Lacey Chabert, Candace Cameron Bure, Alison Sweeney, Kellie Martin -- on Hallmark, especially at Christmas time.

Moss:  We're doing a series on right brain/left brain in terms of data interpretation balanced with science and intuition.  Do you put that balance into acting or do you compartmentalize?

McKellar:  I compartmentalize.  I think those are just two different parts of my brain.  Like with STEM [Science, Technology, Engineering and Mathematics] versus this new focus on STEAM [including the Arts]; they both exist, but they're different parts of your brain.  I think we need to honor them as being different.  Let them thrive and do their thing.  Making sure that arts stay in the school is so important, and making sure that STEM is strong in school is, too.

Moss:  Candace,after some 20 movies with Hallmark do you have a favorite aspect or movie?

Cameron Bure:  I really enjoy producing.  I've always had input in all the scripts that I've done, but also brought some to the table.  One of my movies, Just the Way You Are, was a story that I wanted to tell, loosely based on my own life and my book "Balancing It All."  That, actually, is my all-time favorite movie that I was able to do with Hallmark Channel.

Moss:  Why was Hallmark the right environment for that?

Cameron Bure:  Hallmark movies always have a romantic element.  But I've done so many it's important to do ones that feel a little different but still stay within the themes of what their movies represent.  So, I wanted to show a marriage that wasn't unhappy, but one [in which the husband and wife] just kind of lost sight of one another because of living life and kids.  It's like they didn't quite remember exactly why they fell in love.  I wanted to tell that story of rekindling a marriage.

Cameron Bure:  That has been an incredible series for me because they are on Hallmark Movies & Mysteries and they don't focus on love but on the mystery.

Moss:  In addition to the movies, and Fuller House, you've been onThe View and Dancing with the Stars, and you've still found time for your cause-related work and your books!  Can youspeak to some of the organizations you get behind, like skip1.org?

Cameron Bure:  Thanks for bringing up Skip1.  We feed people all over the world and also build kitchens in schools in impoverished countries ... and the homeless community in the United States.  The whole concept is that it's pretty easy for those of us that have much to skip something today and feed someone instead.  Could you skip a magazine, or carwash, or even your lunch and donate that amount so someone else can eat?  I also am very passionate about Compassion International which is more of a sponsorship program providing care and education for children in impoverished countries.

Moss:  You're known as a person of deep faith and that's come through your books and your actions.  Through that lens, does appearing on Hallmark networks have a different sense of purpose for you?

Cameron Bure:  Everything that I've done I've carefully chosen -- which networks and what organizations I want to be a part of -- because I am deeply rooted in my faith and choose to do family programming.  That's why I partnered with Hallmark Channel.  I want people to know that if they see my name -- on a Hallmark movie, on one of my books, or for an organization -- they know it's going to be honest and truthful and it comes with family values.

Moss:  You started as a young person in the industry.  Is there any advice that you would give to young people out there now?

Cameron Bure: My advice is to really know who you are before you step out into the world, because the world will want to tell you what you should be -- and the world can force you into paths that you may not want to take.