Political TV Ads Boom in an Era of Powerful Targeting 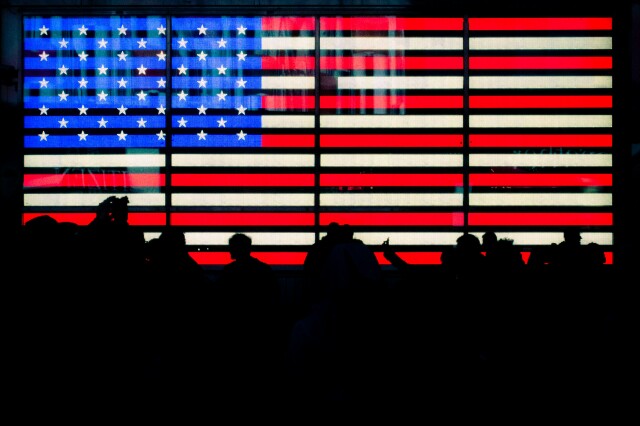 We are living in an age of unceasing attention to political marketing.  Whether it’s political rallies, how campaign activity and influence is disclosed, or what cable news channels and social media content our political leaders are using, there is more attention than ever being paid to how people across the country get information about candidates and issues.

Television in particular has seen increased interest of late as campaigns take advantage of TV’s ongoing digital transformation to make their campaigns more targeted and transparent.  Sophisticated political marketers are using the medium that helped Kennedy beat Nixon, with the most modern targeting tools, and without the drawbacks inherent in purely digital campaigns.  But where the races are really being run -- and potentially won, even for federal races -- are at the local level, which necessitates detailed media placement.

According to Tim Kay, Vice President of Political Strategy at NCC Media, the number of political TV campaigns his company will execute this year has dramatically increased.  (NCC represents multiscreen inventory across the U.S. for national, regional and local advertisers.)  “We’ve grown from 150 races/quarter in 2016 -- a presidential year -- to 250 races/quarter so far this year.  Candidates are embracing television’s fraud-free, emotionally powerful messaging for sure.”

Of course, not every television sales organization can boast of NCC’s capabilities.  The company, which started as a rep firm for television distributors like Cox and Comcast, has since grown into a $2 billion business representing a broad swath of digital TV alongside its traditional linear business.  NCC today can reach nearly 3,000 zones across the U.S. -- making television at a below DMA level a reality for campaign strategists.

Kay, who early in his career was a media buyer himself, noted that in a world where the majority of buys used to go to broadcast networks, political marketers are now following audiences, just like other advertisers are.  “The voter is no longer consuming just the 6 p.m. news," he said.  "We’re seeing them on Fox News and CNN and MSNBC, but it’s more than that; they’re on Lifetime or Food Network.  We’re seeing them on what we call the long tail, and since it’s about reaching likely voters, we can be incredibly sophisticated with the strategies we offer campaigns.  We can target these individual pockets of voters, whether it’s at the county level, the congressional district level or the state level -- and thanks to the information from our MVPD partners, across multiple screens.”

Kay says that what was once cumbersome and time consuming is now, thanks to investments in technology and people, highly efficient and that his team is able to do today in minutes what would have taken days to accomplish years ago.  But the technology (enabling more than 13 million individual commercial units this election cycle) is not, according to Kay, the real story.  “It’s about finding audiences," he explained.  "We’re bringing the right geographies, programming and the other screens to our advertisers.  What we’re doing today is powerful, and what we’re going to be able to do by the 2020 campaign in terms of targeting using addressable TV is going to be outrageous.”

Jeff Haigney, NCC’s Regional Vice President of Political Sales, noted that “what we’ve done to logistically enable targeting and increased intelligence for political advertisers is important; it’s actually reflective of how we go to market with the rest of our segments.  Political advertisers are definitely beneficiaries, but our capabilities are being used by all kinds of brands and advertisers.”

Haigney said that in 2018 political ads are expected to generate $950 million this year -- a figure that four years ago would have been between $600 and $650 million.  That is a significant part of the billions that Borrell estimates will be spent on local and regional races this year.

“What’s also interesting is how the marketplace responds when you’re able to give clients what they ask for," Haigney continued.  "We’ve responded to the political market’s need for expanded news inventory, for example.”

As another example, Kay pointed to the transparency of NCC’s reporting.  “With thousands of zones, and complex data, you might think reporting would be cumbersome, or that we would take a while to turn it around, but our political clients need that information quickly.  With everything in electronic form, not only are we fast, but we’re transparent.  There’s a lot at stake in these campaigns.”