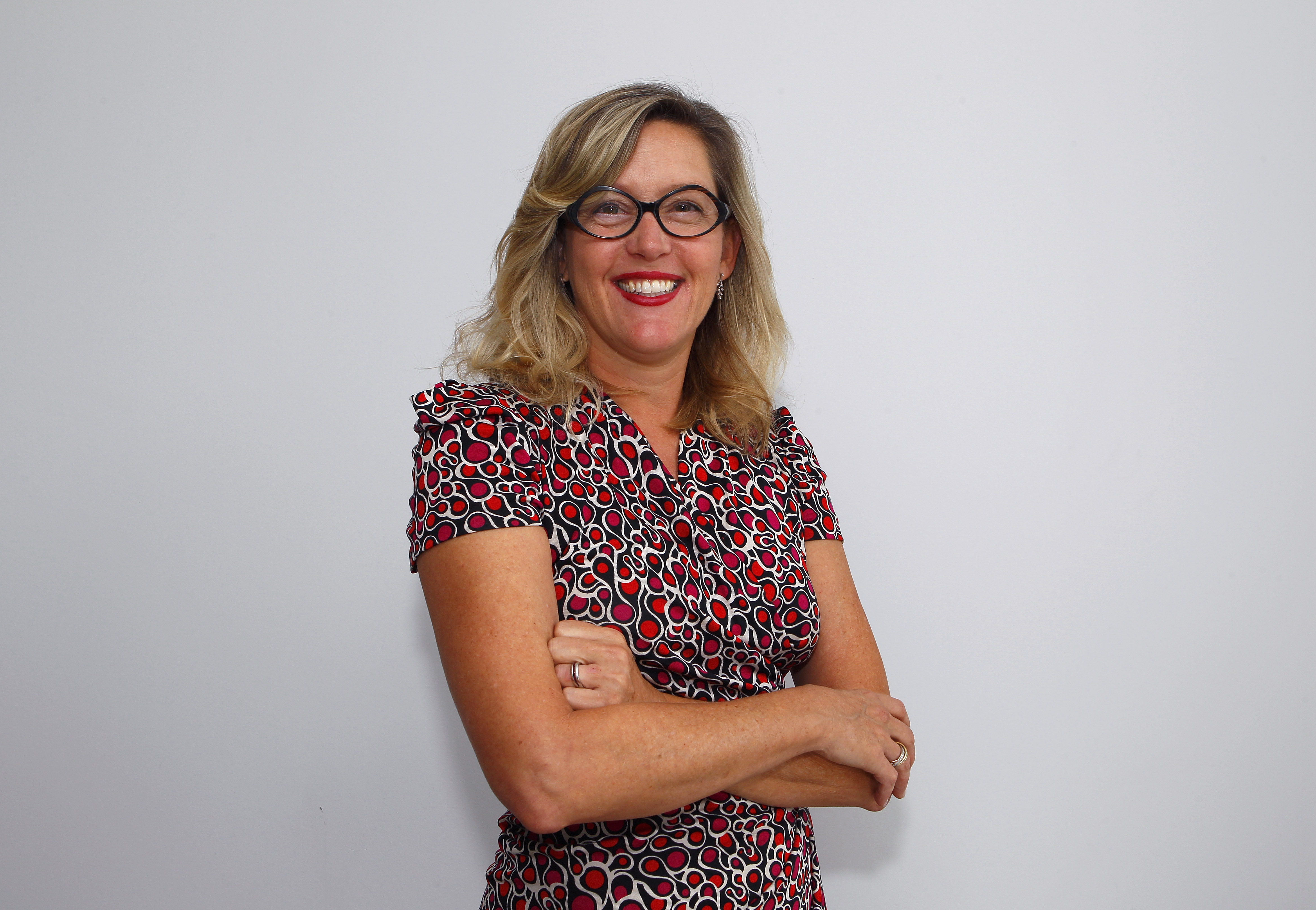 Christine Cook was a pioneer in the emerging world of digital media in the '90s.  Now she's bringing her wealth of experience -- from stints at The New York Times Digital, IAC, Martha Stewart Living Omnimedia and Flipboard -- to the newly-developed role of Senior Vice President of Global Sales and Brand Strategy forTurner'svideo storytelling brand, Great Big Story.  In a recent conversation at their Time Warner Center offices, I asked Christine to share her own story.

Ingrid Laub:  You started your career in education and then moved to digital media.  How did that happen?

Christine Cook:  I moved to New York because my husband was coming to get a PhD and I said, "I'll get a job and support you while you go to school."  I didn't find a position teaching, so I looked in the classifieds.  With my background in literature, I thought I could go into magazine publishing.  I got a job as an administrative assistant reporting to the editor and publisher at a trade magazine portfolio.  It really was the best thing that could've happened, because I understood from that vantage point the totality of how to publish a magazine; how to lay it out, where the ads go and a little bit about pre-press technology.  The publisher recognized the business side of the house was a better fit for me than the editorial side when I questioned why we hadn't sold ads on the website we launched in 1995.  It became my project, and that was really how I got into digital.

That foundational understanding of publishing was fostered when I was hired as one of the two founding sales managers to launch The New York Times Company Digital, which took my career in a whole other direction.  It provided training and leadership skills and I learned how to be an executive as a young woman in a very professional organization.

Ingrid:  Was there a particular person who had a big impact on your career?

Christine:  Wenda Harris Millard.  She joined DoubleClick when I was at The New York Times.  I went to an Advertising Women of New York (AWNY) breakfast and there was Wenda, with two kids and doing this digital job, and I was like, "I can do that, too."  At the trade publication and The New York Times there were female publishers who mentored me.  I have an obligation and honest desire to do that for other young women, providing guidance and taking time to give people feedback from a caring place, both critical and complementary.  I've brought more than a few people along, and I remained active in the AWNY mentorship program until I was at Flipboard.  I'm hoping I have an opportunity to do that in this organization.

Ingrid:  How do you describe Great Big Story and video storytelling?

Christine:  Great Big Story invites viewers to wander the world through a lens of the positivity and potential, in a way that makes them feel that the world is an okay place.  There are heavy things that happen around us, and we need to know about them, but there can also be moments where we feel joy and learn about the wonder of people, how things were created or places that we dream about or want to go.  It's very emotional and uplifting, especially from a global perspective.  The fact that so many people stay through to the end of our videos creates a fantastic space for advertisers.  GBS is really pioneering the future of content and how brands go along on that journey.

Ingrid:  It's snackable content, but it's not junk food.

Christine:  It's high-protein calories!  What's really fascinating for me is that positive emotional component.  What is advertising, other than wanting someone to have an emotional connection to a brand?

Ingrid:  How much of the sponsorship is in the form of branded content?

Christine:  It's 50-50.  There's editorial sponsorship and branded content in the voice of the brand.  We can work with brands who do not have content and allow them to travel with our stories via sponsorship or we can produce long-form branded content.

Ingrid:  You're in both the domestic and international spaces.  Why was the dual reporting structure important?

Christine:  GBS stories connect on a level that transcends cultures and languages.  A lot of brands want to play on that stage, and there aren't a lot of digital companies available to them outside the Big Three.  I spent about six years working at Flipboard, and we reached a global audience in 26 different languages.  It's a different business, but in doing that job I started to understand the global customer.  We have global clients who have been working with CNN and are very excited to have something else to add.

Ingrid:  Any advice for young women -- or men -- who are looking to get into the business?

Christine:  I see a lot of people who are ready for that next title and that promotion.  Rapid movement between jobs is pretty common, especially in digital.  I also see people that hop up too quickly, then max out before they reach their potential.  My advice is to find a mentor outside your immediate circle to give you frank feedback.