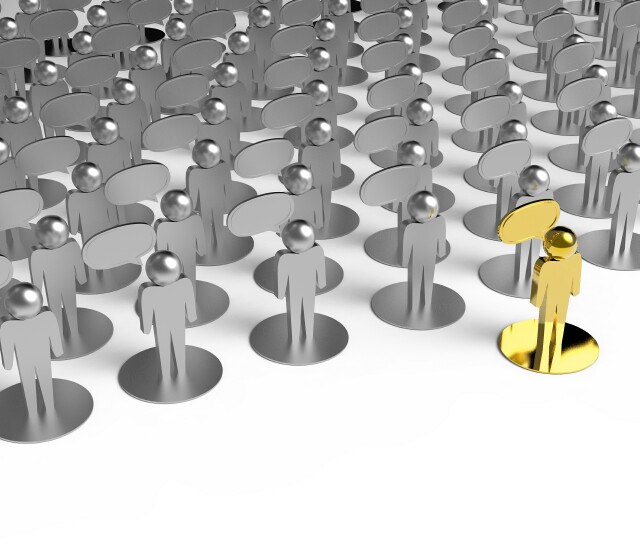 Last week's Cog Blog was enthusiastic in its praise for the speech given by P&G's Marc Pritchard to the IAB leadership conference. We weren't the only ones -- Pritchard's speech received rave reviews all over the world, with Mark Ritson calling it "the most important marketing speech in 20 years." But the reaction from one sector of the industry wasn't so much muted as inaudible. I may very well be reading the wrong blogs/newsfeeds/trade books (and if I have been, someone will tell me) but I'm yet to see any agency commenting on what Marc had to say.  This is odd, as agency people a) like to be quoted on almost anything, and b) are expert at jumping on popular bandwagons.  Plus, much of what Marc had to say could be said to feed into certain well-aired agency themes: ad fraud = bad; technology chain = too long; data in walled gardens = undesirable; agencies being contract compliant = good; agencies being properly paid = excellent.

It is true that P&G's business is in review in multiple markets, and that could make the usual rent-a-quotes cautious, but wouldn't this be the perfect time to ingratiate yourself with the boss?  So why aren't the agencies, from Sir Martin Sorrell and Maurice Levy on down hanging out the bunting and killing the fatted calf?

Could it be that some of the agencies' public statements on the awful complexity of the adtech supply chain, of the need for simplicity and transparency in every step of the process, are not quite as heartfelt as they might appear?  Quite possibly, as many appear to benefit from these inefficiencies.

Then there's the traders' boasts that they and only they are responsible for deals worth gazillions of dollars to this media owner or that platform. How often do you read of holding company X striking a huge media deal with Y?  It has now been quietly but firmly pointed out to the world at large that it's the client's money, and the client expects it to be spent on his behalf and to his benefit.

Finally, there must be some gnashing of agency teeth that the work done by the ANA and ISBA has had an effect on the largest advertiser out there. Remember some of the holding companies' reactions to these initiatives?

The ANA survey was criticized on the basis that the holding companies were (quite rightly) refused permission to be given the names and addresses of all those questioned.  There was the bizarre claim that the whole thing was a plot hatched by the auditors.  ISBA's comments were clearly off-beam as they ignored all those nice awards.

Marc Pritchard's remarks restated quietly and unemotionally the primacy of the client.  He reminded everyone that agencies work for him, and that he expects the best, most objective advice from them.  Dodgy practices, be they lengthy inefficient supply chains or the lack of verifiable access to data inside walled gardens will no longer be supported by his company's cash.

Agency volume deals with some of those implicated by P&G's new rules are at risk. Revenues could be impacted.