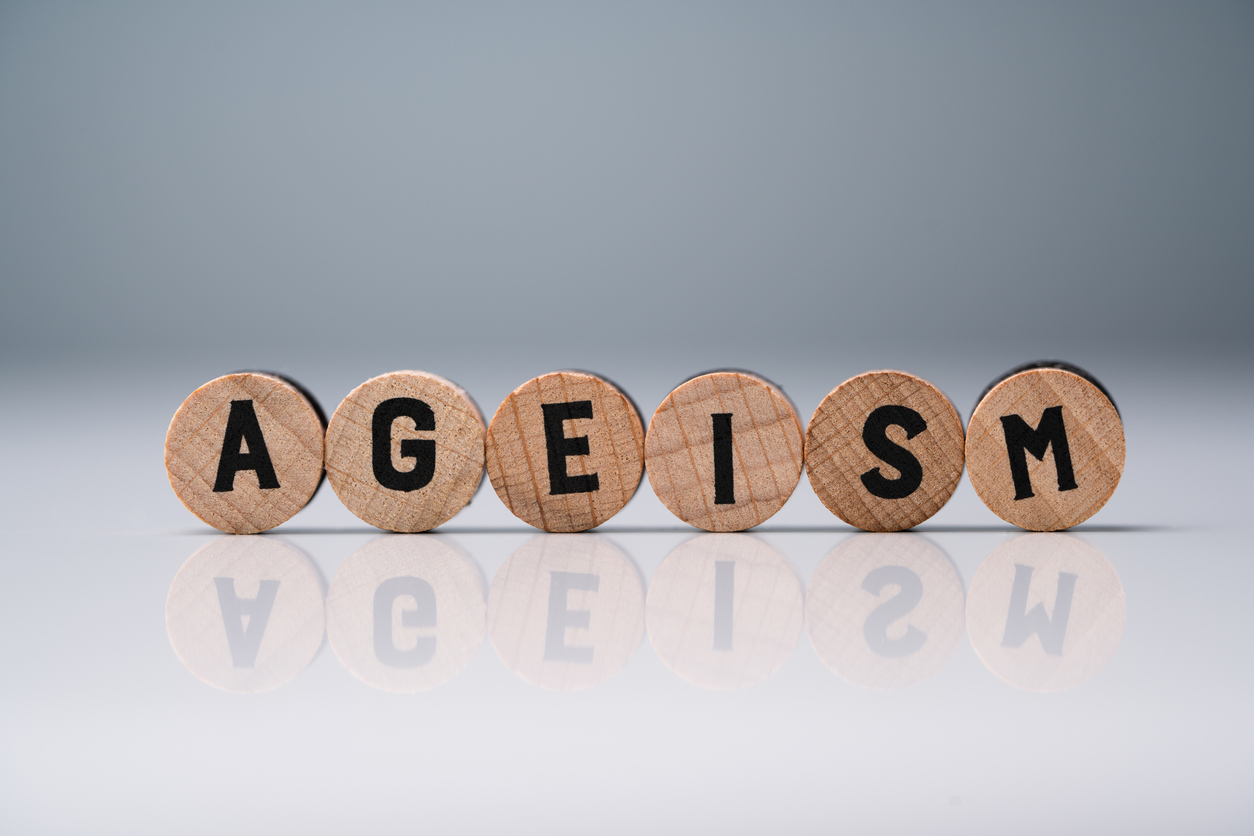 The founder of the world's leading agency dedicated to marketing to people of age. I was honored to have recently participated in one of Jack Myers' more compelling Leadership Conversations, this one focused on the often long neglected topic of Ageism in Media and Advertising. I was accompanied by some of the industry's more prominent thought leaders - Ken Dychtwald, Keith Reinhard and Susan Feldman - and the conversation was well informed and very inspiring. To continue the momentum on such a critical opportunity, I'm devoting this week's column to a deeper perspective on the actions we can take as an industry to begin to make progress toward a future that embraces talent of all ages.

As someone who has been leading the global conversation on marketing to age for years now, I have made the deliberate choice to not explicitly protest ageism. While I strongly believe that ageism is an unacceptable injustice that has no place in our industry (or any other for that matter), I've decided that the best way for our agency to make a difference is to devote our energy and expertise to doing positive things i.e. carrots versus sticks.

Instead of railing against what's wrong with ageism, we are intent on creating inspirational age-based messaging and imagery that can be amplified by our clients' significant media investments. To that end, we eschew the use of ageism terminology in favor of our ambition to help create an "age-nostic" future for media, marketing, and entertainment. Since it will take years to make a meaningful difference in how we judge people by their years, we need to get started immediately. Here are three simple steps to get the momentum rolling.

There is no higher level of Industry recognition than the Cannes International Festival of Creativity. Nothing motivates agencies more than the prospect of winning Gold Lions, and when they make Cannes a creativity priority, anything's possible. Since our industry has a bias to believe that younger minds are more creative than older ones, we should use the influential Cannes stage to begin breaking down our entrenched beliefs. It's time for the Festival to create a new award category for creativity by and for people of age, judged by their peers. Not only would this signal that our industry is dedicated to an age-nostic, inclusive future, it would also deliver tangible proof that creativity itself is also age-nostic. Winning an Ageless Lion will become the ultimate proof that a great idea can come from anywhere, anyone and now any age.

In last week's Leadership Conversation, Keith Reinhardt referenced David Galenson's revelatory work on creativity and age: Young Geniuses and Old Masters (In studying some of the world's most creative minds, he observed that most great artists have two life cycles i.e. they do their best work early in their careers and then later in their lives.) When they are just starting out, artists do some of their best work because their creativity is pure, abundant and unconstrained by the conventions or expectations of others. At the other end of their career, they benefit from the application of years of experience and a honing of their craft, an advantage not yet accumulated when they were just starting out.

If you embrace this learning, the primary takeaway is that older people are still capable of doing their best work. Further, it's also implied that their work may be better than artists who are mired in the middle of their careers, thus deprived of the advantage of youthful exuberance and wizened experience.

So, imagine what would be possible if agencies created hybrid teams of young minds and old masters working together on the same project. Teams that would harness the two most productive creative cycles of life to create incredible work while also proving that people of age can play a critical role in improving the quality of agency creativity.

Sure, there's a good chance that most agencies don't have any Old Masters on their payroll, but not to worry. There's plenty of wise talent for the taking given that the boomers are the greatest free agency talent pool in the history of our economy. Maybe it's time to dip a toe in the water to gain from some of the most experienced minds in advertising and media.

Our industry has plenty of awards programs that recognize the up and comers of our business e.g. 30 under 30. We live in a society that covets youth and we work in a business that has an average age of 29, so it shouldn't be surprising that we like to celebrate people like us.

We also work in cultures that have an "up or out" mentality so we value and want to be like people who are on the rise. By contrast, aging has always been seen as a period of decline, that time of life that comes after your "prime" years and is characterized by diminished productivity and physical and mental deterioration.

So it's no wonder that we don't have any award programs that celebrate the amazing things that people of age are doing to defy the stereotypes of age. While there have been several one-off efforts to recognize people over 50, we still lack an evergreen program that salutes people of age and signals that we value them. There are countless marketing organizations, agency associations and 50+ brands that easily could step up to sponsor this type of program to help us take a step forward. And while we're at it, why not 60 over 60?

There's no doubt that we need to get better at being more inclusive of people of age and I believe that we can and we will. The greatest strength of our industry is our creativity, but it's often limited to the ideas that we create for our clients.

If we were to apply our creativity to solving the deeper, more systemic issues of our industry, no other industry would be better equipped to eradicate bias than us. While our pursuit of an "age-nostic" future is long overdue, our efforts need to be balanced with the other critical social injustices that we're currently addressing.

By founding an agency that's dedicated to marketing to age and by hiring boomers, we've stepped up to help our industry to step ahead. I urge you to also look to the most creative people in your organization to pursue the ideas that will begin the journey to our ideal. We won't solve ageism overnight, but we'll never solve it unless we start moving in the direction of change. Now is the time to lead by example.