Ad Week 2017: How to Hit a Bullseye on Targeted.TV 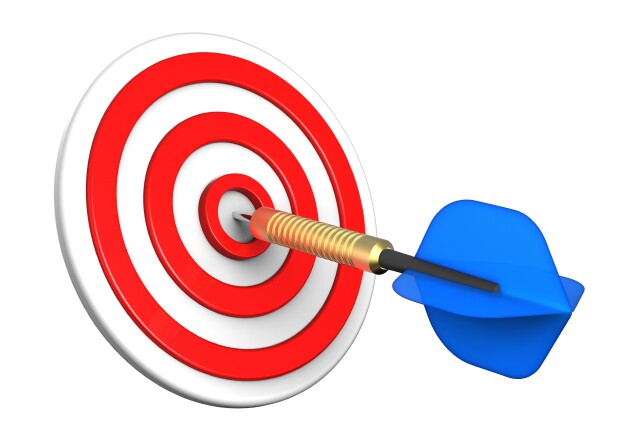 Consumers and the advertising industry would both be better served by a TV landscape of fewer commercial breaks, fewer commercials inside those breaks and, most important, commercials that cater to or address specific viewer constituencies.  Advocates of that belief, appearing on Advertising Week 2017's "Targeted.TV" panel this week, see targeted commercials as a key solution.  The issue, they acknowledge, is how to achieve that result and how soon it can be accomplished.

"Targeted ads are a critical goal," declared Kern Schireson, Viacom's Executive Vice President and Chief Data Officer.  "I want all of us to see professionally-produced, beautiful content that engages audiences."

For consumers to have that environment see the light of day, household data from multiple sources must be gathered and formatted in a manner advertisers, agencies, media planners, TV networks and content makers can unify around.  The solution also must incorporate the impact smart TV sets and TV-connected devices, such as Roku (the first smart TV device maker to become a publicly traded company last Thursday via an initial public offering), Amazon Fire TV and Google's Chromecast are having on a national level.  More than 60 percent of U.S. households now use a smart set or device, allowing them to watch Netflix, Hulu and other services running commercial-free or with limited commercial loads.

What's more, added Michael Scott, Samsung Ads Business Development and Partnerships Leader, consumers watching smart TVs don't want an ad experience similar to what they often encounter on their computers or smartphones.  "We don't sell dumb TVs anymore,” he said.  “We sell a real consumer shift.  They don't want pop-up blockers showing up on their TV that constantly interrupt what they view."

Partnerships with the likes of Google and Facebook could be beneficial in generating a unified approach that can be executed in short order.  "They might also give us clues on how people, especially Millennials, watch commercials," said Rob Weisbord, Chief Operating Officer of Sinclair Digital Group.

Whatever way the solution is reached, it has to be tailored to both individual commercial environments and individual platforms.  If all sides come together and work things out, "We could end up with a marketplace that allows participation from a wide new class of national advertisers" who could not otherwise spend on TV, added Turner Broadcasting Executive Vice President of Client Strategy and Ad Innovation Michael Strober.  He named retailers Pottery Barn and Buy Buy Baby as two beneficiaries of a consortium-adopted targeted TV process.

Former Cablevision Systems executive Ben Tatta, now Co-Founder and President of 605, wants to see those TV/Internet player collaborations come about, along with the use of large focus groups and different data information sources.  "We've got to move beyond the current climate where ad buys are made on the basis of age and gender, to the equivalent of click-streaming data now utilized by Web players," he asserted.

Scott expects the next year-to-18 months will produce some breakthrough practices in data retrieval that forward everyone's desire, coming from independent sources.  Weisbord hinted that Sinclair may be on the verge of experimenting with one targeted approach -- localizing the first commercial, or "A" pod, on TV station newscasts by neighborhoods.  When and where would that happen? He offered no hints.

"At some point, the Earth needs to come together," said Andrew Capone, NCC Media's Senior Vice President, Marketing and Business Development.  "I hope in the next five years we'll cross this bridge.  Maybe it will be 10 years before we forget what the old (commercial) ad system was like."