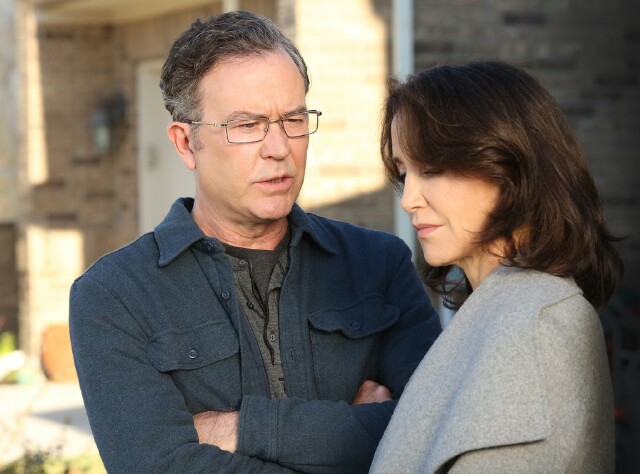 In hindsight, it seems that the second cycle of ABC’s vital limited series franchise American Crime, which debuted on January 6, touched upon all of the issues that appear during this disturbing year to have split this country into two or more parts, including racism, homophobia, gun control, bullying and, most notably, socioeconomic status, which undercuts and/or exacerbates virtually everything else.  It’s clear that executive producer John Ridley, whose creative vision has defined and guided both seasons of American Crime, understands economic realities better than most people working in television. Money may not be everything, but it’s a whole lot easier to cope with mounting personal problems when you know the bills will be paid or that you can afford the best legal help available.

The story began with the online humiliation of an intoxicated gay teenager, a deeply intimate psychological assault made public for the world to see, but as it progressed it became increasingly clear that not everything was not as simple as it seemed.  By the season finale an entire town had been caught up in a terrible situation that had grown worse by the day. A life had been lost, several others had been ruined, careers had been shattered, marriages had come apart and many well-meaning parents had been forced to examine their own behavior. Also, several young people were in extreme despair, the “system” having failed them all regardless of who they were or how they lived.

As with the end of the first season of American Crime there were no happy endings here. Just cold, hard realism and a reminder that this country needs a loud wake-up call if it is going to heal and move forward.

The extraordinary performers in this production included Felicity Huffman as the strident, scheming, borderline sinister headmistress of an elite private school who was willing to do anything and sacrifice anyone to protect the hallowed institution as well as her own standing in the community; Timothy Hutton (pictured at top with Huffman) as the school’s coach, who found himself pulled into the growing scandal first by association and then through his own child; Lily Taylor as the hard-working, financially disadvantaged single mother of the exploited gay teenager, determined to put things right for her son, and Regina King as a wealthy businesswoman who could not deal with the fact that her son was involved with bad kids. 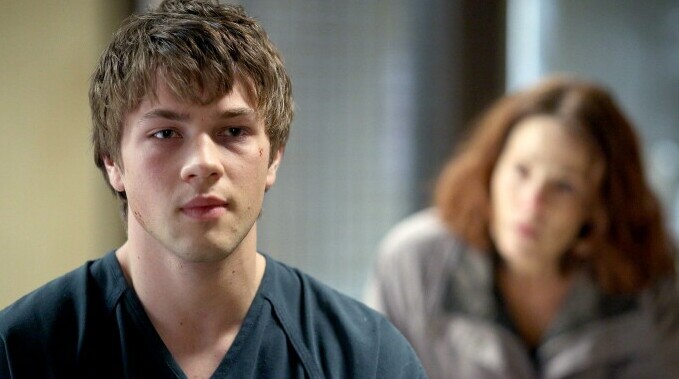 But the scene-stealers here were two unknown young actors, Connor Jessup (pictured above, with Lily Taylor) and Joey Pollari (pictured below), as two gay teens in crisis, one the apparent victim of sexual assault, the other the accused, and both forced to confront homophobic behavior from family, friends, classmates and others, with devastating results. 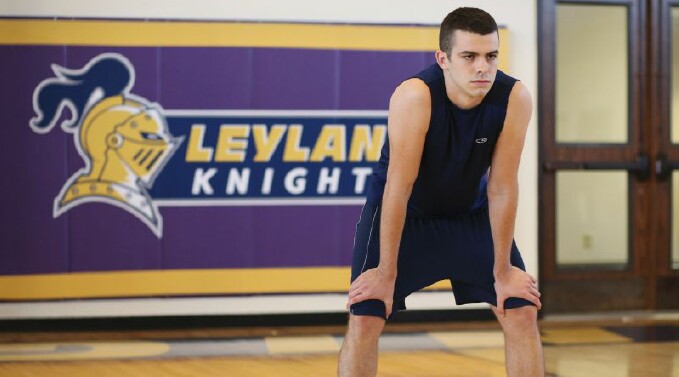 If Jessup and Pollari don’t become big stars after this, that will be a true American crime. The same holds if ABC ever decides to terminate this important and engrossing franchise. Fortunately, a third season is in production.